Take Better Notes During Meetings By Thinking Like A Student 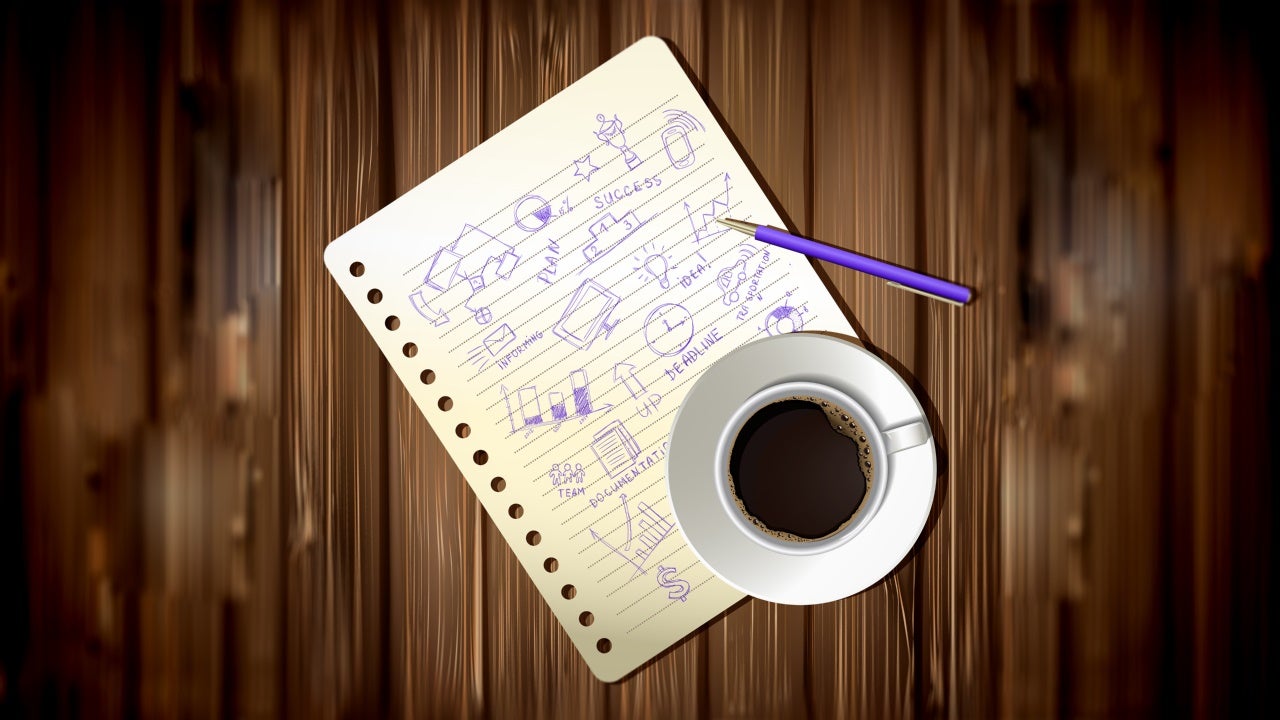 Just because you're writing everything down when you're in a meeting doesn't mean that you're engaged. Absent-minded note-taking isn't beneficial if you don't put thought into what you're writing; instead, you should approach it like a student.

A reporter recently interviewed me for an article about a product called the Listening Table. This slightly more sophisticated version of a tape recorder would record meetings, and highlight the transcript in places where someone tapped the table to indicate an important point.

The reporter asked if this was an efficiency breakthrough. My gut reaction was no. Physically taking notes isn't a burden, it's a benefit in meetings. I suspected that people taking notes would have a better handle on information than those outsourcing this to the table.

To make sure, though, I later talked with Maryellen Weimer, who maintains the popular The Teaching Professor blog, and has helped many professors teach their students to take notes. She confirmed that note-taking has both a process and product benefit.

"The actual process of writing something down when you hear it is very important in helping you remember," she says. The product benefit is obvious: "You have an artefact from that meeting. You have something tangible in your possession, so that subsequently, the next day, or two days down the road, it can trigger your thinking about what happened in that meeting."

While you can outsource the second benefit in the form of getting the minutes or a transcript, only you can take advantage of the first benefit. So even if the meeting will be recorded, or someone else is taking and disseminating notes, you're still best off taking your own, too. Here's how to do that better.

Start Before The Meeting

The best students don't go into lectures blind. They have looked at the syllabus, and seen what topics will be covered, and what they will need to know. Likewise, you can look at the objective for the meeting, and study the agenda. "What's the meeting about? What am I supposed to be getting out of this?" Weimer suggests asking. Try reframing agenda points as questions (which you can write down where you'll write your notes).

To be sure, "people often err on the side of writing too little as opposed to writing too much," says Weimer. But unless you're a court stenographer, you probably don't have the ability to get it all down verbatim. Instead, focus on the answers to the questions you've jotted down, or things that have particular resonance for you. If possible, "put it in your own words," says Weimer. While a journalist wants an exact quote, for most things in life, the point is more important than the phrasing, and by putting the concept in a way that makes sense to you, "you're making your notes your own."

Review What You Wrote Immediately

"Shortly after you've taken your notes is the best time to try to organise those notes," says Weimer. Students who review their notes five minutes after class get higher scores on exams than those that wait two to three days. Connect concepts that go together with arrows. Circle what you find most interesting. Write your initial reactions to action items, or observations (e.g. "John not thrilled with this — need to follow up individually with him.") You could do a modified version of the popular Cornell Note-Taking System: basic notes on the right side of the paper, your main points and takeaways on the left.

Come back to your notes from time to time. Just as students don't do well when they only revisit notes right before the test, your final progress review will go better if you've been consistently reviewing the notes from previous meetings (for instance, you might remember to go talk to John, and figure things out before he blows up).

Look At The Big Picture

Does all this — the prep, the writing, the processing, the reviewing — seem like a lot of work for any given meeting? If so, perhaps that meeting doesn't really need to happen. Save the calendar invites for those meetings that make all this note-taking seem worthwhile.

How to Master the Art of Taking Better Notes [Fast Company]

Laura Vanderkam is the author of several time management and productivity books, including I Know How She Does It: How Successful Women Make the Most of Their Time (Portfolio, June 9, 2015). She blogs at LauraVanderkam.com.