You spend a lot of time taking notes in university. You have several excellent options for doing so, and which works best for you depends a lot on your note taking style. It’s best to pick software and stick to it so you don’t to worry about moving stuff around later. Here’s how to make the right choice from the outset. Photos by: Chris Lott, Guudmorning!

Evernote has long been the go-to for students, and while it’s not always obvious how you’d use it, once you get the hang of it, Evernote’s a great place to dump everything, which means notes, to-do lists, audio and images.

Evernote does a lot. On top of the basics, like rich text formatted notes and images, it has in-app image annotation, OCR support for scanning paper or whiteboards, email integration, easy notes sharing, a web clipper and a ton of organisation tools. You can keep to-do lists with assignments, then add due dates to those assignments before you share that list with people involved in a group project. Evernote is a behemoth and because of that, it has a consistently improving interface on Windows and Mac, and mobile apps on Android and iOS that are updated with new features often. Evernote’s meant as a catch-all filing cabinet for every thought, idea and image you come across in your daily school life.

The everything-bucket nature of Evernote means it’s overwhelming for some people and it takes some effort to really master it. It also has so many different organisational methods that it’s easy to spend more time trying to decide where to put a note than it does to actually write it. It can also be a bit slow and cumbersome, especially if you’re trying to use the mobile apps on older devices.

The other big catch with Evernote comes in the form of a recent price increase. Now, free users are limited to accessing Evernote on just two devices, like your phone and your computer. If you want more than that, you’ll need to shell out for a premium plan. Thankfully, premium plans are currently 75 per cent off for students for a full year (which should translate to about $US18 [$24] for the year).

Microsoft’s OneNote has come a long way in recent years and it easily goes toe-to-toe with Evernote in features. Even though OneNote is part of Microsoft Office, it’s still entirely free, which makes it an excellent option for students. It’s even more appealing if you’re already using Microsoft Office for most of your schoolwork. OneNote is available as a desktop app and a web app, as well as for Android and iOS.

Like just about every other Office application, at a glance, OneNote’s a complicated app to work with. You’ll find it has a ton of menus, tabs and options. While it’s overwhelming to start, OneNote’s great for anyone who likes to really dig in and organise notes. You can create separate notebooks for every class, add rich text formatting to text, draw on notes and highlight text.

If you’re actively using the rest of Microsoft Office, OneNote really shines because the whole ecosystem is hooked together. You can embed tables from Excel, pull clips from emails or link research to Word. OneNote also does a lot of the magic tricks that Evernote does, including importing images into notes, drawing directly on notes with a stylus, recording audio to notes and easily saving links from any browser. You can also share notes with other classmates easily.

Like most of Microsoft apps, OneNote’s biggest downfall is its massive scope. It’s packed with menus, which means quickly scribbling down an idea is out of the question. It’s also not particularly pleasant to look at and between the awkwardly coloured tabs and the vibrant purple colour-scheme, a lot of people might be turned off by the design alone.

Google Keep is Google’s free note taking app that’s made to capture notes, lists, photos and audio. On top of the web version, it’s available on both Android and iOS. We’re big fans of Google Keep because it sits in a middle ground between complex notes apps like OneNote or Evernote, and simple apps like Simplenote.

Google Keep does pretty much everything you expect of a notes app from Google. You can organise notes easily using a colour coded system, look for anything with a powerful search engine, share notes with others and everything is synced up to your Google account. Students will appreciate the simple voice recording options and the ability to scan images into text easily, which comes in handy when your teachers still give you handouts. Keep also has a clipping extension so you can add URLs to your notes, which should be a huge help when you’re researching different topics.

Unlike Evernote and OneNote, you don’t need to spend a significant amount of time learning how to use Keep. Just load it up and it immediately makes sense. It’s also well hooked into the Google ecosystem so do something like saving emails from Gmail work seamlessly, though there’s still no direct integration with Google Drive.

There are other downfalls that stem from that simplicity, like the fact you can’t format text, you can’t organise notes into different folders and Keep doesn’t works great for larger blocks of text. Keep’s best for those who don’t mind using the search function to find notes and who aren’t too verbose with their note-taking in general.

Simplenote Is Best If You Only Want to Store Text 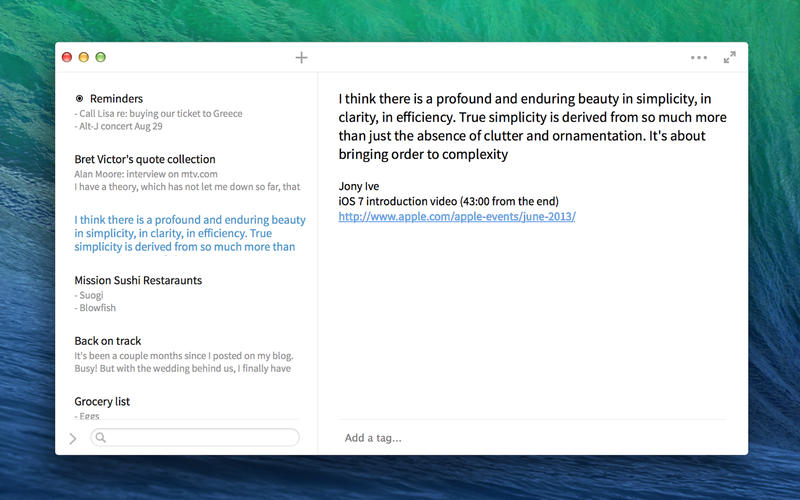 Not everyone wants to take massive, complicated notes. Some people just like to write down a few sentences. For that, we’re fans of Simplenote. Simplenote is free on Windows, Mac, iOS and Android.

Simplenote is basically a plain text editor with small organisational tools. You can only type text, with no formatting. You can’t add images, audio or video. You can’t add web clippings or integrate emails. That said, you can organise notes with tags, and the simplicity of plain text means Simplenote’s search is robust and fast.

That’s it. That’s all Simplenote does. The scarcity of features is a feature in itself though, and if you’re taking classes where you’re just taking basic text notes, Simplenote is all you need.

Pen and Paper Are Still Great 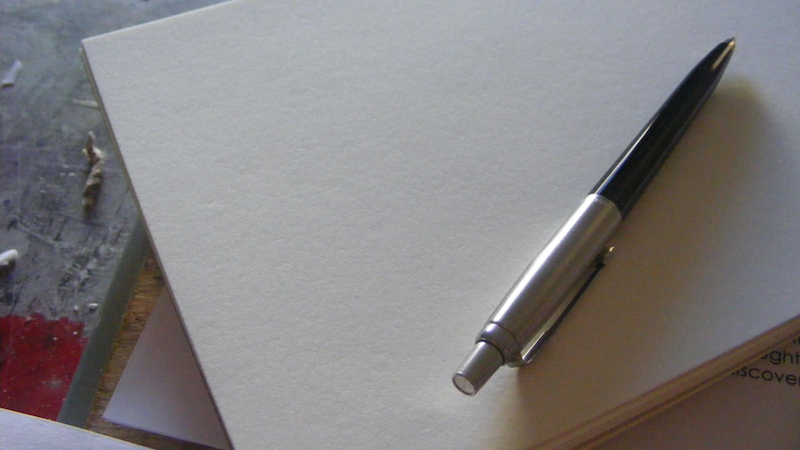 Look, you’re probably spending an inordinate amount of time staring at your screen these days. You’re writing papers every other day, taking a couple of classes online, and when you’re not busy being crushed under a mountain of homework, you’re zoning out watching Netflix. Which is all to say, sometimes the best notes app is no app at all, it’s just a normal notebook.

Good old pen and paper can be useful for other reasons too. For one, if you’re easily distracted, a notebook has the benefit of not having access to the internet. Notebooks are also surprisingly customisable, with lots of different organisation methods like Bullet Journal or line edges. Notebooks also allow you to take notes in any style you prefer for every subject, whether that’s creating columns, mind maps or whatever else.

Pen and paper does have plenty of problems too. You can’t search through notes, easily share them with classmates or access them from a variety of devices if you accidentally forget your papers at home. Many people can also type much faster than they can write, which means you’ll need to pay more attention to what you write to keep it short.

You’ll still need to pick out a good notebook and pen though. You have a ton of options here, but Moleskine’s are a popular favourite and come in a variety of sizes with different types of paper. Pens are perhaps less important to most people, but if you’re looking for a popular pick, Pilot pens are always a solid choice.