Evernote and OneNote are two of our favourite tools, but both have changed substantially since we last compared these two apps — in some ways, not for the best. Here’s where these two stand today.

In the last year, Evernote introduced a new pricing plan, redesigned its webapp, and added new features for its Android and iOS apps.

Let’s talk price first with Evernote, since it’s seen the biggest change in the last year. The free plan no longer lets you email notes to Evernote, something most users enjoyed and used often prior to that change. Although you can get around this limitation with an IFTTT recipe, you won’t get the full flexibility of Evernote’s email-to-notes feature, such as specifying your destination notebook in the email subject line. So that’s a bummer.

On the positive side, however, Evernote introduced a new, more affordable paid plan called Evernote Plus. For $29.99 a year, you get offline notebooks for Evernote’s mobile apps and the ability to lock the app on your phone with a PIN.

Finally, Evernote’s Premium plan now costs $56.99 a year which is an increase of around $5. But in return for those five extra bucks, you get larger upload limits: 10GB a month, instead of the previous 4GB data cap. With Evernote Premium, you can search attachments, scan business cards, view previous note versions, annotate PDFs, and use the new note presentation mode.

Last year, Evernote took its redesigned, minimalist web client out of beta. Though slicker and easier on the eyes, the makeover also made the webapp less functional. You can’t order notes by tags or select multiple tags at once, for example, like you can with the desktop app.

Speaking of the desktop app, nothing’s really changed with the Windows version, but the Mac app got a few updates, including a better notes editor, Split View, and new keyboard shortcuts. 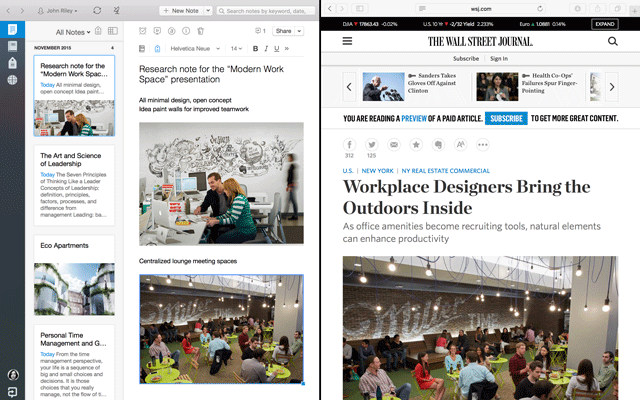 My favourite change is with the web clipper, which added more options for quickly collecting web articles. I use Evernote mostly for saving information rather than taking notes, so this was a nice step forward.

New Evernote Features Have Mostly Been for the Mobile Apps

Evernote hasn’t added a ton of new features for their Windows or Mac apps, but there have been some significant updates for the mobile apps. Evernote added handwriting support for Android and iOS. The new Android widget is more customisable and lets you quickly take notes in two taps, dubbed “simple notes.” Evernote for iOS got an improved web clipper, 3D Touch support, notes peeking, and notes search from Spotlight.

Evernote the Company Seems to Be Floundering

Despite these improvements, the app isn’t any quicker or more stable. In fact, it seems more buggy and bulky, takes longer to sync notes, and I’ve at times found notes duplicated. Also, a quick stroll through Evernote forums and elsewhere reveals paid users complaining that customer support seems to be getting worse.

There have been ending support for Skitch and Clearly, it’s reasonable to be concerned about the future of one of our favourite note-taking apps.

OneNote, for its part, has been ramping up in the last couple of years to be a better, free cross-platform app. It’s still best on Windows in the desktop app, but Microsoft has been paying more attention to the web-based version of OneNote and the Mac, iOS, and Android apps as well, so non-Windows users can make better use of the note-taking tool regardless of their platform preference.

Previously, you needed to buy the Microsoft Office suite (either as a 365 subscription or the standalone software) to get the full version of OneNote. That included password protection, the ability to see previous versions of your notes, audio and video recording, audio search, and file attachments and insertion in your notebooks. Microsoft removed those restrictions last February so OneNote is now completely free.

There’s still a paid version of OneNote 2016 that lets you store your notebooks outside of OneDrive. However, we like 100% free, so we’re ok with the OneDrive requirement.

OneNote Has Improved Its Web and Non-Windows Apps

Continuing a push for cross-platform compatibility, Microsoft has updated OneNote Online, as well as the iOS, Android, and Mac OneNote apps.

On the web, you can now hide notebooks and crop images, but the biggest recent addition is the ability to insert audio, video, and other files into your notes. That’s great for recording meetings or lectures. The web clipper is also now available for Safari and Firefox.

OneNote’s most useful new update arrived in its Android app: the OneNote badge. Like Facebook Messenger’s “chat heads,” the badge hovers over your screen so you can create a new note in one tap. 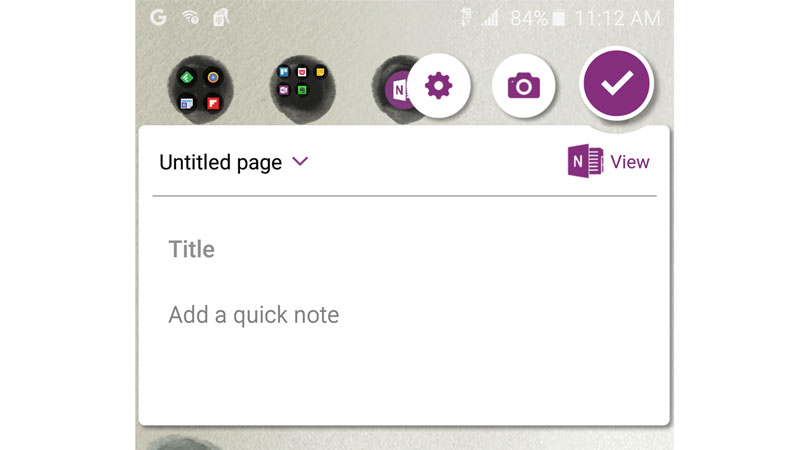 Finally, and perhaps most importantly, getting notes into OneNote is much easier across all apps and versions. You can email yourself notes or use Microsoft’s new Office Lens app to insert documents, photos, or whiteboard notes into OneNote. The web clipper is also a lot more functional. Previously, you had to switch to a different window to choose the notebook or section to save your clipped web page to. Now you can choose the section to save your note to or even save just a part of a web page without leaving your browser. 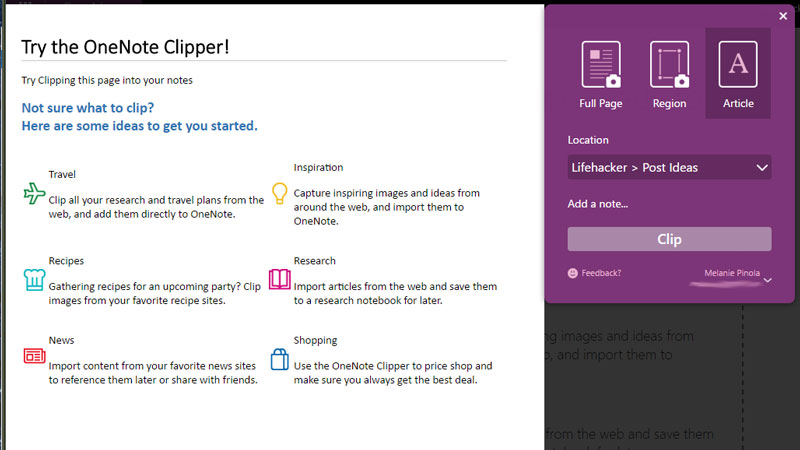 OneNote Is Still Limited in Some Editions

Despite the useful updates, OneNote is still better on Windows than it is on the Mac. You can’t collapse nested notes in the Mac version, for example. The OneNote Windows 10 app and OneNote Online also still have catching up to do to be as good as the Windows desktop version. So while Microsoft seems to be focusing more on non-Windows OneNote users, the app’s still best on Windows desktop.

Evernote vs. OneNote: What Hasn’t Changed

The Bottom Line: Evernote Is Still the Best Web-Clipping Tool, OneNote Is Becoming a Better Digital Notebook for All

As similar in purpose as these two apps are, they’re distinct enough that you can use both in tandem, or one will speak more to you. Evernote is better for collecting and organising information and mobile note-taking (though you’ll need to pay to access your notes offline). OneNote is better for creative note-taking and includes many of the features of Evernote Premium for free, such as offline access to notes on mobile, searching within attachments, and annotating PDFs. You also get more storage space (15GB free storage, shared with other Office apps) compared to Evernote’s free 60MB a month.

If you’re still on fence, here’s some further reading:

Are you an Evernote user who’s thinking of making the switch to OneNote? Microsoft introduced a new Evernote import tool for OneNote just this week. Maybe Evernote will introduce a OneNote importer one day.