Even though you just installed iOS 14.5 — you are using the new operating system, correct? — it’s time to take a trip back to the Settings app and grab a just-released update from Apple that patches up a number of important iOS vulnerabilities. And while all security update are critical, this one fixes two vulnerabilities that are actively being exploited in the wild.

In other words, don’t wait. You’ll be tempted to, since it looks like a minor update and all, and you need to use your iPhone or iPad for something else right now so maybe later. If that’s you, make sure you’ve turned on Automatic Updates in Settings > General > Software Update at minimum, but you should really just take the few minutes it takes to download and install the update right now. 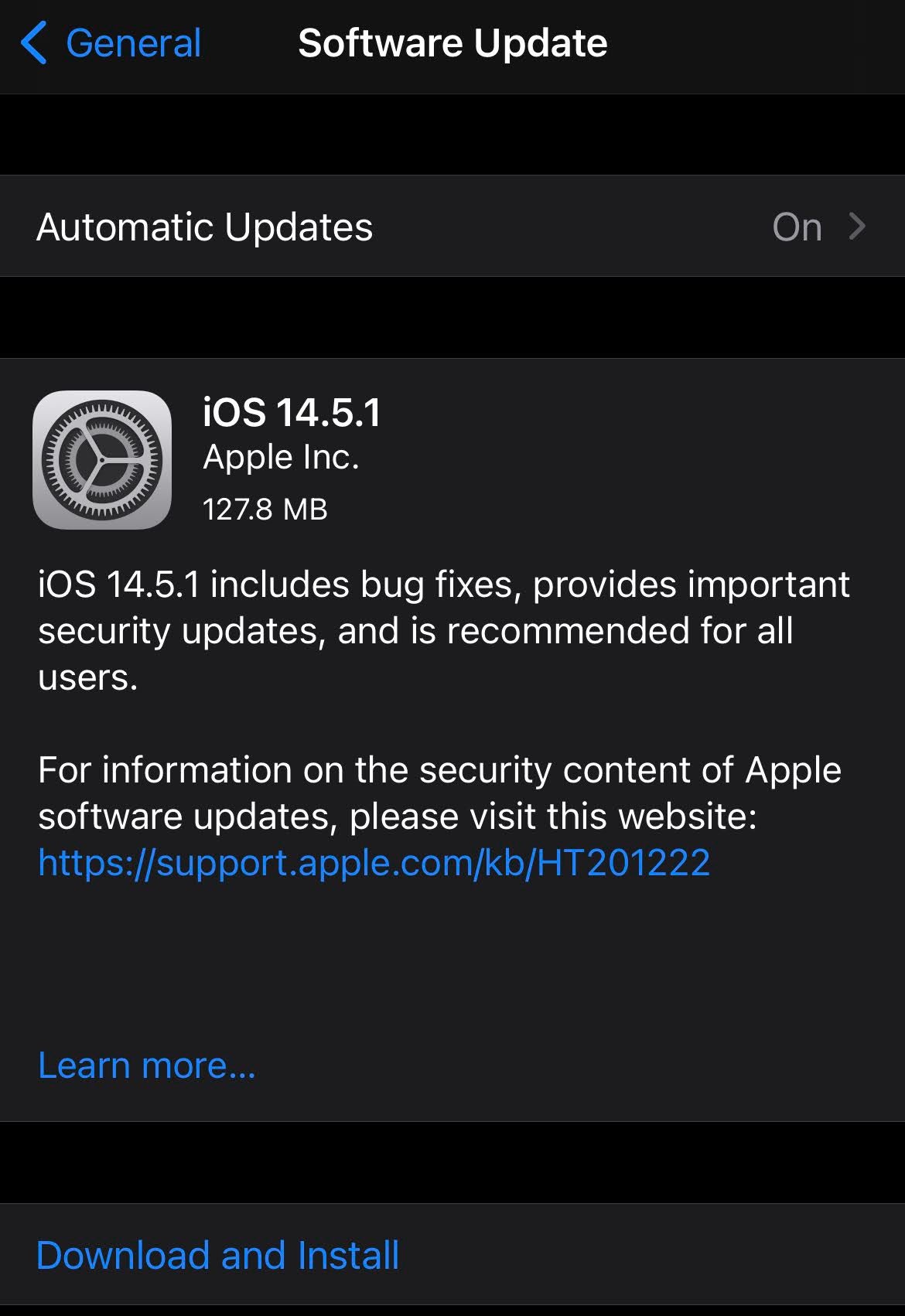 As Apple describes in its security notes, iOS 14.5.1 fixes two issues with WebKit that could allow an attacker to remotely execute code on your device if you visit a website that’s set up to take advantage of the vulnerabilities. As for the full geek-speak for what Apple fixed:

Though odds are good that you probably wouldn’t run into these kinds of attacks, there’s no reason to wait to patch your version of iOS. The update is all of 100MB or so, which shouldn’t take very long for you to download over wifi. (I wouldn’t waste my data by doing that over a cellular connection.) In fact, in the time it took me to write this paragraph, my iPhone already downloaded and began preparing the update — the latter process taking about five minutes or so to chug its way through on my iPhone 12 Pro Max. Of course, your personal results may vary.

Once it’s downloaded and processed, you’ll need to tap “Install Now” to get the update installing. Your iPhone or iPad will reboot itself, and you’ll be good to go after another 5-7 minutes.

In total, I’d say the entire update process took me about 15 minutes, and that’s including downloading, preparing, and installing the update. That’s a little more time than I expected, sure, but try to do it at some point during your day. Let the update chug while you’re in a work meeting, taking a bathroom break, or warming up dinner.