How To Find A Good Car Mechanic

We’re all terrified of getting ripped off by car mechanics–it’s a cliché for a reason. And since most people don’t really understand how their cars work or how they’re maintained, the process of getting a vehicle worked on can be nebulous and intimidating. But if you feel uncomfortable with something, you don’t have to take anybody’s word at face value. You can always shop around.

Even if you have some conceptual knowledge of what makes your car run and what kind of repairs it might need, you’re still at the mercy of a mechanic when you leave a car with them.

I, for example, have been playing with cars and researching them for something like two decades. I currently have four that are all old and need to be cared for pretty actively to be kept roadworthy. But I do not have the skills or time or tools or workspace to do that much automotive maintenance myself.

(My fleet management solution is a mixture of patience and careful budgeting, but that’s another blog.)

Anyway, as you can imagine I’ve had relationships with many mechanics in 15-odd years of odd car ownership. In my personal experience, most are not in the business to “screw you,” the good ones will be realistic about what kind of care is appropriate for a car and budget and charge market rates for parts and labour. But none are infallible–some do make mistakes, and those can cost you just as much as an unscrupulous shop that will try to bill you for unnecessary work.

So how do you find the good ones? 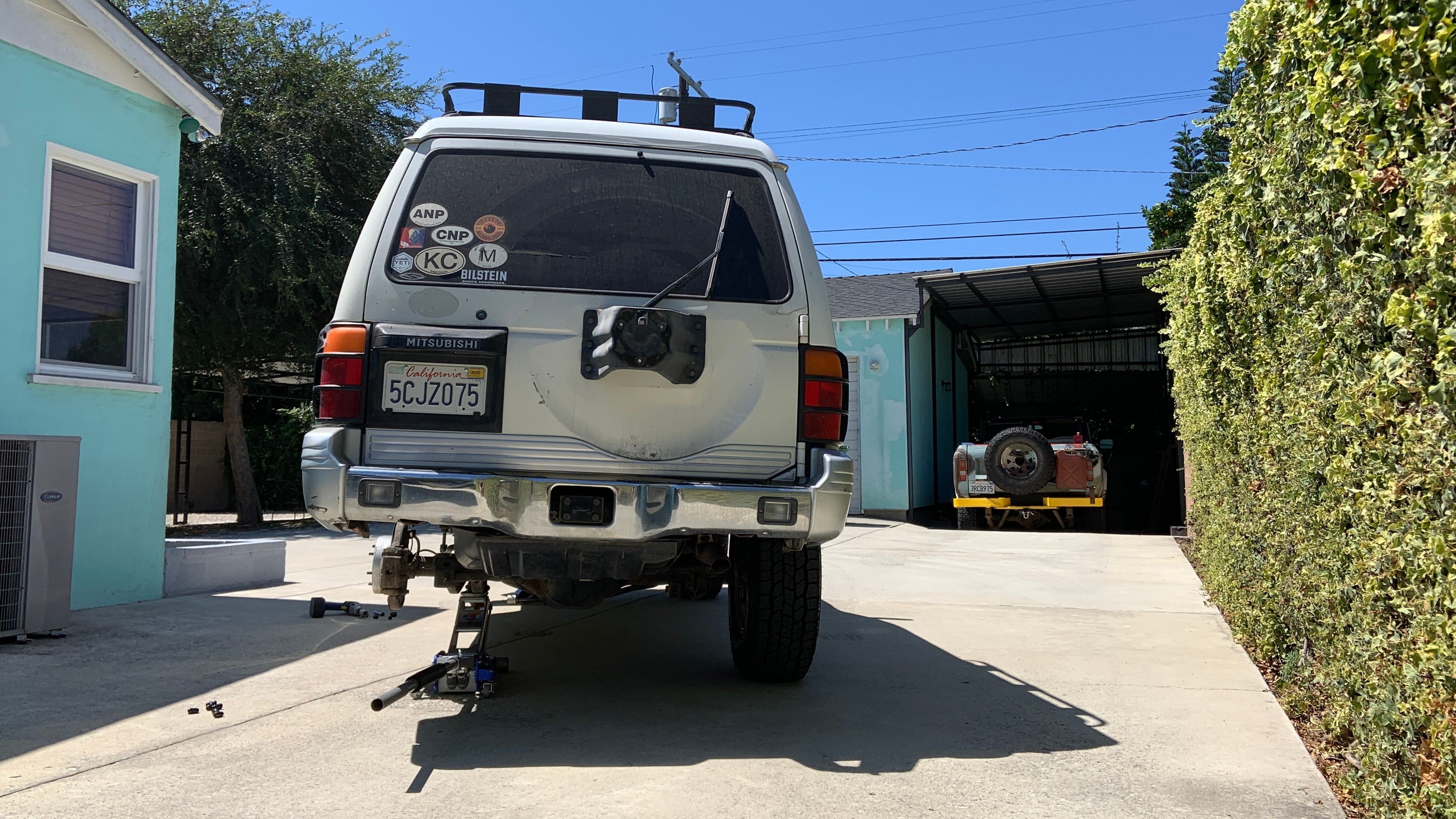 You might want to bounce if your mechanic tries to work on your car like this. As soon as you get your wheel back. (Photo: Andrew P Collins)

Looking at reviews online is a good place to start but it shouldn’t be your last stop. The loudest people online tend to be the angriest, and you never really know what the deal was that made somebody sour on a shop. Maybe they brought in some ancient clapped-out jalopy that’s been on its last legs for years and got miffed when it couldn’t be worked on, or they ordered a $1000 paint job and were surprised it only lasted a year. (In case you’re wondering, painting an entire car correctly is a labour-intensive process that generally costs a few grand at least.)

Reviews can be juiced in the other direction, too. Maybe a shop paid for a flood of five-star ratings from people in a click farm in Pakistan. I doubt that’s a common occurrence, but I’m sure some version of that has occurred.

Point is–you can at least get an idea of what’s out there with reviews, and weed out ones that seem egregiously terrible.

I know the average consumer is going to write this off as too much work, but all my personal favourite mechanics were found through car forums and Facebook groups.

This is a much finer sieve of vetting than random Yelp reviews–a community of people who are into your kind of car will probably know a tech or two who’s been proven to be knowledgable and trustworthy.

If you’re not into this already, try Googling “your car + Facebook group” and see what comes up, I bet even the most humdrum daily driver has a fan base and some active people who could give you suggestions on where to get your car worked on.

In Los Angeles, we’re spoiled for choice in car experts. Not only is this a hub of car enthusiasts, but there are just so many cars around that mechanics can thrive on a niché. Plenty of shops say they specialise in Mercedes-Benzes or Hondas, but you can even find an Alfa Romeo or International Harvester place here if you look hard enough. As far as tracking these down, see previous subheading.

But even if you’re living somewhere that doesn’t have a population of six million people and 600 billion (rough estimate) cars, it can still be possible to find a mechanic who at least specialises in certain types of vehicles. Sending your car to a place like that will increase the likelihood that the technician’s seen your problem before, which should theoretically translate to a quicker diagnosis and less downtime.

Trust your instinct when you roll up to, or walk into, a shop. If it feels sketchy, just bail. If it seems OK, tell the person behind the desk what your problem is, and if you don’t get a good feeling there either, again, you can leave. Based on what I’m hearing from folks in my own social circle, this seems to be something a lot of people don’t understand and what inspired me to write this blog post.

If you do get a decent vibe and want the mechanic to do a diagnosis, make sure you know upfront what you’re paying for and authorizing. Some assessments can get done for free, others aren’t. If a mechanic just needs to visually inspect something, that might not cost anything. If they need to perform any kind of pressure test or break out diagnostic equipment, you’re more likely to get billed. (But if you just need to know what your Check Engine light means, most auto parts stores can plug in and answer that one for you for free.)

It’s OK To Walk Away

If you’re in the middle of nowhere and your car’s catastrophically damaged, you might not have a lot of options and may be stuck paying whatever you have to to get back on the road and get home.

But in almost any other situation, if you get a repair quote estimate that seems high or unlikely or off, there’s nothing wrong with you politely declining, collecting your car and taking your business elsewhere.

That said, you might go to a second shop only to get a similar prognosis and price, but at least then you’ll have the peace of mind that the situation’s been validated a little more.

“My buddy can do it cheaper,” is a phrase so infamous it’s become a part of memes in the car world. I mentioned reading reviews and polling your local car community before comparison shopping for repair bays in this writeup because price shouldn’t be the most critical stat when it comes to sourcing labour.

Shops with talent tend to charge more money, and you don’t necessarily want a bargain basement job done on one of your car’s systems that could mean the difference between crashing or not.

TL;DR: Take Your Time When You’re Hiring A Mechanic

So now I’ve told you to shop around for better prices, but don’t necessarily go with the cheapest option, and essentially created a “helpful” guide that seems just as vague and confusing as the words your mechanic’s throwing at you followed by scary numbers. Fuck me, right?

The annoying reality is that both are true: you should comparison shop, but not just for price, for the whole experience.

Keep your eyes and ears open when you’re looking to get your car repaired and try to enter the transaction with the empowered mindset of somebody who can just take their business elsewhere if you have any misgivings. Because you can!

You can also decline service, go home and do some research of your own, and bring your car back to the same place later if you decide their analysis was OK after all. Or just bring your car home to save up for a big job. I’ve done that plenty of times myself.

Of course, I have the luxury of a fleet of cars I mentioned earlier, and can usually use another when one needs to be mothballed so I can save for a repair. So maybe the best solution to car problems is just to buy more cars!

That’s a joke, by the way. But I’m sure there will be more constructive alternatives in the comments by the time you find your way to this blog.