Check If Your Android Device Has Been Infected By Malicious Adware

Another wave of sketchy apps has been banned from the Google Play Store. This time around, the offending apps all came from one publisher, CooTek, who has been accused by the security firm Lookout of deploying the malicious adware BeiTaAd in its apps.

According to 9to5Google’s summary of events leading to the Play Store ban, Lookout began investigating a number of apps after it caught wind of user complaints about aggressive in-app ads. Some user even reported their devices had become unusable due to the high volume of ads being pushed — even when the app wasn’t running. The firm discovered that the reported apps were all published by CooTek, and that they all contained the BeiTaAd adware. 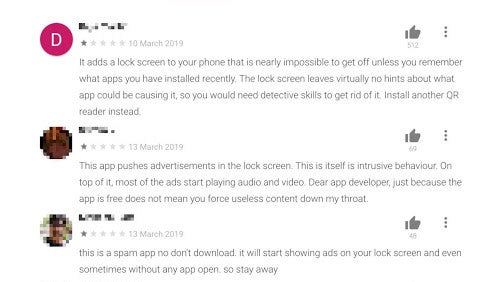 Examples of some of the user complaints. (Screenshot: Lookout)

It only gets worse from there: In response to Lookout’s report, CooTek said it would be removing the adware from its apps, but further investigation from BuzzFeed revealed that many of the apps still ran BeiTaAd despite CooTek’s promise. Google finally responded by banning CooTek and over 200 of its apps from the Play Store.

Check your devices for CooTek apps and BeiTaAd adware

Google may have removed the apps from the Play Store — which means they are no longer available to download and may even be disabled or uninstalled — but that doesn’t mean BeiTaAd has been scrubbed from your device. Furthermore, CooTek published hundreds of apps, many of which can be sideloaded or installed via third-party app stores by unsuspecting users — but there’s a way to check if your system is infected.

Since a list of 200-plus apps would be too long for us to include, we’re instead recommending that readers use this diagnostic tool from Lookout to check for the presence of BeiTaAd on their Android devices. If the test comes back positive, follow Lookout’s instructions for how to begin removing the adware and any CooTek apps.

Even if you’re safe, these recent app bans and investigation raise serious concerns over Google Play’s security protocols. We’ve discussed how to avoid shady apps in the past, but it’s worth reiterating some of those points in light of this new danger: