Antivirus software is meant to keep our devices free of malicious software, but what happens when it’s the antivirus app itself that’s the problem?

A recent report from AV-Comparatives discovered that as many as 138 Android antivirus apps available on the Google Play Store underperform in their antivirus detection duties, and they may even pose serious security risks to your Android device.

AV-Comparatives evaluated 250 antivirus apps on the Google Play Store by attempting to install and run 2000 known malicious apps, plus 100 benign apps. The site then ranked each antivirus app based on how many threats it accurately caught, as well as how many false positives it made.

Of the 250 apps, 80 detected at least 30 per cent of all threats and had no false positives, while 138 were found to be “risky.” Apps received a “risky” rating due to one of the following factors:

While apps in the last category were left off the test results entirely, the report dedicates a section to discussing and comparing them. One of the more interesting discoveries was that these apps tend to use similar detection methods, whitelists, and even user interfaces.

It’s also worth noting that some antivirus apps do not run properly in the background on Android 8 or above. These apps may well detect a majority of threats during manual scans but won’t catch threats while running in the background. This is an obvious vulnerability, but since they otherwise perform well they aren’t labelled as “risky,” per se.

You can read the full results of the report here.

How to pick an effective antivirus app for Android

If your antivirus app is listed in AV-Comparative’s report as risky, or if it falls below the accuracy range you’re comfortable with, there’s an easy fix: Get a new antivirus app. And if you don’t have an Android antivirus app and want recommendations, we’ve got you covered. 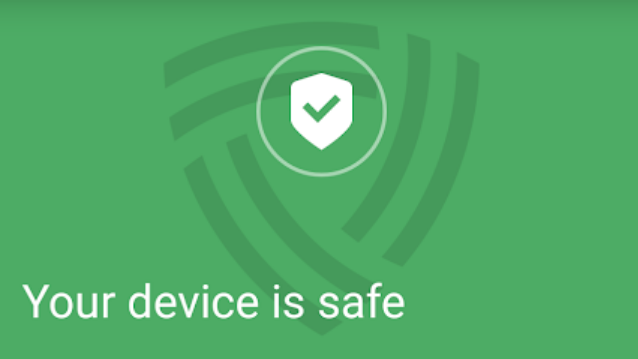 According to the report, 23 apps achieved a perfect score for accuracy, including zero false positives. We echo AV-Comparatives’ recommendation to go with one of these:

The report also gives Android users some tips on what to look for when choosing an antivirus app, including: