Here’s How Much The Average Australian Spends Every Month

If you want to know how your spending levels compare to the average Australian, you now have the answer.

According to the National Australia Bank’s (NAB) latest Customer Spending Trends report, the average amount spent per month stood at $2150 in metropolitan areas during the March quarter.

That was down from $2,306 in the December quarter, and largely reflects stronger spending levels in the lead-up to Christmas. From a year earlier, average spending levels rose by $153. 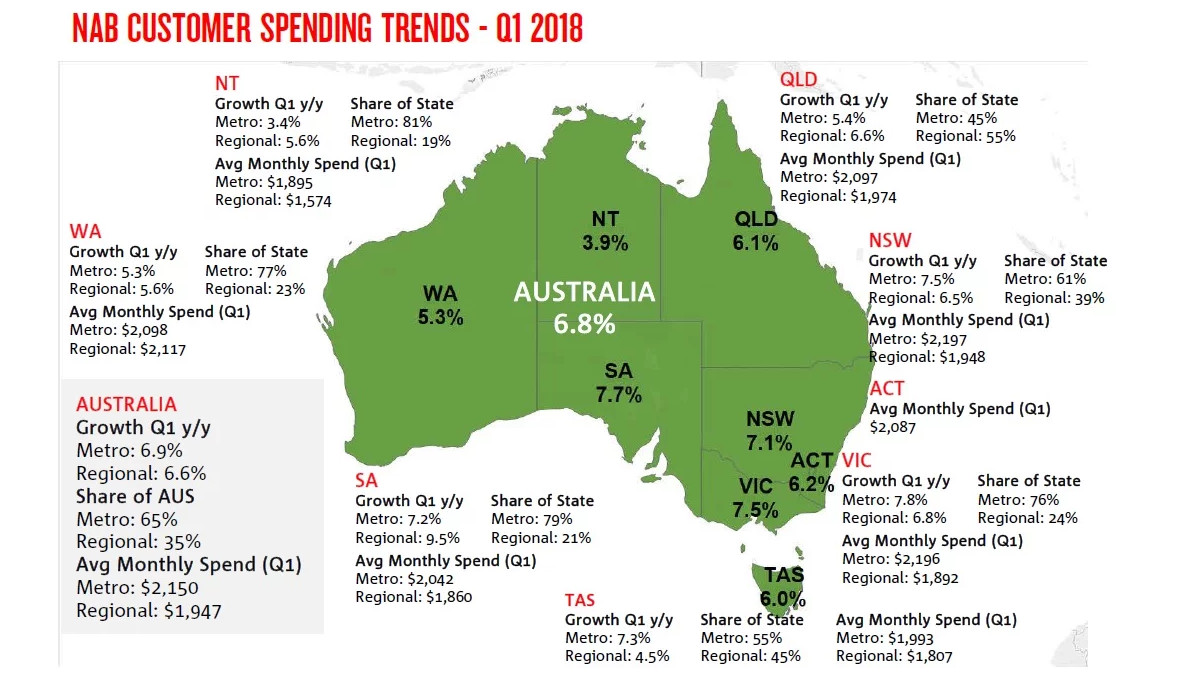 “Average monthly spending was highest in Sydney, marginally ahead of Victoria,” NAB said.

“Perth was next, followed by Brisbane, Adelaide and Hobart.

For those living in regional areas, the average amount spent in the March quarter stood at $1,947, down from $2,089 in the previous quarter but up on the $1,886 average seen one year ago.

The NAB says that by examining around 2.7 million transactions per day from its customer base, it can track where spending is growing fastest and what customers are spending on.

Given the amount of data it accumulates, it says the report provides an indication of broader national and regional spending trends across Australia.

Spending is also measured by where the customer lives, not where the transaction takes place.