Attention chocoholics: The Streets confectionery company has just launched an upmarket chocolate range under the Magnum ice cream brand. Intrigued, we gave the “Classic” version the full taste-test treatment and were pleasantly surprised by the results. Read on for our verdict!

The Magnum ice cream made its debut back in 1989. Originally manufactured by Frisko in Denmark, the chocolate-coated ice cream quickly spread to other markets to become one of the world’s most popular treats. It’s therefore somewhat surprising that it’s taken the company this long to branch out into standalone chocolate — it seems like such a no-brainer!

The Magnum Classic Chocolate Thins are made from Rainforest Alliance chocolate. In addition to the Classic thins pictured above, there’s also a dark chocolate version that uses Ecuadorian single origin chocolate and a white chocolate version made with Madagascan vanilla pods.

Like its ice cream namesake, the Magnum chocolate range is being marketed as an upmarket confectionery with a price tag to match: a 180g box will set you back $10 which is significantly more expensive than an equivalent block from Cadbury’s or Nestle.

The presentation attempts to take some of the sting out of the exorbitant price. The box contains a sheet of paper wadding like the kind used by fancy chocolatiers. So well worth the extra $5 then (sarcasm):

To be fair, the chocolates are manufactured into individual discs rather than a big block you need to break apart yourself, so you are getting something extra for your money. But really, it all comes down to the taste.

What’s interesting here is that Magnum ice creams use a special chocolate designed to withstand temperatures of −40 degrees Celsius without compromising the quality. This version appears to be based on a traditional chocolating process which means its resemblance to the ice cream version is minimal. (This is probably just as well, as Magnum chocolate isn’t anything to write home about once you’ve removed the ice cream.)

The Classic version packs in 2221kJ of energy, 32g of fat and 52g of carbs per 100g. The nutritional information on the box also shows what an “average serving” contains, but these numbers work out to a single disc which is patently absurd. Most people are going to scarf four or five at the very least. 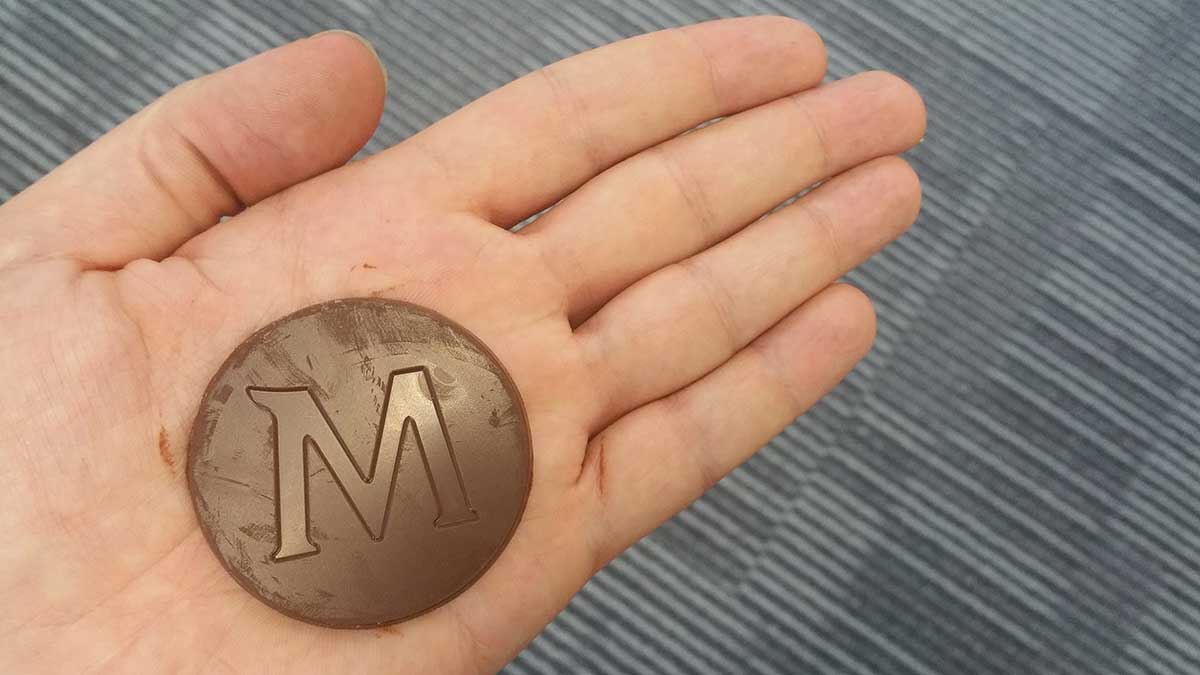 In terms of taste, the Magnum Classic Chocolate Thins reminded me of a hollow, milk chocolate Easter egg — they have they same thinness and texture. The mouth feel is definitely better than a traditional chocolate block; there’s less stickiness which makes for smoother swallowing. Otherwise, the taste is more or less what you’d expect from a mass-produced milk chocolate.

I’m still not convinced that these things are worth $10, but if you prefer a thinner chocolate that won’t make you thirsty, you won’t be disappointed. (They also make a great gift due to the novelty factor: who wouldn’t want to try a Magnum chocolate?)

The Magnum chocolate line can be purchased from most major supermarkets and select retail chains including Target.