How To Turn Off Autoplay GIFs And Videos On Twitter

When your’re being inundated with autoplay videos and GIFs all across Twitter, making the service feel more like Times Square than a social network where everyone fights, it’s time to make a change. That’s especially true if a bunch of Twitter users—either those you follow, or those sliding into your mentions—are blasting you with animated images to aggravate an actual medical issue you might have.

No matter the reason, Twitter makes it incredibly easy to prevent media from automatically starting in your timeline. And you can disable this functionality for Twitter’s website and apps, it’s just a slightly different process for each platform.

Pull up the Twitter app and tap on your face in the upper-left corner. Tap on “Settings and privacy,” tap on “Data usage,” and tap on “Video autoplay.” Select “Never,” and you’ll never be bothered by automatically playing videos or GIFs again. 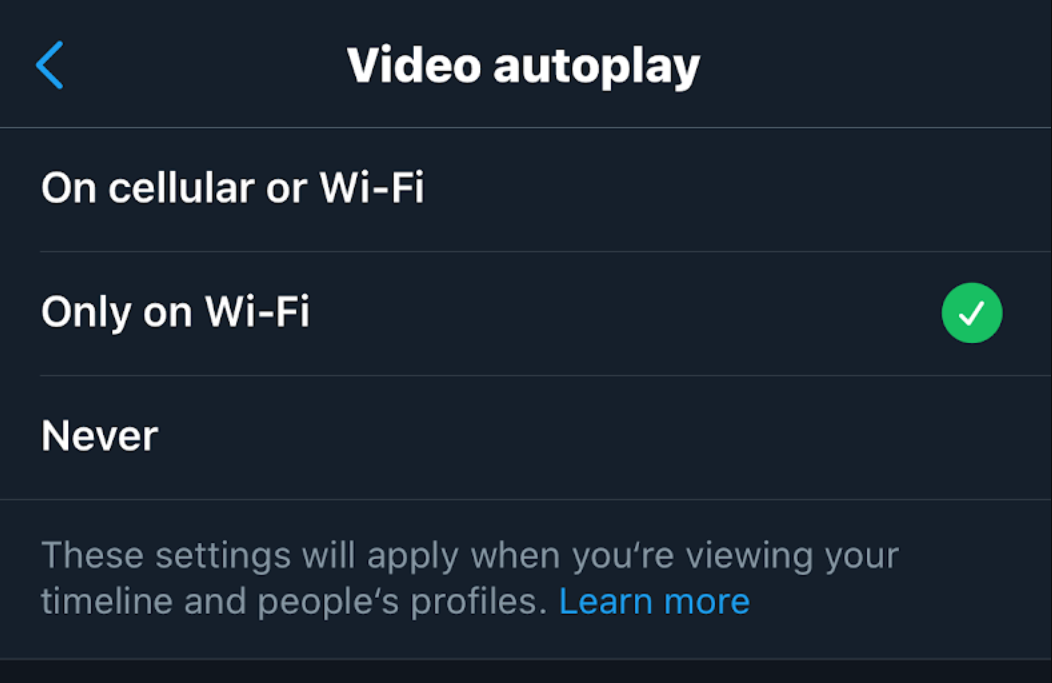 You can also turn off “Media Previews” in Twitter’s “Display and sound” section of its settings, if you’d like to sanitize your app even more.