carbsiosmealnutrition
Facebook may have decided that you shouldn’t see the news, but we think you deserve to be in the know with Lifehacker Australia’s content. To sign up for our daily newsletter covering the latest news, hacks and reviews, head HERE. For a running feed of all our stories, follow us on Twitter HERE. Or you can bookmark the Lifehacker Australia homepage to visit whenever you need a fix.

iOS: The part I hate most about any kind of weight-loss plan is the whole “I have to pull out my phone and type in everything I eat to keep me honest” aspect. Because as much as I pretend I can do mental maths when it comes to the food I eat, I tend to forget a handful of raisins here, a protein bar there, a miniature can of Coke that just magically appears on my desk — things like that.

And while some apps, like MyFitnessPal, make it incredibly easy to track what’s inside everything you’re consuming, they can feel daunting at first. If you, like me, need to be eased into a new routine of calorie-counting (or carb-counting), I recommend checking out Calory. It’s not free, but that can be a goal in itself: Instead of getting a soft drink at the drive-through, or half a frozen coke at the movie theatre, you’re investing $5 in your health.

What I like most about Calory is just how friendly it is. Once you get through the app’s initial screens, which ask you about your measurements and weight goals (and ask you to link the app to HealthKit, among other things), you’re dumped off into a simple, easy-to-process layout. That big circle in the centre represents how many calories you get each day, and as you fill your list with food, the area fills up with little dots. It’s as easy as that. 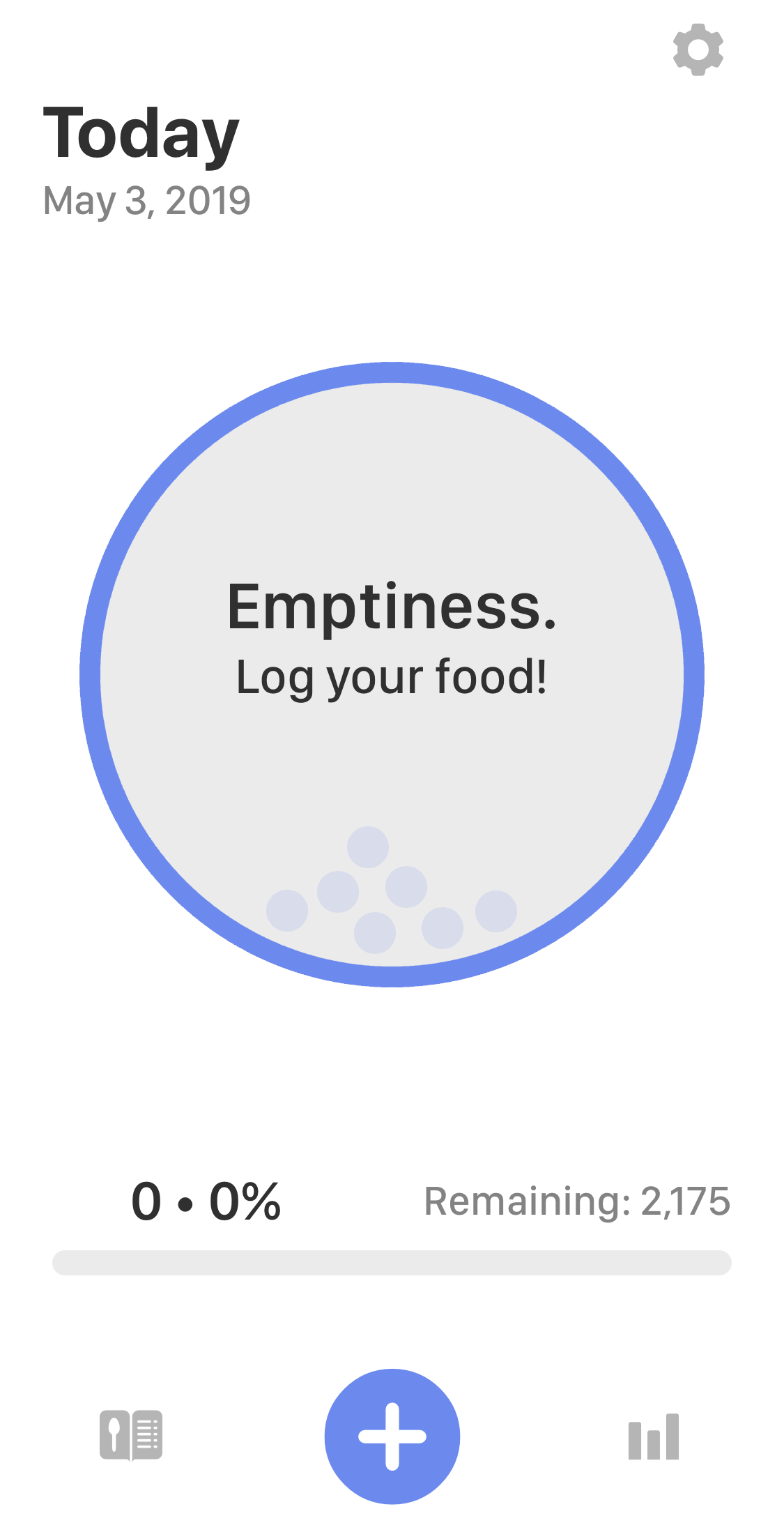 When you import food into your belly, importing it into your app merely requires you to hit the big plus button on the bottom. You can then add in a quick calory count if you know them offhand (by reading the box, I presume), or you can tap on a list of predefined favourites that you set up in via the app’s Settings menu. 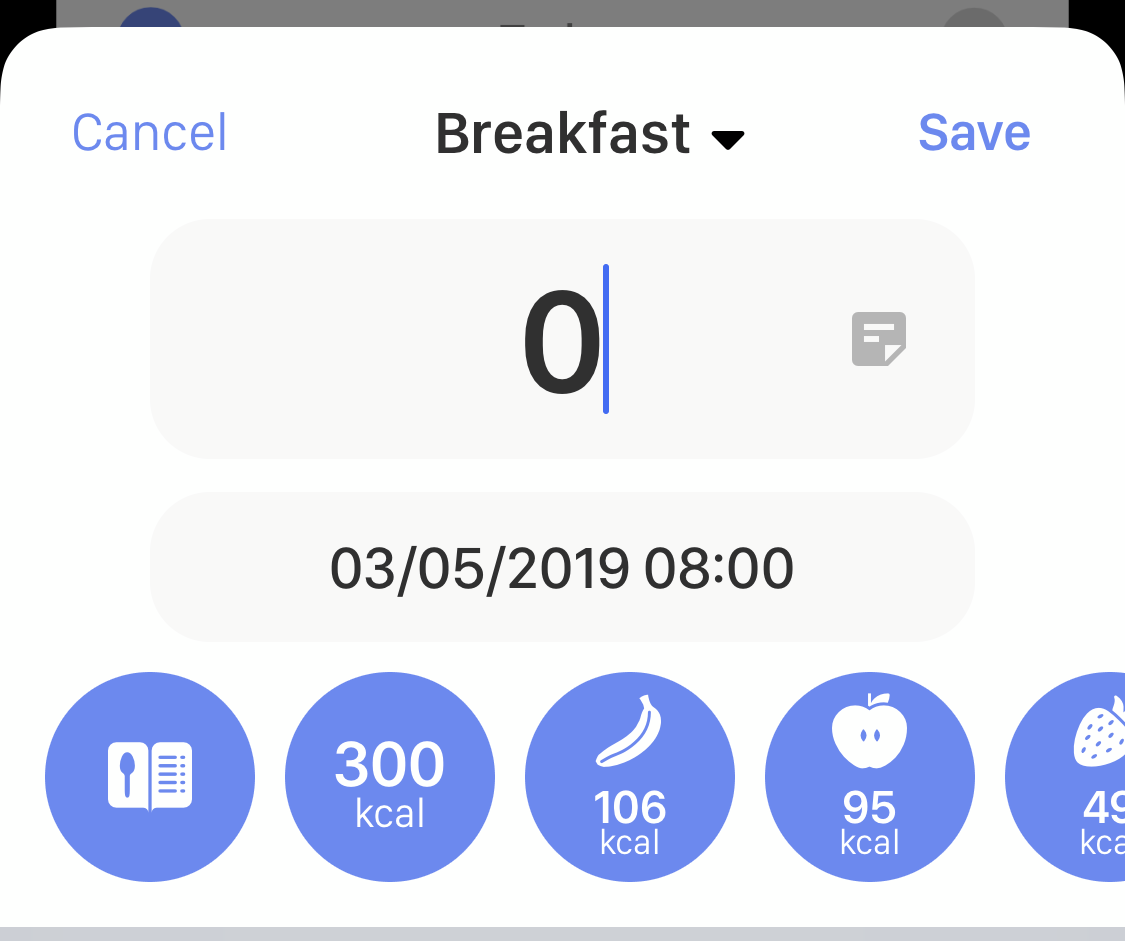 The app’s “quick add” menu, which lets you input your frequently-eaten meals with a tap. (Screenshot: David Murphy) 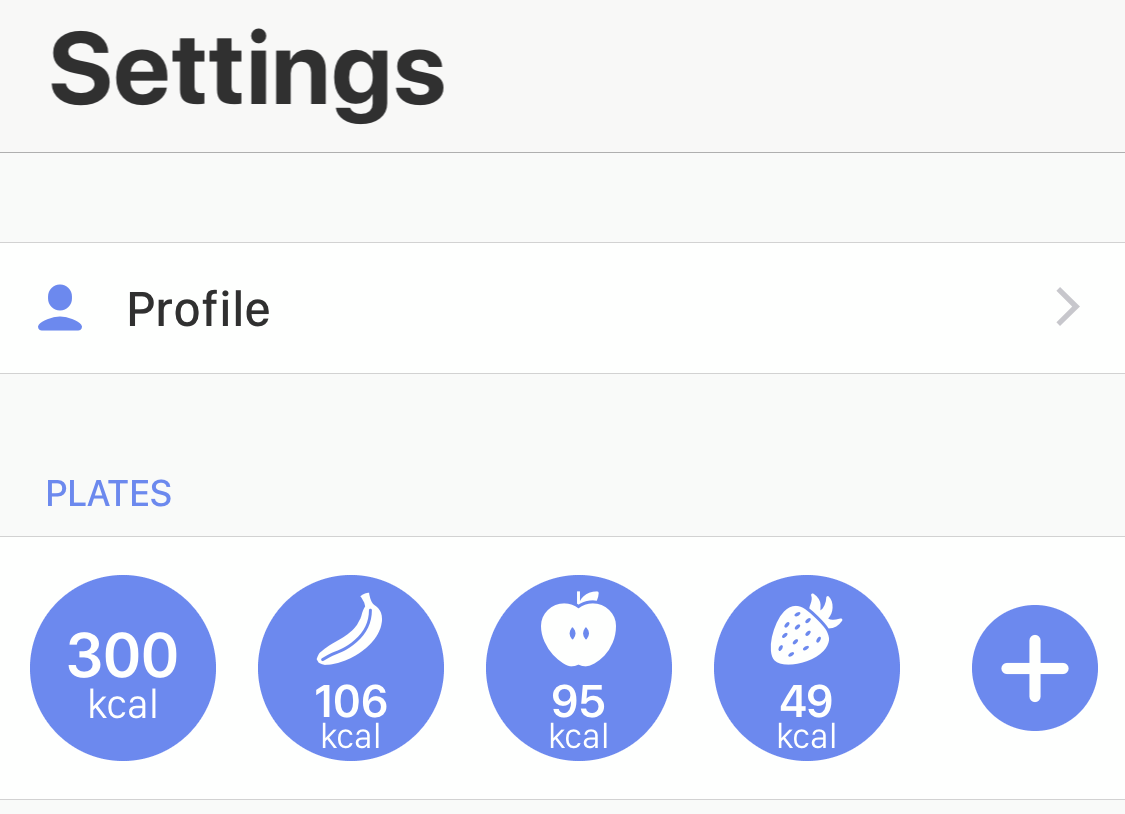 Calory’s Settings menu, where you can set up your frequently consumed “plates.” (Screenshot: David Murphy)

If you’re eating something new, you can also use Calory’s built-in database (which should look pretty familiar to anyone who has used a calorie-tracking app) to search for common foods, like vegetables, fruits, meats, beverages, et cetera. The app’s one weakness — which is arriving in an update — is that you can’t just scan the barcode of whatever it is you’re eating and import every nutritional fact directly off the box. (Also, this might be a “premium add-on” when it arrives.)

Still, the foods in Calory’s current database come with a big nutritional breakdown, for those concerned about their macros: 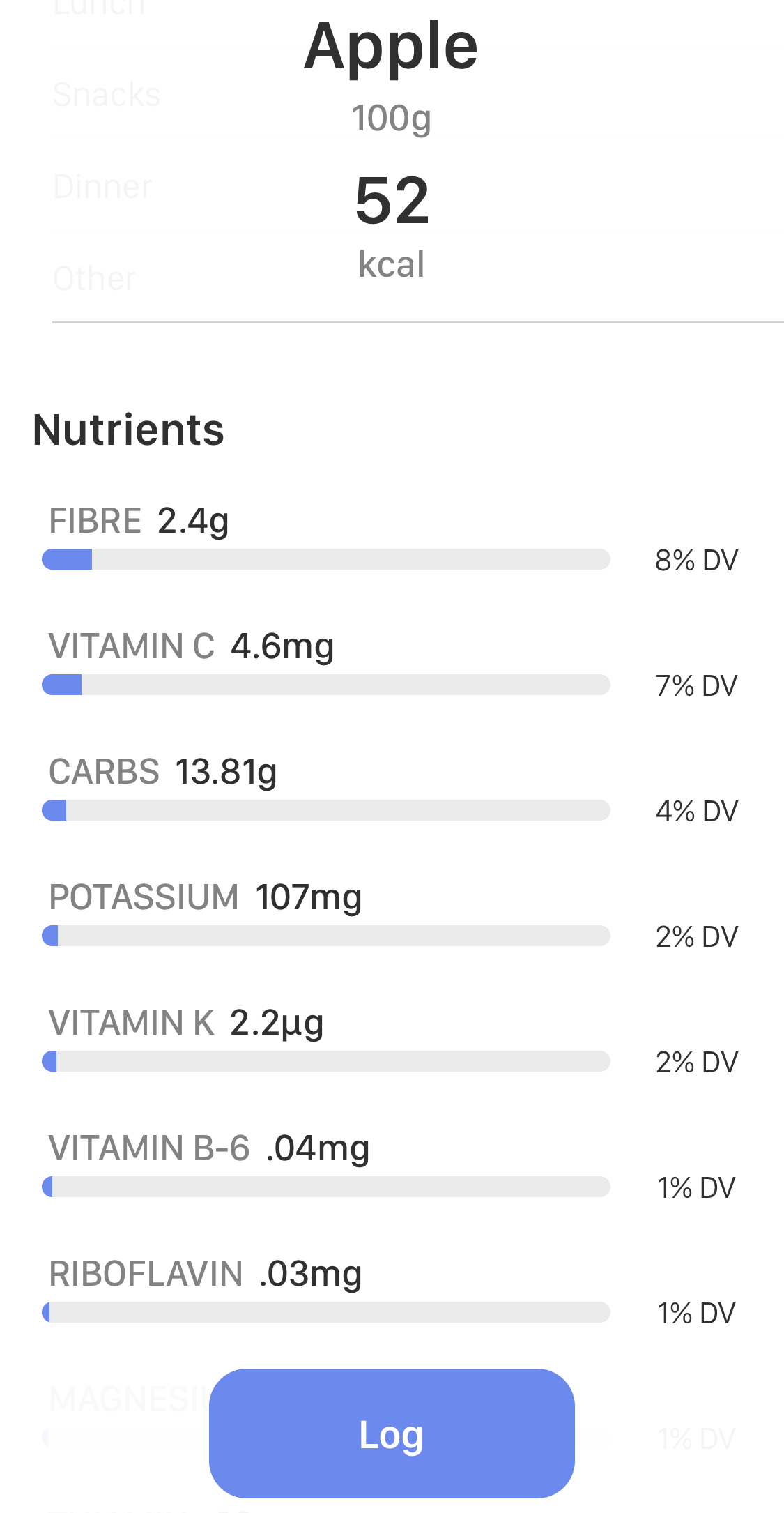 Another thing I love about Calory is that the app works really well with Siri Shortcuts — making it easy to add that pizza you just ate to Calory by yelling at your phone, mid-chew, instead of trying to pull it up with two awkward fingers that aren’t covered in sauce. Any favourite “plates” you customise in the app immediately become Siri Shortcuts based on their name — “Add sundae-that-isn’t-good-for-me,” for example, if that’s how you refer to it in the app.

You can also use Siri shortcuts to give yourself a quick check on how many calories you have left (or glance at your Apple Watch, if you’ve enabled the app there, too).

With plenty of colour customisation options, a dark mode, and even an adjustable app icon, Calory feels like a much friendlier way to expose yourself to the joys of tracking everything you eat. And if all you care about is that big round “calorie” number, it’s hard to ignore a gigantic visual representation of how much you’re allowed to eat each day. (And for the data nerds among you, Calory even lets you view your tracked calories by day, week, month, and year — cross-referenced against your weight, so you can see if your diet is actually doing anything.)