I didn’t expect Google to go soaring out of the gate soon soon after the company teased its augmented reality ambitions for Google Maps at yesterday’s I/O 2019 keynote, but here we go. Starting today, an unknown number of Android aficionados are getting access to an early preview of Google’s new “AR navigation experience,” as the company calls it.

As far as I can tell, you don’t need to update Google Maps on your Android device to try out the new feature. You do, however, need a Pixel (and I’m not sure how old yours can be, though I was successful using both a Pixel 3 XL and the newly released Pixel 3a XL).

To see if you’ve been selected for Google’s preview, load Maps as usual, enter an address, and tap on the blue Directions icon. Tap the appropriate icon to indicate that you plan to walk to your destination, and then look at the bottom of your device. If you’re lucky, you’ll see a new “Start AR” icon to the right of the big blue “Start” icon:

If it’s your first time tapping that button, you’ll have to navigate through a few prompts that explain what this new augmented reality feature is and how to use it. Here’s the short version: Hold your phone up during your walk (while you’re stopped) and move it around. As long as you have a connection, Google Maps should be able to figure out where you are. You can then see directions for your walk superimposed over your camera’s actual view.

The “while you’re stopped” part is important, because Google’s AR feature for Maps gets fussy if your device detects that you’re walking while you’re trying to use it: 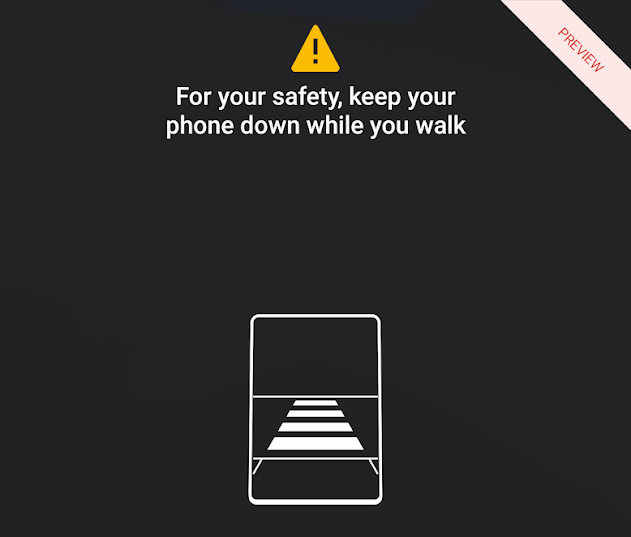 That said, you can sort of get away with walking in AR mode a little bit. When it’s activated, you’ll sometimes see a virtual sign to let you know about how far away you are from your next turn, for example: 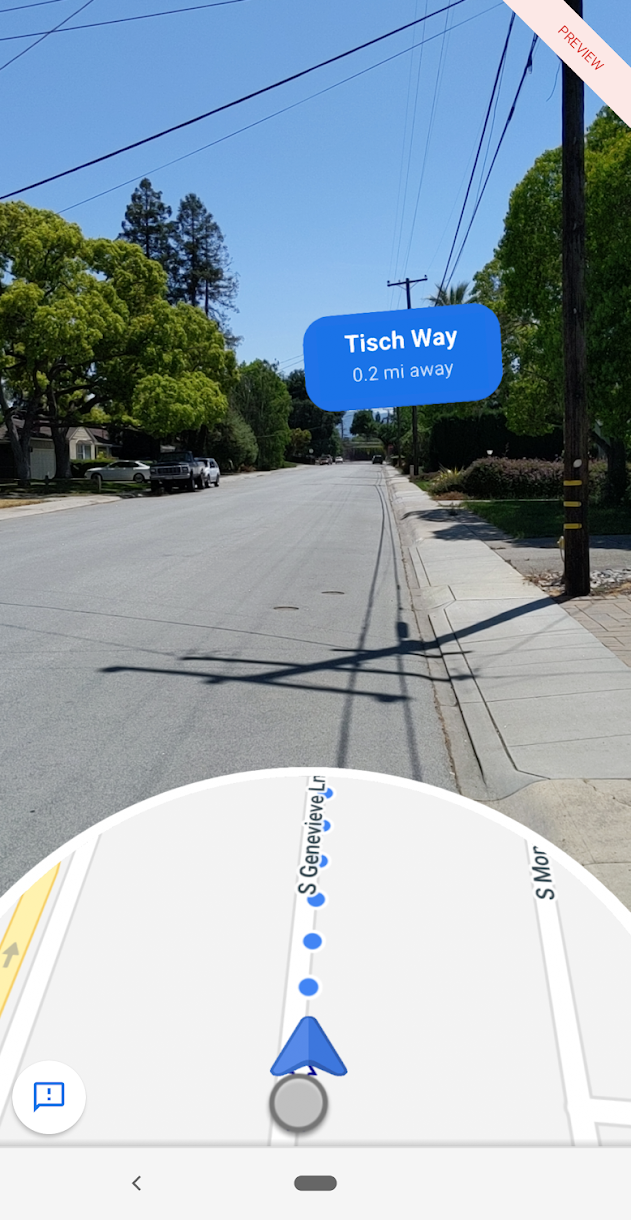 As you approach, you might also see a gigantic blue arrow in the sky, letting you know how important it is that you do not miss this turn. 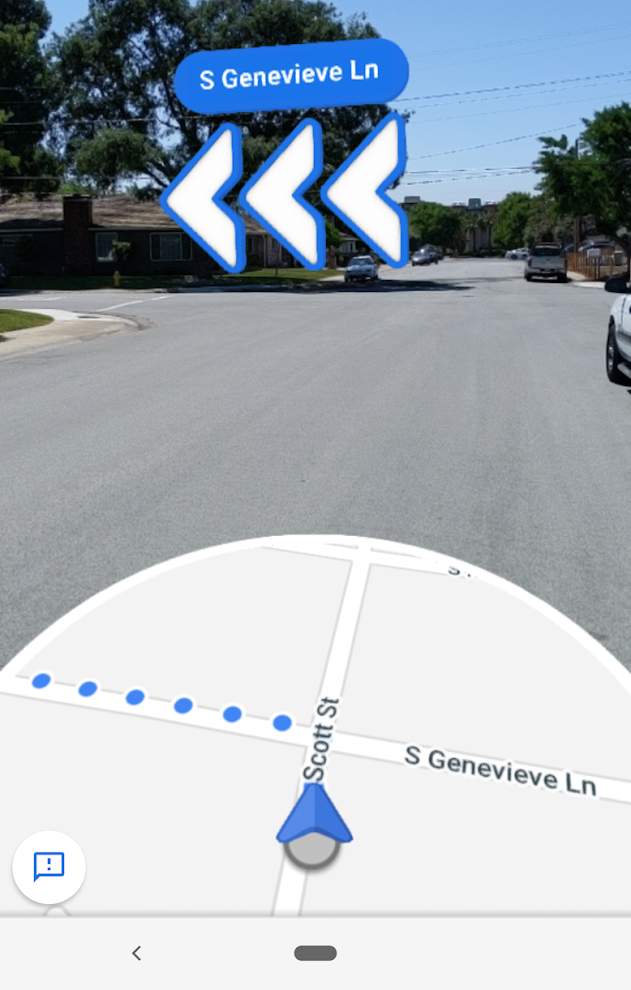 The downside of all this is that you’ll have to go through the same “scanning your surroundings” part each time you want to use AR mode again. And you have to have an active connection, or AR mode won’t trigger. The scanning usually only takes a few seconds to kick in, if not fewer, but it can get a little annoying if you’re making repeated trips between the two modes.