Earlier this year Google announced Live View, an augmented reality version of walking directions for Google Maps that allows you to see directions overlayed the world around you. So rather than trying to decide “Is it asking me to go down this street or the other one?” you’ll see an arrow literally on that street you’re trying to go down.

The feature has been in alpha testing for a while with Local Guides and Pixel users and now Google is rolling the feature out to everyone with a phone that supports ARCore or ARKit.

We did a pretty in-depth rundown on the feature back when it was announced at Google I/O.

To access it you’ll just load Maps how you typically do, type in your destination, and tap on the blue Directions icon. If the feature is available for you now then you’ll see a “Start AR” icon, press that to start AR directions.

It’s a pretty cool feature, although admittedly not one I can see myself using a ton. Regular maps can definitely get you where you’re going. Still, for those “which one of these super-close-together streets am I supposed to pick” moments, it’s a great option to have. 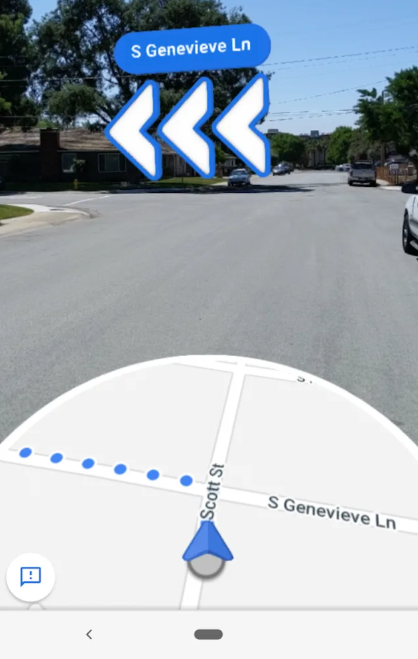 If the feature is still MIA, check back in a few days and see if that rollout has made its way to you.