Google Android Q: Everything You Need To Know

With 5G, foldable devices, the rise of AI and other changes to the mobile device landscape, the operating systems we depend on need to evolve. The next generation of Google’s mobile operating system, Android Q, has reached beta status and is available for download if you’re game. Here are all the new features.

As well as all the UI changes we’ve come to expect from a new release, Google says Android Q adds a number of privacy and security features.

Android Q gives users more control over when apps can get location data with the ability for users to give apps permission to see their location never, only when the app is in use (running), or all the time (when in the background). This is similar to how iOS works. 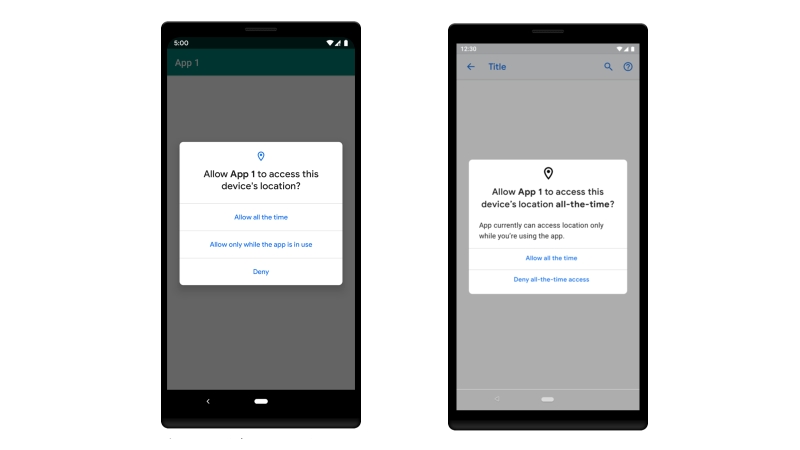 There are also updates so users can better control apps access to the Photos and Videos or the Audio collections via new runtime permissions.

With security such a major focus, staying safe when connecting to different networks can be challenging. Android Q will randomise the device’s MAC address when connected to different Wi-Fi networks by default. This was an optional setting in Android 9 Pie.

Android Q will prevent apps from launching an activity while in the background so you don’t suddenly find an app jump in front of what you’re doing. If the app is in the background and needs to get your attention quickly – such as for incoming calls or alarms – developers can use a high-priority notification and provide a full-screen intent.

Android Q Has Landed: Here's How To Get It On Your Phone

A new Settings Panel API that takes advantage of the Slices feature introduced in Android 9 Pie can show key system settings directly in the context of your app. So, instead of being told you need to go to Settings in order to change something so an app works optimally, the appropriate setting can be changed directly within the app. That will allow you to see settings such as internet connectivity, NFC, and audio volume without leaving the app you’re in. 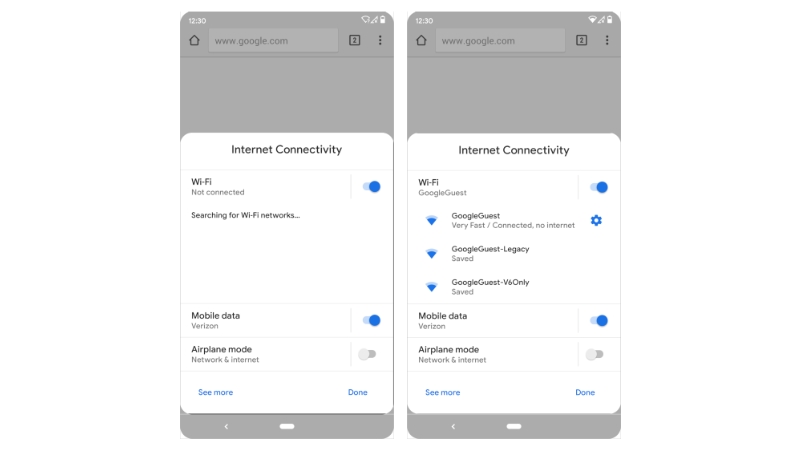 You can change settings within an app. For example, network settings in Chrome (Image: Google)

Android Q extends adds extra protection around the APIs used by Bluetooth, Cellular and Wi-Fi so their ability to be used for determining your location is under more control. And there’s also support for new Wi-Fi standards, WPA3 and Enhanced Open, to improve security for home and work networks as well as open/public networks.

One of the features many phone makers have been highlighting over the last year or two is the ability to use the fancy new camera systems to create interesting effects with different focus and depth effects. Android Q will allow apps to request those special effects so they aren’t limited to camera apps. That means a modelling app could be used to create 3D images or support AR photography. Dynamic Depth will be an open format for the ecosystem that will be available to Android Q device-makers

There will also be support for the emerging open source video codec AV1 and HDR10+.

Game and graphics developers will benefit from a standard, updatable OpenGL driver with “experimental support” for ANGLE – a graphics abstraction layer designed for high-performance OpenGL compatibility across implementations. And Vulkan – a low-overhead, cross-platform API for high-performance 3D graphics – will get broader and more open support as well.

As you’d expect from such a major release, the laundry list of new features, enhancements and fixes is extensive and delves into everything from superficial interface changes to developer tools and APIs that most of us would rarely hear about or even realise existed.

Google has provided a detailed look at Android Q Beta.

The Five Android Q Features We Can't Wait To Try

Google has released Android Q to developers and those courageous enough to trust their smartphones with beta software. And while there are lots of new technical changes under the covers, there are lots of things to get excited about when it comes to the usability of the Android OS. Here are five of the features I cannot wait to get my hands on.