Drive through any car park, school zone or suburban street and it’s a fair bet the most common type of vehicle you’ll spot is some variant on the SUV. These vehicles have become popular as they are spacious and have become increasingly pleasant to drive. The Holden Acadia supersedes the Captiva that’s been around for several years and complements the Equinox I looked at earlier this year. More than any car I’ve driven over the last year, the Acadia is a look into the future of driving.

The Holden Acadia is a seven-seat vehicle that looks, as my wife put it, “very four-wheel-drivey”. But despite it’s large body and boxy snout, it was very comfortable to drive. The model I reviewed, driving it for a week and covering over 500km, was packed with every feature Holden offers. Part of that was the all new infotainment system which is far nicer than the system in the Equinox.

There are three models in the Acadia range – the entry level LT, mid-range LTZ and top-end LTZ-V, which is the model I reviewed. All three boast a 3.6l engine, nine-speed automatic transmission and an 8-inch colour touchscreen for the infotainment system. 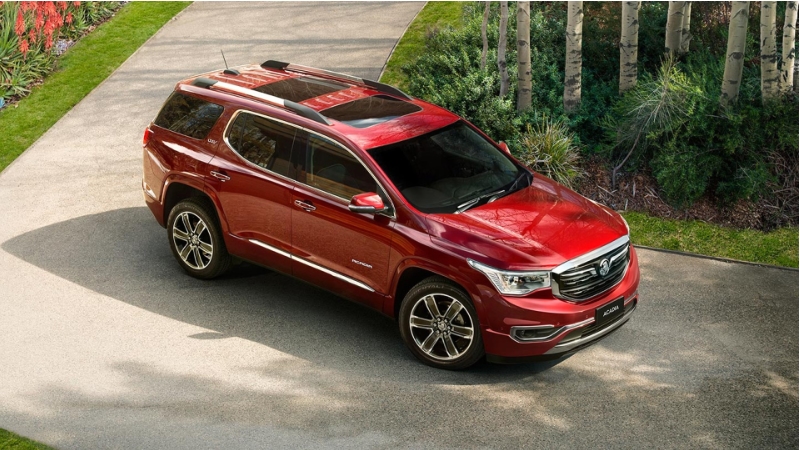 I’ve owned and driven several seven-seat vehicles over the years. With most, there have been three challenges; ease of access to the rear seats, comfort and being able to quickly raise or lower the rear seats. Holden has addressed all three of those challenges.

The middle row of seats can move back and forth so the leg room in the back can be extended. Two of my sons are about my height, 178cm and they could sit comfortably once we slid the middle row forward a little. And, even with the middle seats moved up, there was still plenty of leg room for adults.

The humble family wagon has undergone a revolution over recent years. Stationwagons, or estates for the more European among us, have slowly faded away, replaced by larger four-wheel drive vehicles and, more recently, the SUV. The Holden Equinox, released in Australia earlier this year is a larger SUV with seating capacity for five adults. Here's what I found after a week of using one as the trusty family car.

The Acadia LTZ-V boasts an impressive number of safety features. Like many highs-end vehicles, there were an impressive array of cameras and sensors to ensure you don’t bump into other cars or poles while parking. There are also sensors that detect when something outside your field of view is coming into proximity. For example, when I was reversing out of a parking spot, I couldn’t see a car that was approaching from the left and it was outside the field of view for the rear cameras. But I received haptic feedback through the drivers seat, an audible warning and a visual alert on the screen. 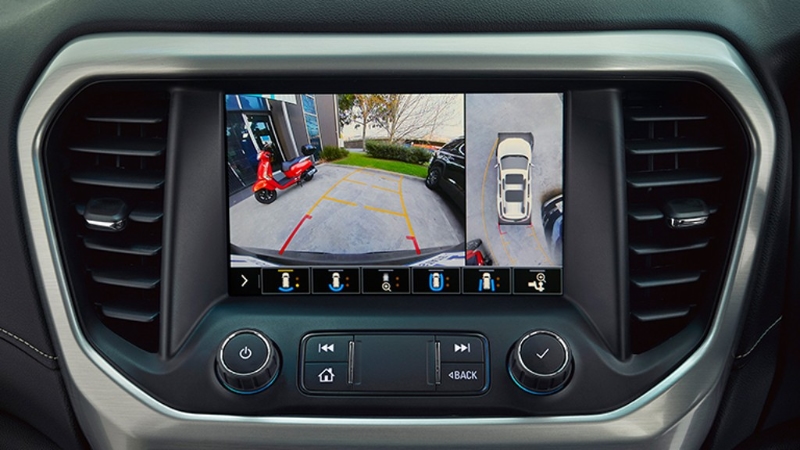 While driving on freeways, the adaptive cruise control automatically applied the brakes or accelerated depending on the proximity of cars ahead of me. When a car in front of me unexpectedly hit the anchors, the car’s Autonomous Emergency Braking kicked in, hitting the brakes and preventing an accident.

Lane assist on the freeway was also handy. If you drift too close to the edge of the lane, the car provides feedback through the steering system letting you know. On a long, straight road, you can hold the steering wheel lightly and the car will hold its line with minimal input form you. On a couple of occasions I let the wheel go and the car beeped, telling me to take control of the wheel.

It’s not autonomous vehicle control by any stretch but it seems that Holden is gently providing drivers with more evidence of the value of such systems and how, one day, they could take over some, or perhaps all, of the driving.

As far as performance goes, the Acadia was pretty quick on take off and could reach 100kmh easily. When I needed to hit the gas pedal and accelerate, it was responsive and smooth. With nine gears, there’s little need for the engine jump hard through the cogs as it accelerates heavily.

In car entertainment was nicely handled through the infotainment system. It supports Apple Car Play and Google’s Android Auto through a responsive touchscreen that was easy to read. 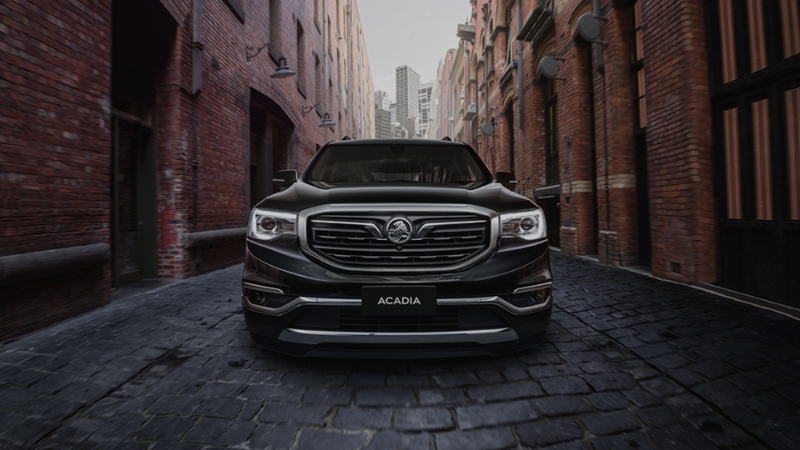 With a vehicle this size, manoeuvrability is always a challenge. When dropping kids off to school, in a very narrow and congested street, there’s not a lot of margin for error. And while the sensors do a good job of alerting you to potential hazards, it’s a large, somewhat boxy vehicle and it can be challenging in tight spaces.

I’ve driven cars that responded to a gentle nudge with a knee to the bumper rather than a motion sensor. Those were far more reliable in my experience.

Not every household needs a seven seat vehicle. So that will be the first question to ask. But, having driven many different cars over recent months, the Acadia was very comfortable and, notwithstanding its bulky footprint, nice to drive.

The entry level Holden Acadia LT, which offer 2WD has a starting price of $43,490. Moving up to the LTZ, the price for a 2WD version starts at $53,490. The car I tested, the top of the line Acadia LTZ-Vs tarts at $63,490 for the 2WD version. Adding AWD puts another $4,000 on each model and then there are on road costs as well a bunch of extra features such as pet cages, mats, and various types of external trim.

Holden faces stiff competition with the Acadia. Hyundai and Mazda have very popular options in this meat segment. But as I was discussing this with a feign recently, he made the comment that the best car is almost always the most recently released model as it typically has the best features. And that gives Holden an advantage. But whether it can hold that is a different question.