The humble family wagon has undergone a revolution over recent years. Stationwagons, or estates for the more European among us, have slowly faded away, replaced by larger four-wheel drive vehicles and, more recently, the SUV. The Holden Equinox, released in Australia earlier this year is a larger SUV with seating capacity for five adults. Here’s what I found after a week of using one as the trusty family car.

The Equinox LTZ-V is Holden’s flagship build of the latest addition to their SUV family. It complements the smaller Trax and similarly-sized, but soon to be superseded, Captiva.

It seats five adults comfortably with plenty of boot capacity.

As the top-of-the-range model, the Equinox LTZ-V boasts pretty much everything you can imagine in a modern family vehicle. I’ll get into specifics of how all the tech worked and the car’s on-road performance shortly but, other than a few quibbles, the car was comfortable and great to drive around the streets of suburban Melbourne.

When I first sat in the Equinox, there were a number of things that stood out on the cold and windy Melbourne morning. The seat warmers and heated steering wheel make early morning drives in winter far more comfortable. Of all the features I’ve missed since handing the Equinox back to Holden and getting in my own car, they’re the ones I most miss.

The driver’s seat could be programmed to return to specific positions so with a press of a button it was ready for different drivers. Given I’m about 178cm tall and my wife is not quite that tall, it made it easy to quickly get into a comfortable driving position.

The entertainment system offered Andorid and Apple Car Play compatibility and the 7-inch display was very easy to read. It’s powered by Bose speakers that boast active noise cancellation which helps dull some of the road noise.

The LTV-Z model I drove included sat-nav and DAB+ radio. The touchscreen was responsive and complemented by steering wheel controls for answering calls, changing stations and adjusting the volume.

As I was cruising around various locales around Melbourne, the 9-speed transmission, which is matched with a 2.0 litre turbo petrol motor, was very smooth. I can’t recall a single instance of a hard gear change under heavy acceleration or when slowing down abruptly.

Holden has packed the Equinox LTZ-V with plenty of safety features. As well as front and side impact airbags for the driver and front passenger, there are full-curtain airbags. But while drviing, there’s a lot of focus on avoiding accidents.

Front collision control, using the front parking sensors detects when the gap between you and the car in front is closing quickly. A simple heads-up display projects flashing red lights on the bottom of the windscreen and there’s haptic feedback as well. When the alert comes, the driver’s seat vibrates.

There’s also lane assist with a small graphic on the display between the speedometer and tachometer letting you know when you’re safely in your lane. That uses an array of cameras around the car. If you start to drift, the indicator turns amber and if you get really close to the lines, the steering wheel applies subtle pressure to nudge you back into your lane. It’s not overpowering or likely to send you sideways. It’s just enough pressure to let you know what’s going on.

When reversing, the rear camera provoides a wide view of what’s behind you and the rear parking sensors let you know if something is coming into your path before it appears on the camera.

While driving, if a car approaches the blind spot, a small amber light activates to let you know.

All of those features are useful but I did find the amount of feedback a little overwhelming at first. It took a couple of days of driving before I was able to feel comfortable processing all the feedback the car was giving while driving.

The instrument panel was very clear to read while driving. The central display can be customised so it shows the information you want. After some messing around, I set the display to show me my current velocity and the speed limit. While using the sat-nav, driving directions, which are read aloud by a polite voice that says “Please” before asking you to turn, directions appear so there’s no need to take your eyes away from the road and look at the larger display. 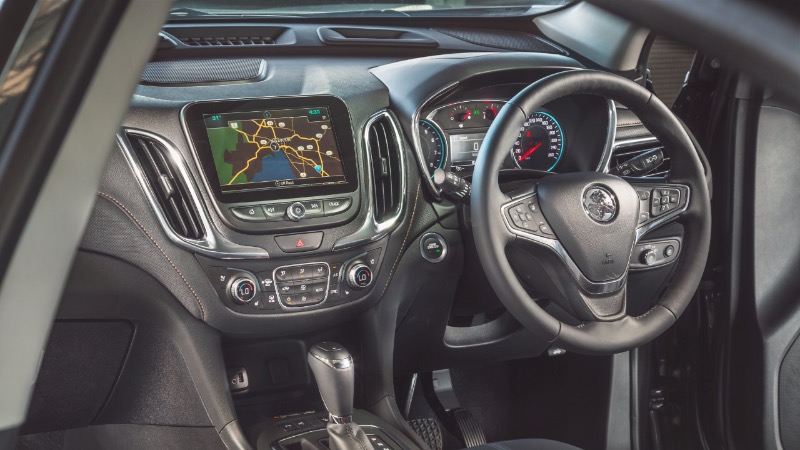 Driver and passenger comfort were covered off with heated seats all round, the heated steering wheel and ventilated seats for the warmer days. The dual zone climate control was very effective.

Luggage capacity was excellent. I could fit two large suitcases side by side and I could stack another pair on top of them without compromising rear visibility. The rear sears also fold flat if you need to cart larger items around. 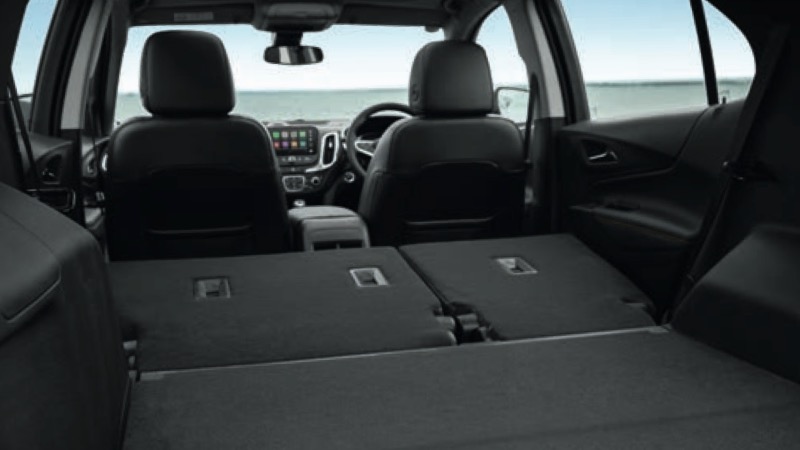 Fuel economy around the city ran at about 10l per 100km according to the onboard trip computer. I ran the car on 91 Unleaded although the folks at Holden told me it’s fine on E96 as well.

There wasn’t a lot of criticise but there were a few things I found annoying.

The built in sat-nav worked well but entering addresses was a pain. It starts by requiring you enter a suburb, then a street and then the street number. It’s a very old-fashioned way of doing things.

I also found that one of the roads I travel on frequently wasn’t on the maps at all. For a good part of one of my regular routes it said I was off-road, despite travelling at 80kmh on a four-lane road.

The sat-nav also provides the speed limit information I liked on the instrument panel. However, there were several instances where it was wrong. One of my local roads, an 80kmh zone, was indicated as a 100kmh zone.

The entertainment system was clunky. Thankfully, I used the Apple Car Play option most of the time but when I was using the radio, there was no on-screen indication of how to flip between DAB+, FM and AM. It turns out pressing the radio button toggles between them but a simple button would be easier.

The cruise control worked well but the button-based controls on the steering wheel aren’t easy to use. We also have a Captiva at home and it’s the same system. The buttons are small and, even after using it quite a few times, it’s easy to hit the wrong button which means your take your eyes off the road for a second or two to get it right. 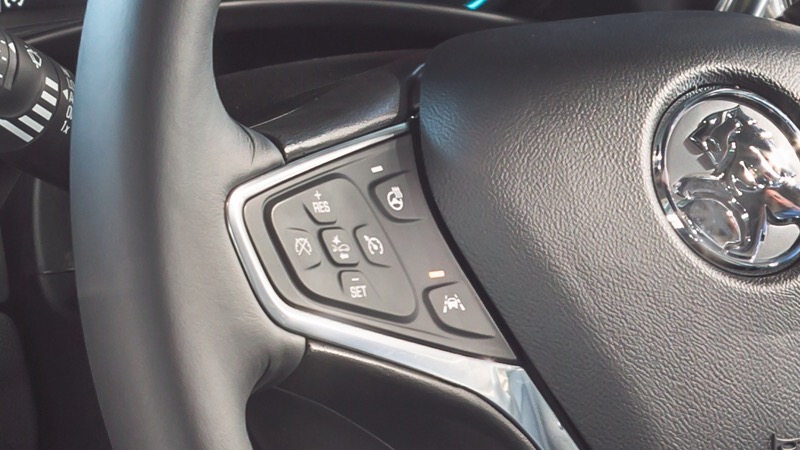 I much prefer the way cruise control is implemented in my other car which uses a small lever. Twist to turn on and pull down to set.

Holden has equipped the rear hatch with hands-fee operation. You simply wave your foot under the bumper and the boot opens. However, finding the right spot to wave your foot was tricky. That’s a minor quibble.

For larger families, there’s no seven-seat option. That takes it off our shopping list as we have five kids. Holden told me a replacement for the seven-seat Captiva is due later this year.

The Holden Equinox LTZ-V costs $51,177 drive away. I think that’s a lot of money for a car but compared to similarly equipped European SUVs it’s a great price. The entry level LS variant will set you back $29,990.

The car is comfortable to drive, great for passengers and offers plenty of safety features. Families looking for a luxury SUV should consider the Equinox.