I'm washing my ute. Again. Some of my mates reckon I wash it more than I drive it, but that's not entirely accurate — even if I have only racked up 1600 km since taking delivery of it on August 4. It's different this time though.

This is the first time I've washed my bright green 2017 SS V Redline Spitfire Holden Ute since our "local lion," Holden, shut the doors of its South Australian factory for the very last time.

It's the first time I've sudsed up and admired the 2102 parts that make up my 304 kW 6.2-litre V8-powered six-speed manual ute, since the pulse of Australia's car manufacturing industry officially stopped.

In August, when I took delivery of it — or even in June when I watched the car get built — there were more to come down the line, more cars to follow. 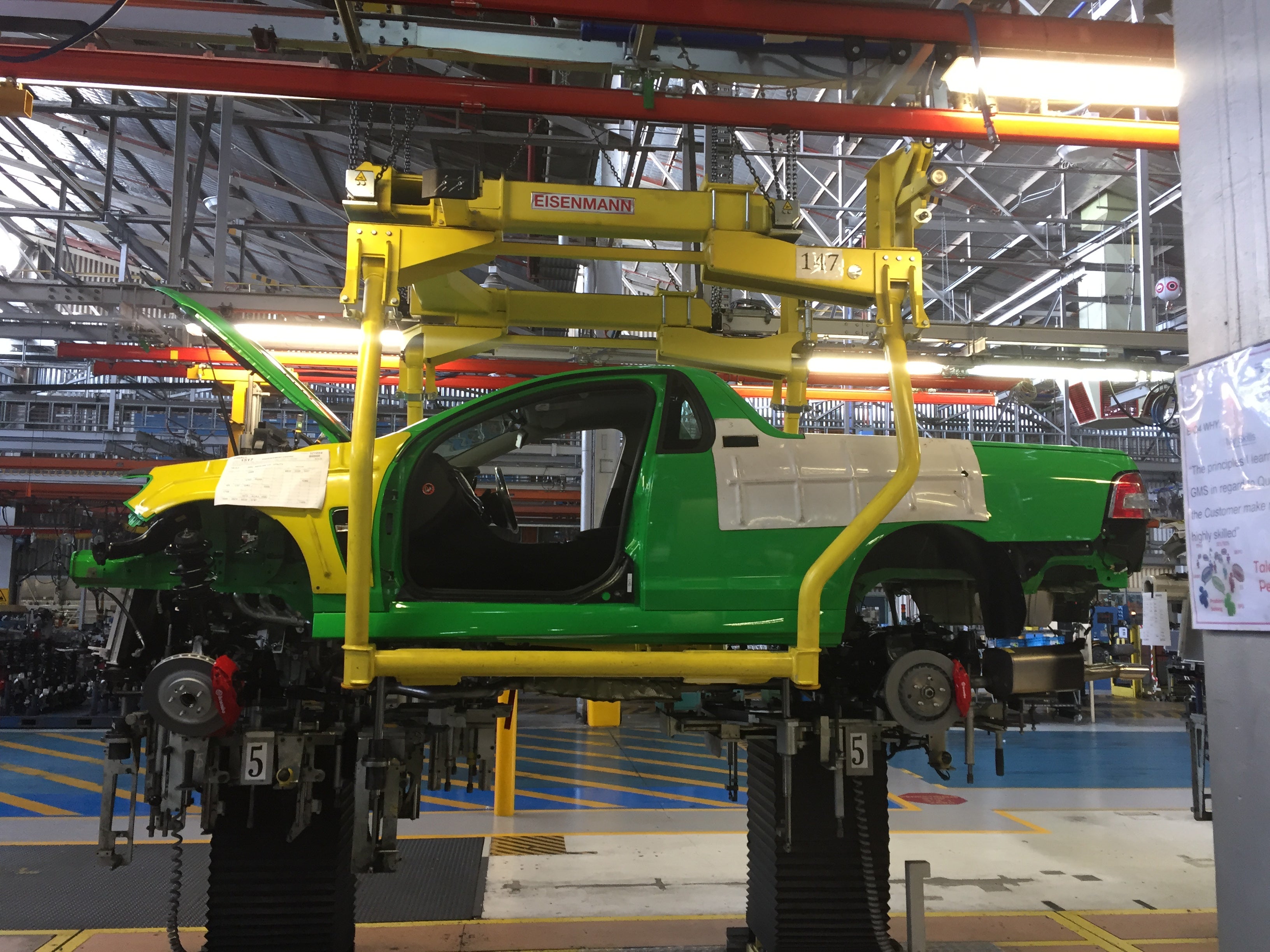 Now though, that's it. Now, my ute is, and will forever be, one of the last-ever Holden Utes built. Now, it's not just a car, but a piece of history.

While Ford wrapped up Australian production in October 2016, and Toyota did the same earlier this month, it wasn't until workers at Holden's Elizabeth plant in South Australia churned out the factory's final ever car — a Red Hot SS V Redline Holden Commodore sedan — at 10:45 a.m. on Friday, October 20, did Australia still technically have a local car manufacturing industry.

Not anymore though. Now it's all gone.

And although Ford's manufacturing history in Australia dates back some 92 years, and Toyota's more than half a century, those brands weren't really as Australian as the AFL, meat pies, and kangaroos the way Holden is. Or was, I guess.

Coming not from America or Japan, Holden has been the real heart of the Australian car industry since November 29, 1948.

Holden had been a subsidiary of General Motors since 1931, but it wasn't until 1948 when the very first Holden-badged vehicle, the Holden 48-215, rolled off the Fishermans Bend production line in Melbourne. The Holden name itself dates back to 1856, when the Adelaide family business revolved around saddlery and the making of other horse riding gear. 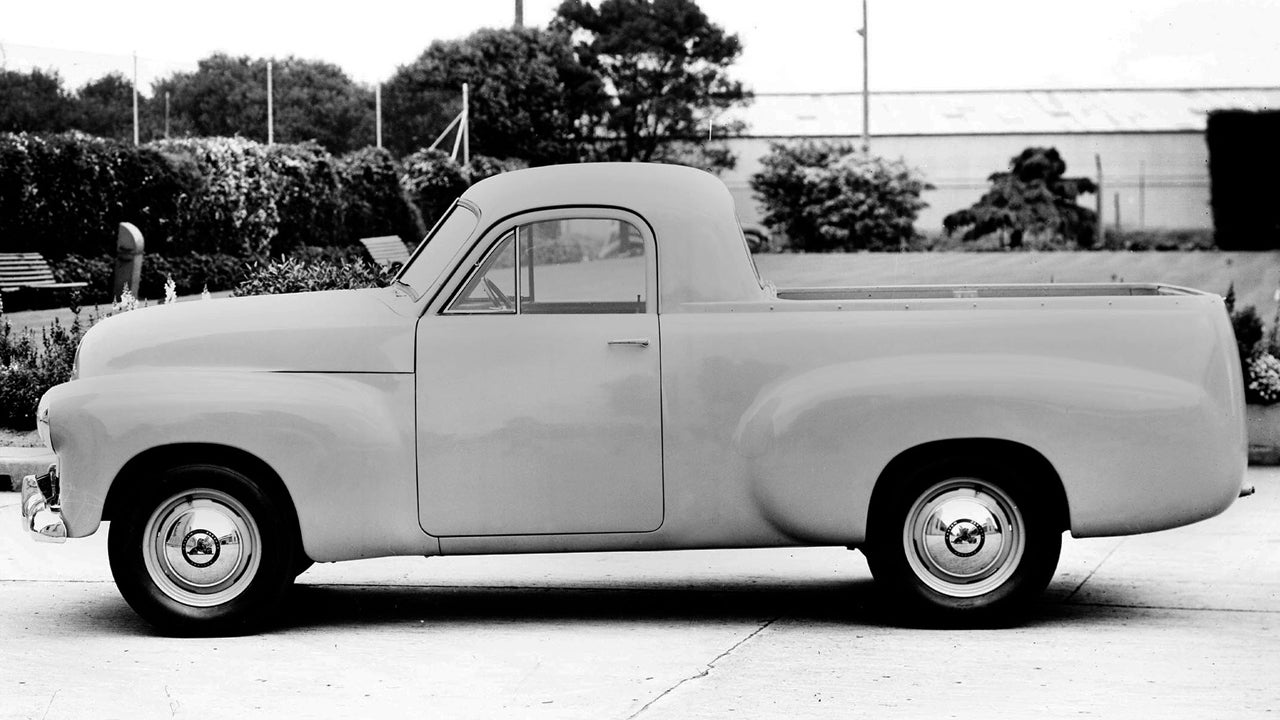 1951 saw the launch of the Holden 50-2106 — the brand's first ute. These combination car-trucks would became a rolling symbol of our unique car culture, and other Holdens like the Kingswood, Monaro, and Torana would become fixtures in the lives of everyday families and hardcore car nerds alike.

Then in 1978, Holden debuted the car that would go on to become synonymous with Australia: the Commodore. Starting with the first-generation VB in 1978, the Holden Commodore is a car that has ingrained itself into Australian culture over the last near-on 40 years. 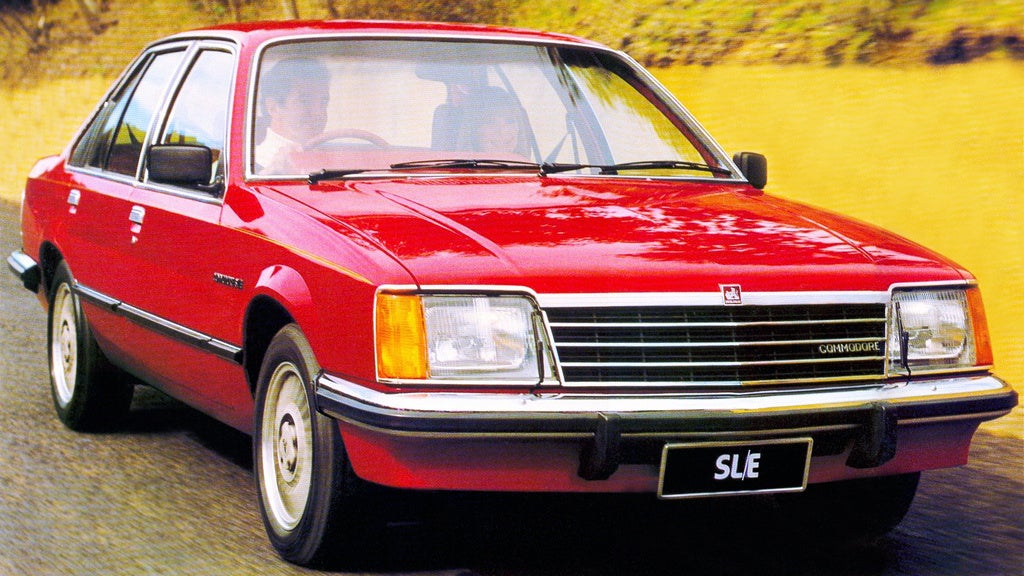 From being the first car you ever drove, to the family car parked in the driveway, to the aspirational factory hot rod you and your mates dreamed of someday owning, the Commodore is the car practically every Aussie has had an experience with at some point. Well, almost every Aussie. In Australia, it's never been so much about Holden versus Ford, as it's been about Commodore versus Falcon. But whichever side you support, like following a football team, passions run deep and devotion is often generational.

And when I say Australians, I mean all Australians, from indigenous people to new immigrants to blue- and white-collar workers and everyone in between. All Aussies can recall a late-night drive with a mate in a VH SL/E, or a family holiday or surf trip to the coast in a VC Vacationer, or drooling over a Group A VK SS or VL Calais or Walkinshaw. 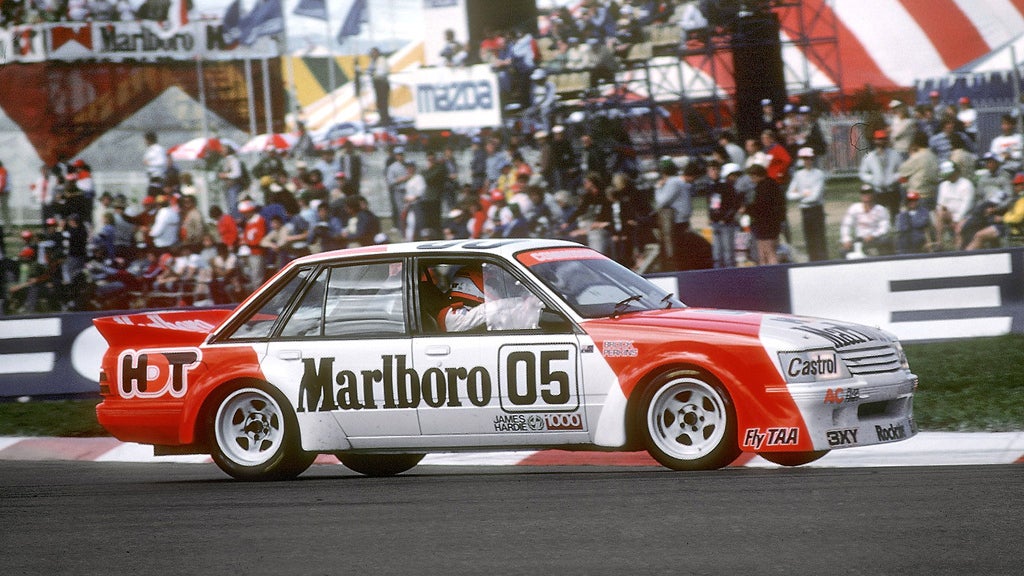 For die-hard fanatics, the model's compulsory V8 engine is one thing, but watching "their" Commodore slide around Mount Panorama at the hands of Peter Brock, Craig Lowndes, or Jamie Whincup at a Bathurst 1000 — well, that's something else altogether.

And we carried the V8, rear-wheel drive flag in some ways even longer than our American cousins did. Call it a shared colonial spirit — us both looking down at the genteel and snobby British sports cars, saying we could do it better with big engines and wild burnouts.

Don't think our car industry was killed off because it was bad. Quite the opposite. In 2013, the VF Commodore lifted General Motors' Zeta platform to new heights in terms of performance and handling, before the heavily revised VFII took over the reigns in 2015, with subsequent updates ensuring refinements continued into 2017. 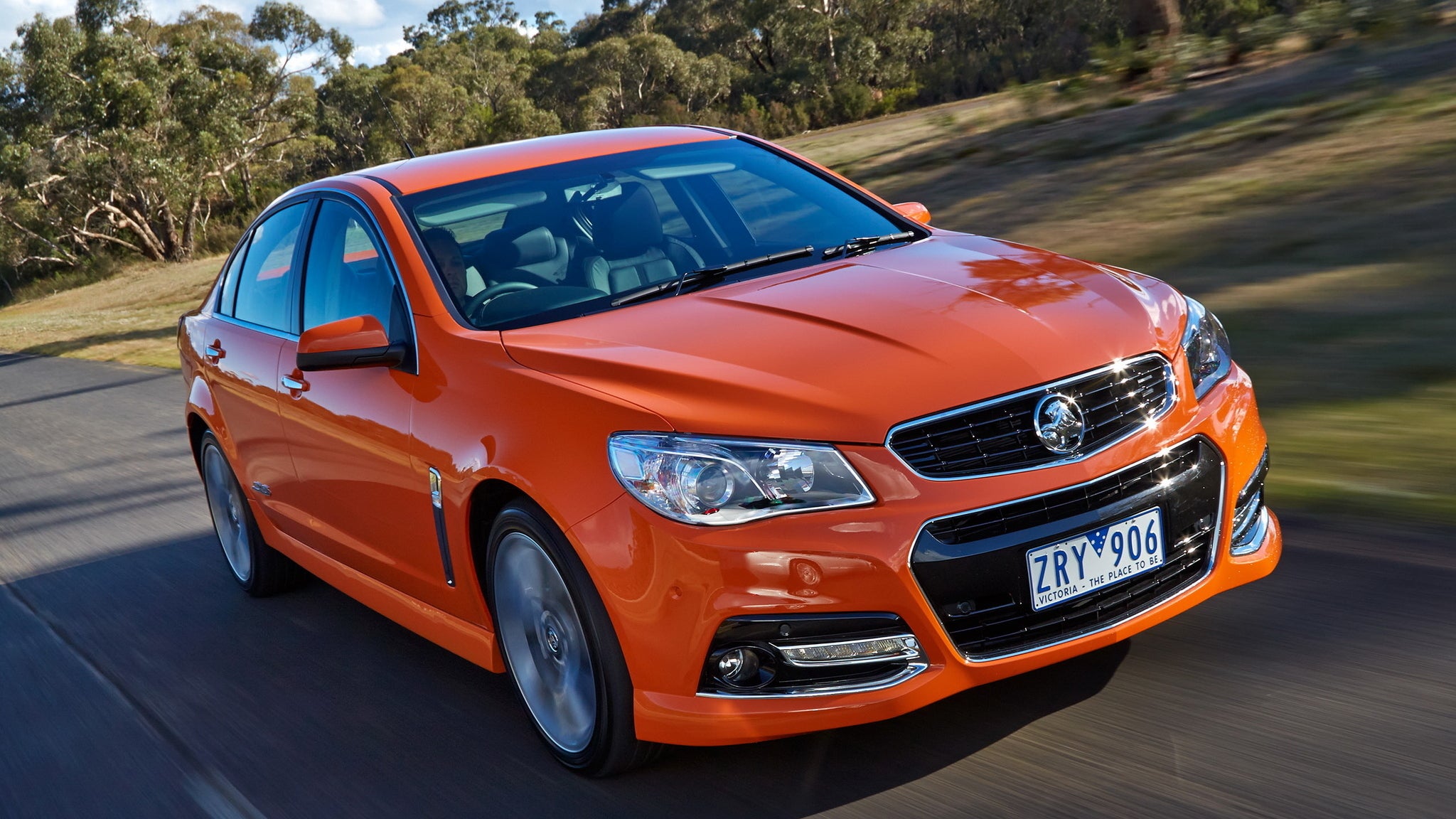 Sadly though, this is where the story of the Aussie-built Commodore ends.

If you believe the spin, Holden's local shutdown is mostly the result of increased production costs, economies of scale, free trade agreements and the like. It's hard to continue building cars in Australia, if you can't make any money doing so. We have a small car market in Australia. Not many of our cars get exported. It's cheaper to build them elsewhere and import them than make them here.

Additionally, and often less talked about, the truth of the matter is that back in 2013, GM global wanted more government support to help secure a manufacturing future in Australia. That support was something the center-right government of Tony Abbott at the time simply would not agree to for a variety of reasons.

By the end the numbers weren't on the Commodore's side either. Although Aussies had once loved their large sedans and coupes, the Commodore being one of the most popular, sales had plummeted over time. 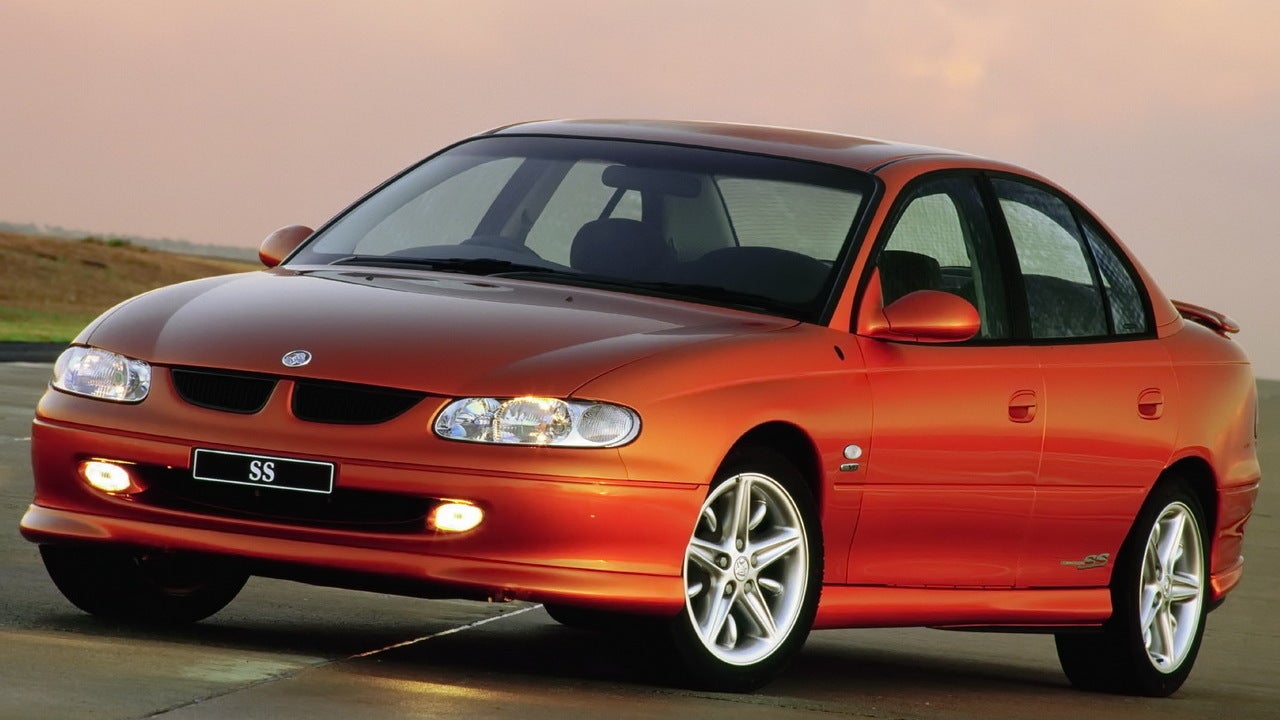 For context, at its peak, 153,026 Commodores were registered in Australia in 2005. By 2010, figures had fallen to 45,956 units. Despite all the sentimentality surrounding this month's closure, 2017 too will not go down as a highlight year for the model, with year-to-date sales currently standing at a meager 17,194 units.

The story of the Aussie-built Commodore also ends with 945 Holden employees — some of whom have spent more than three decades working for the brand — walking out of Elizabeth's front gates for the final time.

Workers who have spent a fair chunk of their lives building cars for people from all walks of life to drive and enjoy. Cars that have collected kids from school, taken mates to parties, impressed people on first dates, and even lapped some of this country's best race tracks (with various levels of success.)

People like Martin Merry — director of vehicle assembly operations at Elizabeth. A Holden employee for 33 years, Merry was moved over from Melbourne to Adelaide, specifically to assist with the closure.

"I couldn't be prouder of the people that worked on building the last Commodores," Merry told me. "We made sure the last car was our best car."

Another true gent is Jed Carmen — general assembly manufacturing and engineering manager at Elizabeth, and a Holden employee for 13 years.

"We will all miss the experience of coming into this facility every day as part of the Holden family," he told me. There are also plenty of other workers, such as David Depares who was at Holden for 28 years, or Paul Hitchmough and Joe Romeo, there for 19 years and 14 years respectively, or Paul King, there 13 years. People who have put in so much, yet taken away so much from their time at Holden.

And having been fortunate enough to have met these blokes personally at the Elizabeth plant back in June — while having the privilege of watching them put together my very own car — these are the people I think of while I'm washing my ute. And these are the people I'll continue to think of every single time I wash my ute.

People, most notably for me anyway, like Billy Tidswell.

Billy had been at Holden for 19 years, and was the person given the significant job of driving the very last Commodore off the production line the day of the closure. He's also the bloke who signed my ute (upon request), while it was still on the factory floor.

"It's sad to see Holden go — a lot of us thought we would retire and go on forever," Billy said. "The last year has been huge for me — driving people through our processes has been a great achievement. And being chosen to drive the last vehicle... what an honour." 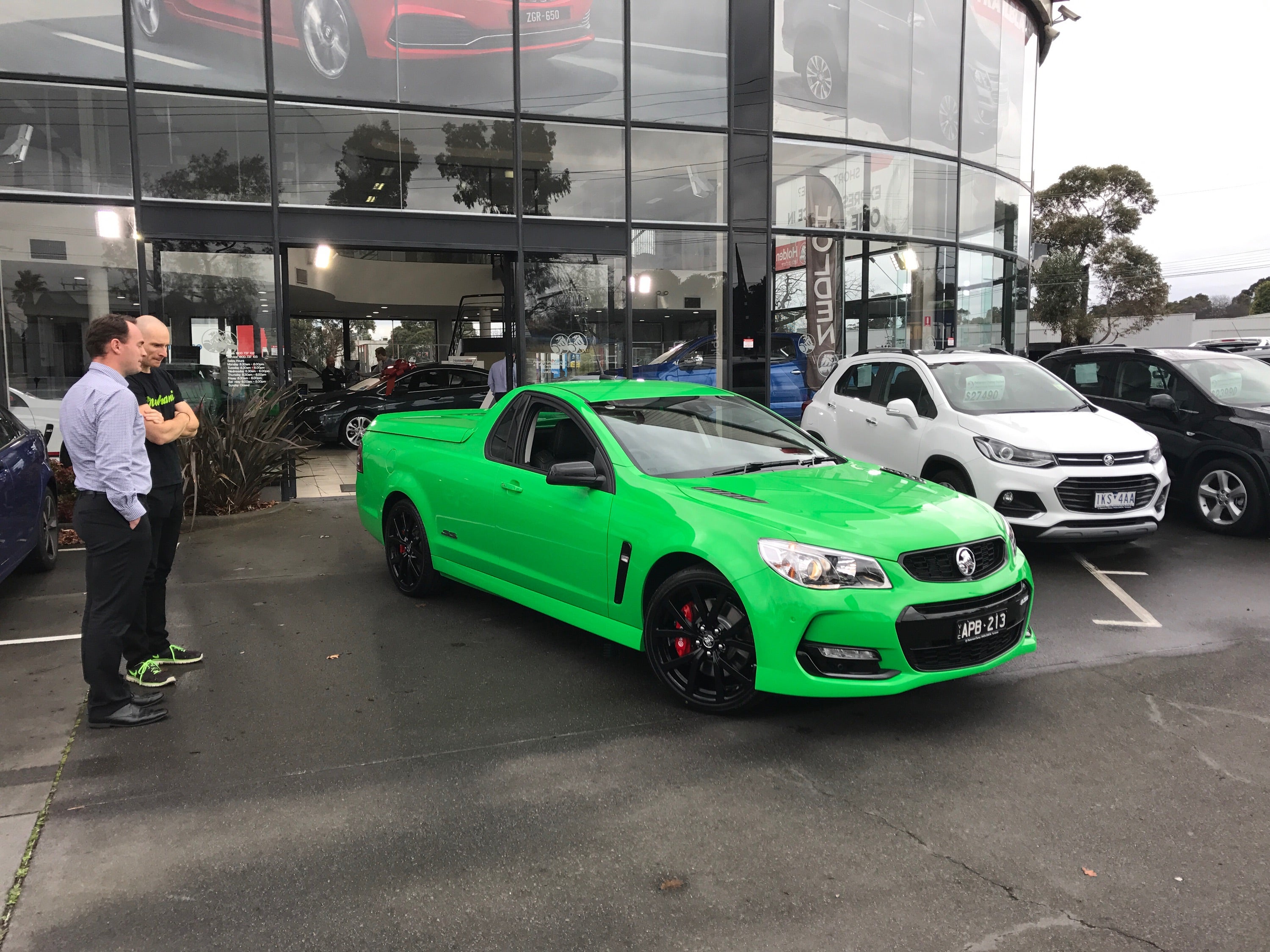 The author and his Ute.

Billy's mum also worked at Holden before him, in the very same plant, for more than 26 years. And Billy and his family are hardly the only ones to have done the same in South Australia.

So while Holden looks to the German-built Opel Insignia for the future of the Commodore, the upcoming arrival of the North American-built Equinox and Acadia SUVs, and the promised introduction of a new V8, rear-drive sports car to Australia, all Aussies — car enthusiasts or not — acknowledge two things.

One, the end of the Australian-made Commodore cements the end of the Australian car industry as we've all known it. And two, the death of locally built Holdens forever changes the landscape of our country. This change will no doubt see an import-only Holden brand struggle more than ever before, and could well prove an ominous sign of what's to come.

There's no life without the heart, but don't ever forget how much heart this country put into building its cars. 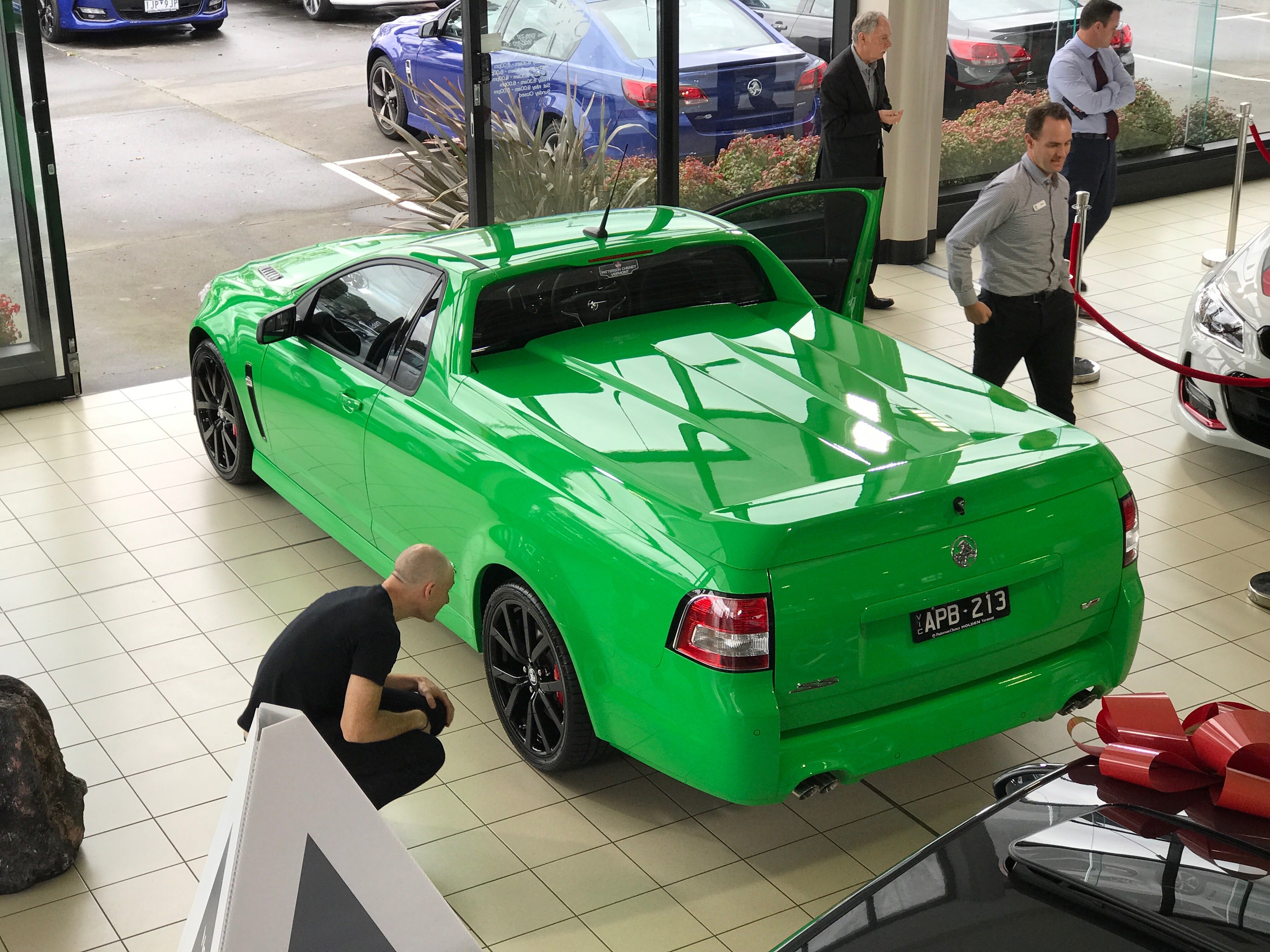 David Zalstein is a motoring journalist based in Melbourne, Australia. He's a genuine spanner-spinning, petrol-sniffing car enthusiast, who sold a 9N Volkswagen Polo GTI daily driver and a hillclimb-spec S13 Nissan Sil-80 to afford his new Holden Ute… but, you know, V8.