Why We Get Embarrassed And How To Overcome It 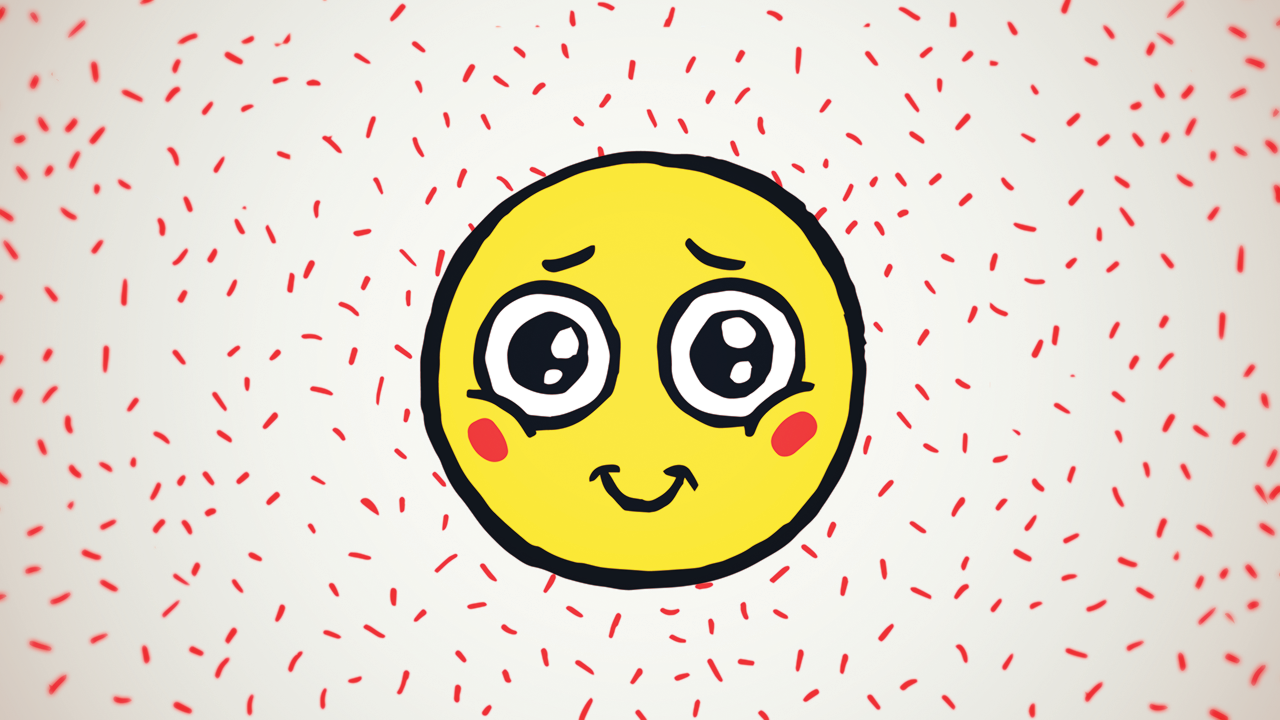 In 2003, I turned in an extra credit project for my high school business law class. I had perfectly interwoven what was essentially the story of Harry Potter and the Sorcerer’s Stone with a gripping contractual law element. It was somewhere around 40 pages long. You can guess what happened next.

Weeks after I turned in the project my teacher pulled me aside before class, presumably to tell me what a genius I was. He began to speak very slowly, “Andrea… I don’t. That was the weirdest, strangest thing I’ve ever read in my life… I mean, I’ve read some pretty strange things but that…” his voice trailed off. “H-Ha-Harry Potter?” I whispered.

Apparently he had never read Harry Potter and was both very confused and a little scared. My embarrassment was complete.

Everyone knows the feeling of embarrassment, for many of us this feeling is coupled with flushing of the face and neck. As someone who is very easily embarrassed, I wanted to find out why we get embarrassed and if there is anything we can do to prevent it.

Embarrassment Is a Fear Response

Embarrassment is a self-conscious emotion dictated by a disconnect between how we feel we should respond or act in public and how we actually respond or act. We are most likely to be embarrassed when we believe we have not lived up to what society asks of us or when we are on the receiving end of undesired attention. Context also matters. For instance, you aren’t going to feel embarrassed if you trip in your own house, but take that outside and it’s a different story.

Why Do Some People Turn Red?

That’s governed by the all powerful fight-or-flight response. Our minds see embarrassment as a threat, as does our bodies. A unique feature of the veins in your face and neck is that they are equipped to respond to social threats. When we do something embarrassing, these veins dilate thanks to the chemical transmitter adenylyl cyclase. This transmitter allows adrenaline to pump fresh blood and oxygen through the body (including your face and neck). Though embarrassment isn’t the only cause for our face turning red (guilt, shyness or shame can also trigger this) it is a big part of it.

People Can Make It Worse

You’ve probably come into contact with people like this. As soon as your face begins to turn red they feel a compulsion to tell you your face is indeed turning red. As if you did not know. Studies also show that when people tell you your face is turning red (even if it’s not) you will begin to turn red. When people tell us we are blushing we hear: “I’m judging you negatively.” At least this is what we assume is happening. According to a study published in Behaviour Research and Therapy:

The belief one is blushing brings about negative beliefs about the judgement of others, and might even enhance the blush response itself.

Researchers have also found that our fear of blushing in front of others, or their acknowledgement of our blushing, can cause us to alter our behaviours in a way that does result in poorer judgement from others. It’s not the blushing that causes people to judge us negatively but rather the way in which we modify our response. It ends up being a kind of self-fulfilling prophecy.

One study examined the effect staring had on facial flushing and what they found out seriously surprised me. When individuals were singing in front of a group of people (an embarrassing task) their face would turn red wherever the majority of people were directing their gaze. By examining where the blood flow was being directed, the researchers determined that just staring can cause an ipsilateral (meaning affecting the same side of the body) increase in blood flow to the face. What’s the upshot of all of this? If you are doing something you find to be embarrassing and people are staring at you, you will likely flush. That is why I personally always sat in the front of class – I never knew who was staring at me or not.

Can You Prevent It?

Short of surgery that snips the little nerves that cause your face to turn red, no. The blushing response is governed by our sympathetic nervous system and it’s not something we can control. It happens without conscious thought or effort. What you can do, however, is aim for a healthy perspective.

Of course knowing this has never personally prevented me from getting embarrassed or turning red, so here are a few other helpful tips I’ve found.

It’s Not All Bad

Though we regard embarrassment as pretty painful, it actually isn’t that bad for us. Because embarrassment cannot be faked, it signals to our peers our true emotional state. It shows others that we are either ashamed of or feel guilty about our conduct. This emotional response helps indicate that we are trustworthy. At least, that’s what researchers at the University of California, Berkeley found out. They conducted five different research experiments which all resulted in the same conclusion: Embarrassment is a pro-social emotion.

Researcher and psychologist Dacher Keltner showed subjects an image of a typical embarrassed gesture and facial expression. When the researchers showed images of people displaying embarrassed poses, versus those who were displaying prideful ones, the study participants preferred the embarrassed individuals. In fact, they wanted to associate with these people far more than the prideful people.

Feeling embarrassed and blushing is endearing and can even help usavoid confrontation with others. If someone turns red during a confrontation we can see that, that individual feels bad about their behaviour. This can deescalate the confrontation.

It is also a useful tool we use to increase mutual fondness for one another. For instance, people who tease each other to invoke embarrassment are doing so to test how compatible they are. If we tease someone and they become embarrassed, we are far more likely to want to get to know that person better. Embarrassment is a powerful and necessary social tool.

We all like to present ourselves in the best possible light and doing something embarrassing shatters the vision we have for ourselves. We also assume embarrassment impacts us negatively both personally or professionally. None of that is true, we blow this way out of proportion thanks to the what is known as the spotlight effect.

How do you rise above that overwhelming feeling that everyone is watching you? You can start by following these three steps:

1. Talk about things that embarrass you: Our feeling of embarrassment largely stems from the false assumptions we have in our head about how others view us. When you talk about embarrassing stories with friends or other people you trust, you take away the power those moments have over you. This will also show you that embarrassment alone does not lead to negative judgements from your peers.

2. Remember that blushing and embarrassment shows you care: Part of why we are drawn to others who are embarrassed is because we view them as people who understand when they have crossed a line or made an error. That’s an important human trait and not something anyone should be ashamed of.

3. Refocus your attention: Our intense fear of being negatively judged by others can enhance our feelings of embarrassment and blushing response. Speaking to the New York Times, Jerilyn Ross, author of the book One Less Thing to Worry About, recommends patients who are blushing or embarrassed ask themselves this question: “I blush when I’m anxious; what does that mean?”

By asking this question, the patients’ attention is put back on the interaction and conversation taking place instead of their embarrassment. This can help you pair down your embarrassment response faster than if you were to focus on being embarrassed and turning red. It places the focus on the external rather than the internal.

All of these steps have to do with lessening the blow of embarrassment and taking away some of its power. Remember that everyone gets embarrassed and it’s OK that you do too.

I won’t stop being embarrassed any time soon and I can’t imagine I will be able to prevent myself from turning red either. Over the years I’ve come to accept that part of myself a little bit more. Now I know that embarrassment serves an important social function and that it is possible to talk myself down when I am in an embarrassing situation.

Embarrassment is here to stay so with that in mind, I shall leave you with this quote from Richelle E. Goodrich:

Relax; the world’s not watching that closely. It’s too busy contemplating itself in the mirror.