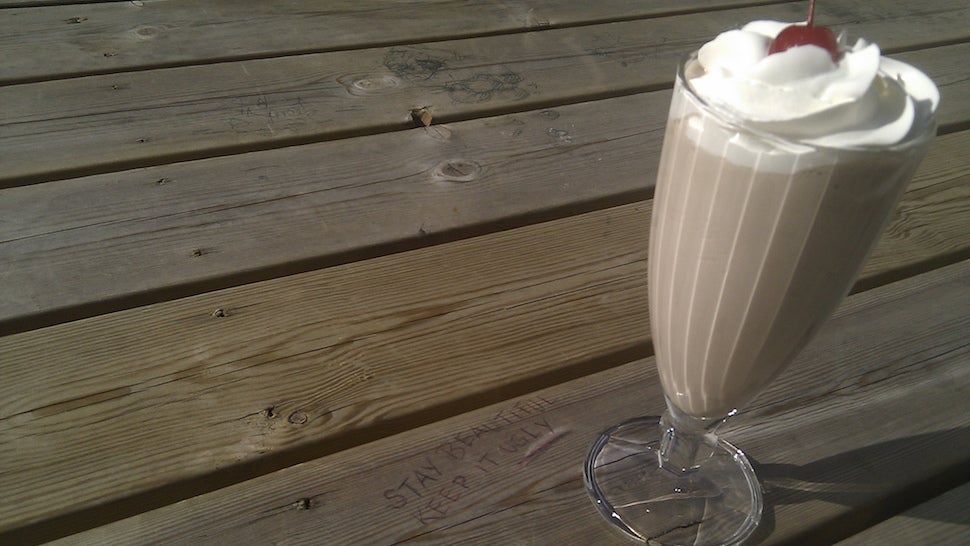 Diner food isn't exactly Michelin Star cuisine, but that doesn't make it not delicious, or we can't learn great at-home cooking tips from diner cooks. The Kitchn runs down a bunch, but one stood out to us: Add a shot of chocolate or vanilla syrup to your homemade milkshakes to take them to a new level. Photo by Ben Dalton.

This is just one tip, but they explain:

The secret to the most vanilla-flavored vanilla milkshake is that shot of vanilla syrup the diner cook snuck in while making it. Of course, that also means that the addition of a little chocolate syrup in a chocolate milkshake is also brilliant.

So when they say "vanilla syrup" here, they probably mean dessert syrup, or the kind you might see at a coffee shop that's really a vanilla flavoured or infused simple syrup — not that someone's in the back of your favourite diner infusing vanilla beans into simple syrup (although maybe, who are we to judge?). You could do that if you want, and you'll have an amazing vanilla syrup as a result, but if you're lazy, a shot of the sweet stuff will do. Same with the chocolate. Pick your favourite chocolate shake recipe, then stir in one last shot of a simple chocolate syrup, and you get a good chocolatey punch with every sip.

This isn't the only tip in the piece either — there are others, like using a flat-top griddle whenever you can to make the best omelettes (they're also easier to fold over fillings with a spatula if you don't have to finagle a pan), and one of my favourite underrated cooking tips ever: Warm your plates before putting hot food on them, the same way restaurants often do. It keeps your food hot longer, and definitely while you eat it. Hit the link below for the rest of the suggestions.

10 Cooking Tricks Only a Diner Can Teach You [The Kitchn]

Mariam Gabaji 26 May 2020 7:51 AM
Telstra's officially launched its much-anticipated 5G WiFi Pro — a new 5G mobile broadband device. Here, we take a closer look at its price and specifications in case you're looking for a tech upgrade.