Some of the world’s most celebrated food combinations must have seemed pretty weird to begin with. Hot chips and vinegar? Nope. Cheese and Vegemite? Eww. Peanut butter and chocolate? Yuck. Cream and fish (AKA chowder)? Bleugh! Nowadays, these pairings are completely mainstream and don’t even raise an eyebrow. Here are eight more “stomach churning” food mashups that are actually delicious — those who dare to try them won’t be disappointed.

All pictures from Shutterstock

Avocado and chocolate mousse have a similar texture which makes them ideal bedfellows. Combining them into a single dessert or dip is heavenly — and a damn sight healthier than mousse by itself.

Method: Scoop the flesh out of an avocado and mix in a food blender with 1/4 cup cocoa powder, 2 teaspoons vanilla extract, 1/3 cup coconut cream and 150g melted cooking chocolate. Process until creamy and smooth and serve in a small bowl or glass.

Bacon and banana might seem like an odd combination, but they actually go together perfectly at breakfast, with the fruit adding a soft sweetness to the crisp, salty rashers. As an occasional indulgence, try combining them on a pancake or waffle with maple syrup.

Method: Fry a pancake and cover with bacon rashers (alternatively, you can dice the bacon and cook it directly into the pancake.) Cut a peeled banana into thin slices and layer it on top, followed by a generous drizzling of maple syrup.

Ranch dressing is as common as ketchup in the US but remains a rarity in Australia. It’s essentially a mayonnaise-based condiment made from buttermilk, salt, garlic, onion, herbs and spices. While nominally a salad dressing, the sauce’s subtle flavour can enhance a wide range of foodstuffs — including pizza.

Method: You can buy ranch dressing from most supermarkets but homemade is definitely preferable. This infographic contains a simple DIY recipe. After cooking your pizza, simpy add a swirl of ranch dressing on top (similar to sweet chili sauce or dijonnaise.) Alternatively, you can fold and dip your pizza like those crazy Americans 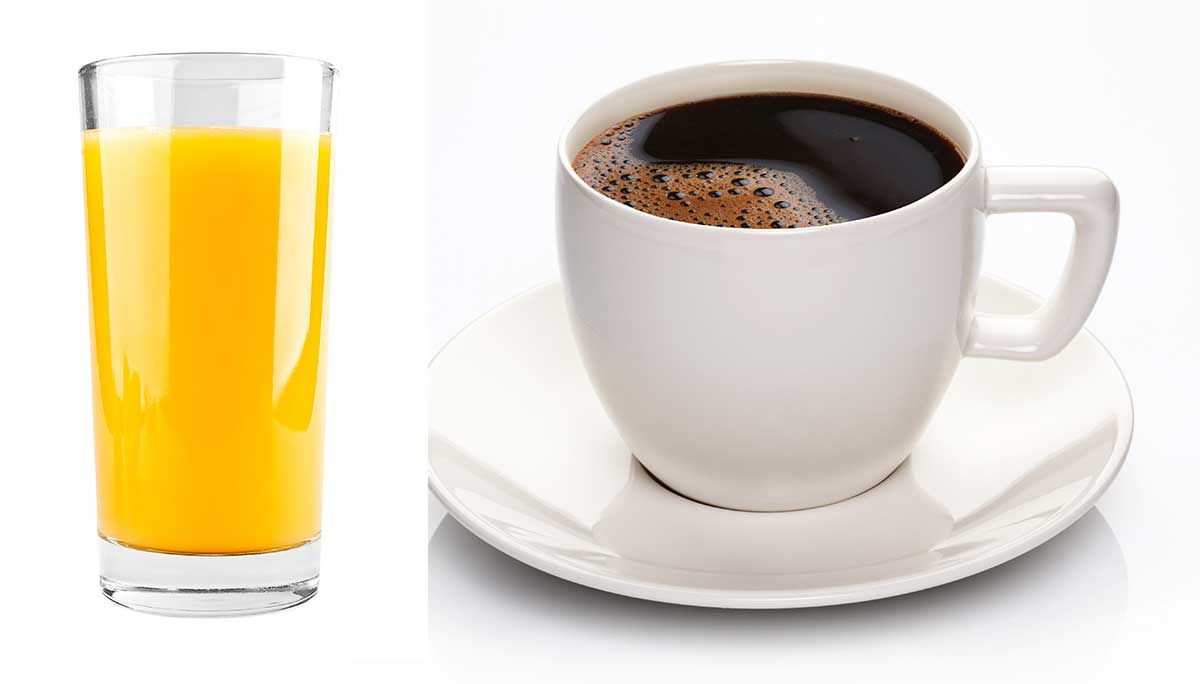 If you drink black coffee and orange juice at breakfast, you probably take alternate sips between mouthfuls of food. Instead, you could save time and cut down on clutter by combining them into a single beverage. It sounds crazy, but has a pleasant taste: the orange will add a dash of sweetness to the bitterest of brews.

Method: Simply add a few dashes of OJ to your coffee mug, adjusting to taste. Alternatively, drop in an orange wedge and give it a gentle squeeze with your spoon to release the flavour.

When you consider how universally beloved chocolate is, you’d think it would be commonly combined with more foods. One culinary mashup that is beginning to gain traction is dark chocolate and Parmigiano Reggiano cheese. The bitter/sweet tang of dark chocolate is a perfect accompaniment to the salty nuttiness of this cheese. The success of this flavour pairing has even been proven by science.

Method: The easiest way to experience this combo is the toasted cheese sandwich. Coarsely chop around 50-60g of dark chocolate (64%) and combine with thinly shaved slices of Parmigiano Reggiano on sliced bread. Stick under the grill or sandwich press until golden brown. (You can also blast it in the microwave prior to toasting for an even meltier texture.) 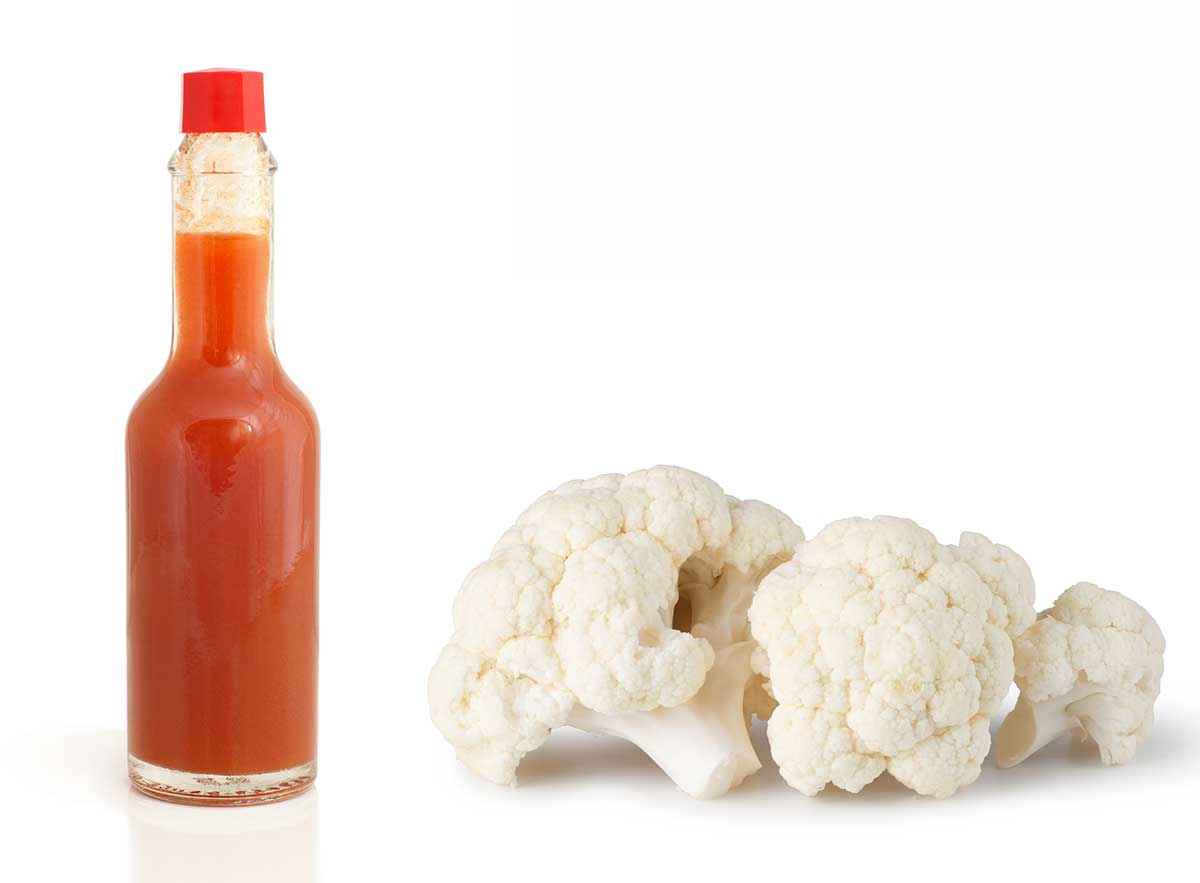 Cauliflower is a pretty underrated vegetable: especially when fried and smothered in delicious hot sauce. This is a (slightly) healthier take on buffalo wings: you basically substitute the chicken for cauliflower heads. Simples!

Method: Break a head of cauliflower into bite sized pieces. Shake in a bag with a few teaspoons of oil, a store-bought chicken batter mix or your favourite spices. Place them on a baking tray and cook in the oven until dark and dehydrated. Finally, coat with hot sauce. (For a fast, oil-free snack you can also try tossing it up fresh without the batter.) 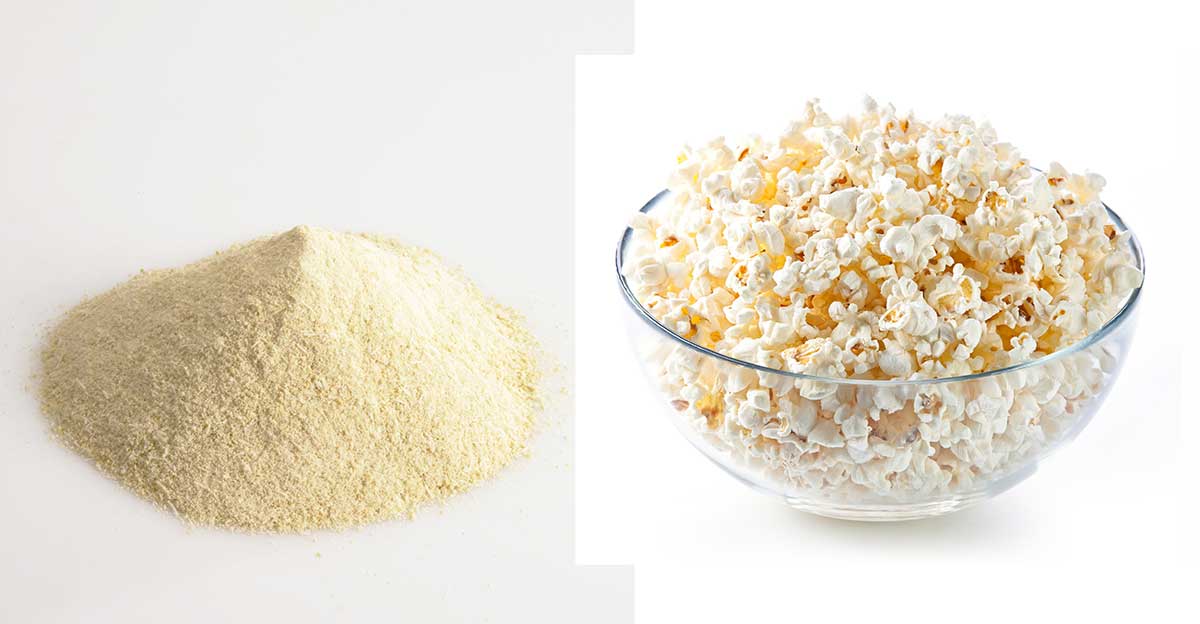 To give homemade popcorn a flavour kick, it’s hard to look past powdered cheese. This isn’t as fattening as melted butter and contains less sodium than table salt. It’s also more flavoursome than either.

Method: After popping the popcorn like normal, simply sprinkle the powdered cheese on and shake. (We recommend Parmesan.) 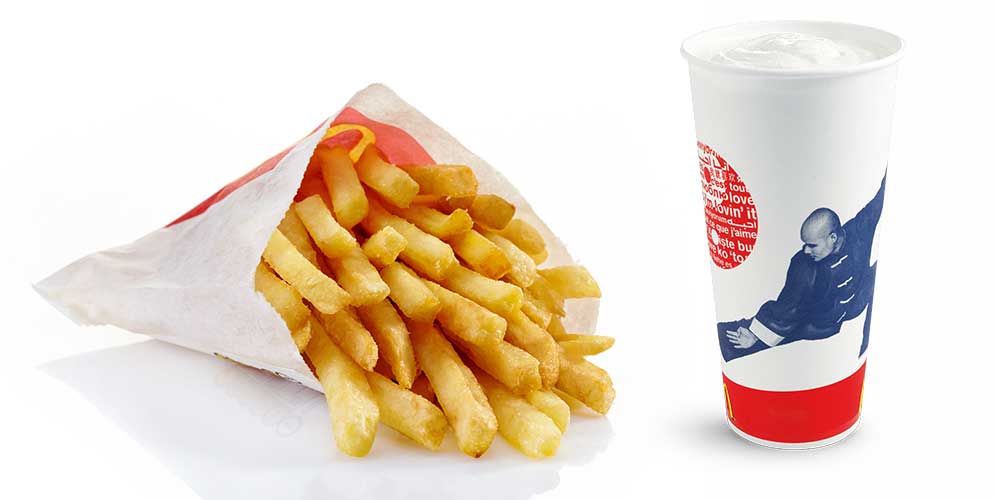 It would be remiss of us not to include a fast food combo, what with all the DIY taste tests we’ve done. For the purpose of this article, we’ve plumped for a classic: French fries dipped in vanilla milkshake. Some of you won’t think this combination is weird at all, while others will be crinkling their nose in distaste. But you shouldn’t knock it until you try it.

Method: Simply buy a fries and shake from McDonald’s, remove the drink’s lid and start dipping away! Alternatively, you can get a similar taste sensation from fries dipped in ice cream. We also hear that chicken nuggets dipped in Sprite works a treat.

Got any unconventional food combinations of your own? Share them in the comments!