Ask LH: When Should I Care About My Job Title? 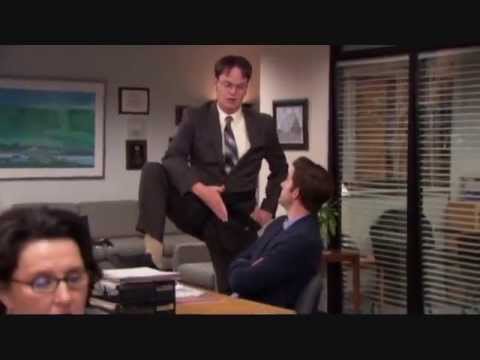 Dear TAT,
Job titles rarely matter that much in the moment. They can make people feel important at a job, but they rarely do more than establish a hierarchy. Your title only makes a significant difference when distinguishing a regular employee from a manager, and when you leave your job and have to stick it on your resume. If you plan on staying at your job for a while, a lack of a new title shouldn’t have a major impact on you. You don’t want to ask for something from your company if you plan on walking out the door in the near future and want to leave on good terms. If you want a title bump, or at least want to know why you didn’t get one, you just have to ask — in the right way, of course.

Why Companies Hold Off on Title Promotions

They’re Reserving the Title for Later
Some companies can’t afford pay raises for the same employees year after year — or, at least, not much of one — so they upgrade job titles instead. Your company may want to reserve a title boost for you later on so they can pay you less but still give you value. If this is the case, asking for your new title right now means you might get less later if they give it to you.

Publicly Promoting You Causes Trouble with Other Employees
Office politics can play a role as well. Sometimes, giving you a greater title may make another employee feel stilted. Companies may want to keep your promotion relatively unknown, so they won’t provide you with a new title. If this happens, you should see that title bump in the near future (or at least have cause to ask again at a later time).

This Is a Test
Your company may also want to see how you perform in your new responsibilities before officially giving you a new title. If you’ve worked hard for them and earned a raise, they will have no trouble paying you more for your continued effort. They may add new responsibilities as a test to see if you can handle them, then provide the title promotion on its own if you pass.

You Don’t Deserve One Yet or They Just Forgot
New responsibilities may seem like a lot to you and much less to your employer. If they haven’t put you in charge of managing a large project or other people, they probably don’t see your new position as a new position. Your company wants to pay you more because it asked you to do more but nothing that couldn’t fall under your existing job title. While some companies will add a junior/senior distinction when providing new responsibilities, they may for some departments in the company and not others. For example, developers may get this distinction, but customer support representatives will not. Look at your department and find a precedent. If it seems like you should have a title upgrade, you can ask for one. Sometimes, companies don’t think about it as closely as you might. So you should bring it up if it seems like they overlooked this aspect of your promotion.

How to Ask for a Title Promotion

When you ask for a title promotion after getting a raise, you may come across as greedy. Also, because title promotions prove most useful on your resume rather than at the company (in most cases), you also give the impression that you don’t plan to stick around. You don’t want that kind of brand at the company, as it can hurt you in the future, so you should tread carefully.

If you work in a traditional company with different departments, you probably got a promotion because your manager recommended you for one and the company decided what to give you. This puts you in a better situation, because you can talk to your direct manager about your title first, potentially minimising the number of people who know you asked for it. If you need to go directly to your boss, don’t worry — you still want to make the same approach. Tell your boss or manager something like the following:

I really appreciate the raise and new responsibilities, but I feel like I’m now doing the level of work associated with a(n) [INSERT JOB TITLE HERE]. I don’t want to ask for too much because I’m very happy here, but do you think that’s an accurate title for the work I’m doing?

When you broach the subject, you want to make a few things clear: 1) you appreciate what you have, 2) you’re happy at your job (you don’t plan to leave), and 3) you only want the appropriate title for the level of work required of you. You also want to leave them with a question at the end of your request to ensure they think about what you said rather than see it as a point of argument. When you ask a question, you become less imposing, and you don’t want to overstep when making a request like this.

After you ask, your boss or manager will explain the situation, and that explanation will likely fall under one of the previously described scenarios. If they provide you with the new title, great! If they want to wait, turn this denial into an opportunity. Ask them what the company would like to see from you in order to earn this title. Show them that you want it and that you want to work for it. As a result, if you don’t get the title when the company traditionally promotes people, you can ask why you didn’t receive it while demonstrating how you met the criteria they laid out for you.

You Should Care About Your Job Title

Job titles are silly little things that make us feel like we’ve made progress when we receive them. For the most part, they just don’t really matter that much and you shouldn’t put too much stock in them. Titles shouldn’t affect how you feel about your role in the company and the (hopefully) good work that you do. You don’t want your ego to get in your way.

That said, job title promotions show that the company recognises that work. If they don’t show that in other ways — like a pay raise — you should ask. Job titles have value once you leave the company. Even if you don’t plan to do that anytime soon, things could change. You may get laid off if the company needs to downsize. You may find you hate your new responsibilities, or the company hires a manager you just can’t work with well. You need to care about your job title, because it can get you a better job later on. Let go of the egotistical reasons that might make you want something like “Senior Manager” and aim for the title that will get you better work later. You may not need it now, but planning ahead can mean avoiding unemployment later.