10 of the Most Overrated Exercises (and What to Do Instead)

If there’s anything I’ve learned from competing in multiple sports over the years, it’s that there is no single “best” way to train. Moves that are absolutely foundational in one area of fitness are optional or unheard of in another — and yet people can still get strong in one or the other.

In truth, everything is optional and nothing should be forbidden. As we explained when we told you there are no exercises you should “never” do, there are also a bunch of exercises far more popular or highly praised than they should be. What follows is my take on the exercises you can stop doing if you hate them, because they are overrated — plus suggestions for what to do instead. 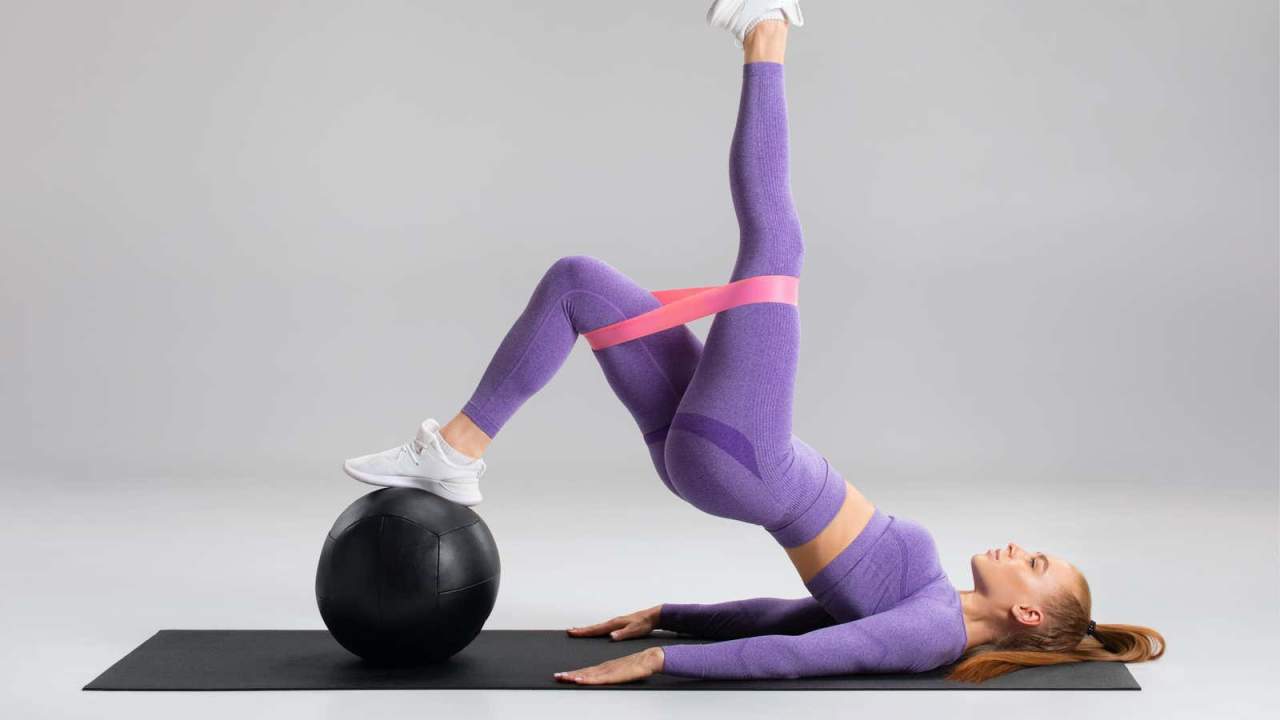 If you see a workout with banded squats, or their friends, banded glute kickbacks and banded donkey kicks, there’s a good chance you’re in for a waste of time.

There’s nothing wrong with working these moves into a warmup or using a band around the knees as a technique drill (for example, to know what it feels like to “push your knees out” on squats). But if you’re relying on a band to make a squat harder, you’re wasting your time. Putting weight on the bar is what’s going to give your body more work to do. Booty bands aren’t going to accomplish much.

What to do instead: An actual weighted squat. If you don’t have access to a barbell, kettlebell, or dumbbell, goblet squats are the next best thing — or try step-ups or single leg squats. 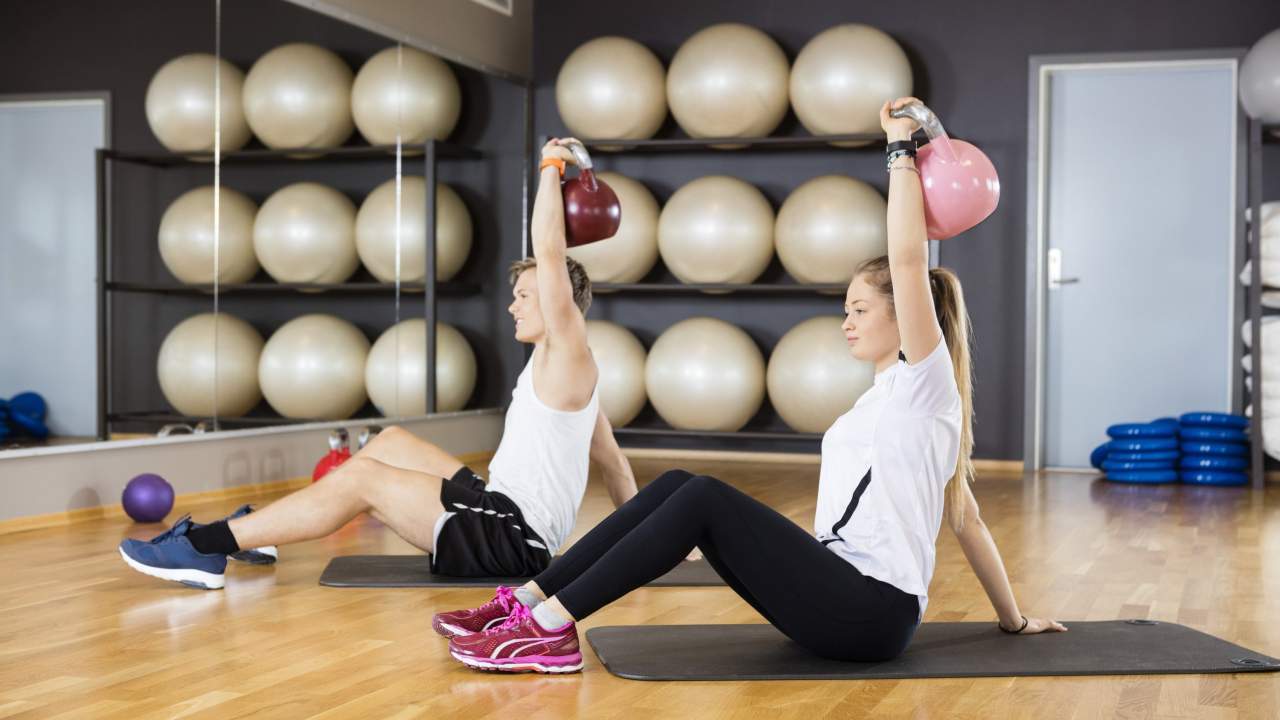 To be honest, this whole slideshow was inspired by the way a certain group of kettlebell enthusiasts freaked out when Men’s Health declared the Turkish getup overrated. Sorry folks, they’re right.

The Turkish getup, in which you go from lying on the floor to standing up with a weight overhead, is excellent as a test of your core strength, shoulder stability, balance, and more. Its origins lie in circus performances, and it’s a great move to show off what you can do.

But if you want to be good at getups, the best way to get good at getups is to train with normal-arse weights to build all those different forms of strength. The getup itself is a mishmash of moves, where some parts are harder than others at the same weight. Even the people who sing its praises tend to program it as a light warmup move. If it were a genuine strength builder, you would load it and progress it the same way you do your other lifts.

What to do instead: For your shoulders, presses and overhead carries. For single-leg balance, lunges. For core strength, pretty much any core move. Break the pieces apart and train them like real lifts.

I almost can’t decide if burpees are underrated or overrated. Everybody hates them, and yet they’re in so many workouts. What earned them a spot on this list is that they’re more of a filler than an exercise with a purpose. They’ll make you real tired, real quick, without any equipment at all.

That makes them ideal from a Crossfit coach’s point of view (throw them in between barbell lifts and you don’t have to get a second implement out) as well as for at-home workouts that will leave you feeling exhausted even if you don’t have and gear.

That said, there are still plenty of reasons they suck. Beginners will find the squat jump and the pushup tire their muscles out quickly; more advanced athletes will get more of a cardio benefit and less in the way of strength. Those are two entirely different effects, making this a bad choice as a one-size-fits-all exercise.

What to do instead: If you want a cardio move you can do without equipment and that doesn’t make you hate your life, try the original four-count burpee shown in the video above. Put your hands on the floor, jump your feet behind you and then back into position, then stand up. It’s less explosive and less exhausting.

On the other hand, if you want an exercise that’s more strength and less cardio — with, again, less suffering — try Dan John’s “humane burpee,” which breaks up the movements and uses weighted alternatives. You’ll do kettlebell swings, goblet squats, and pushups in a descending rep scheme. 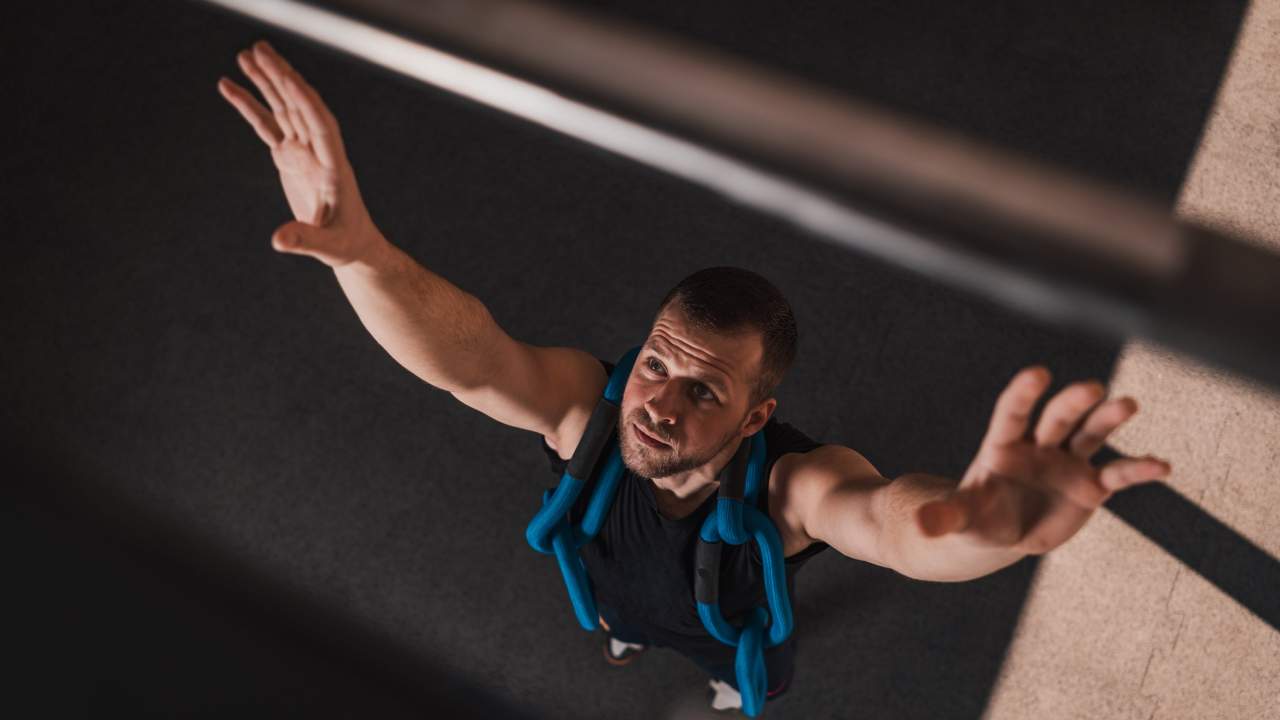 Getting your first pullup is a huge accomplishment, but there’s a catch-22 in achieving it: the best exercise to build pullup strength is the pullup, but you can’t do one yet.

There are a bunch of good ways to bridge that gap, but too often, people end up getting stuck in the land of the banded pullup. (In this, you hang a resistance band from the pullup bar, put your foot or knee into it, and allow it to help you up.) Banded pullups do allow you to get some pulling work in, but unfortunately they don’t help you learn the body control necessary to make the leap to the real thing.

What to do instead: Negative pullups, bench-assisted pullups, and flexed-arm hangs are some of my favourites. Add in lots of accessory work with lat pulldowns and Kroc rows and you’ll build the strength for a full pullup pretty quick. This routine combines several of these approaches, and I can personally vouch that it works. 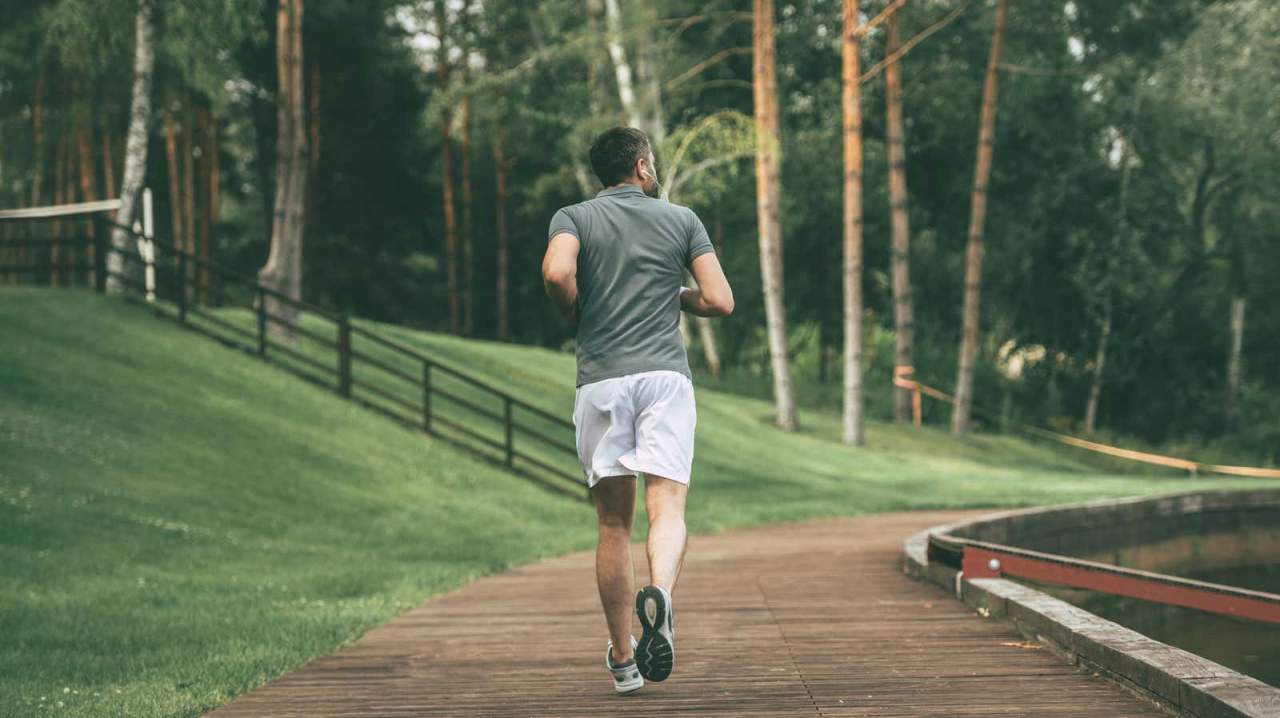 Running is great. It doesn’t take much to get started (shoes, a sports bra if needed, and okayish weather) and it can definitely build your cardiovascular fitness.

But it’s also not for everybody. Some people can’t run comfortably, whether that’s due to their weight, joint problems, or simply never having figured out how to do it without feeling like you want to die. While some of these obstacles can be overcome, there’s an important question: Why bother?

You don’t have to run to build your cardio fitness, especially if you hate running. Running also has a relatively high injury rate compared to other fitness activities, so I think it’s totally fair to nope out.

What to do instead: Cycling, indoor or outdoor, is a simple drop-in replacement for either low-intensity jogging or high-intensity running intervals. And if you want an even simpler option, walking can substitute for jogging as long as you do something to increase the intensity: either walk really fast, walk uphill (treadmills with an incline adjustment are perfect), or throw on a backpack or weighted vest. 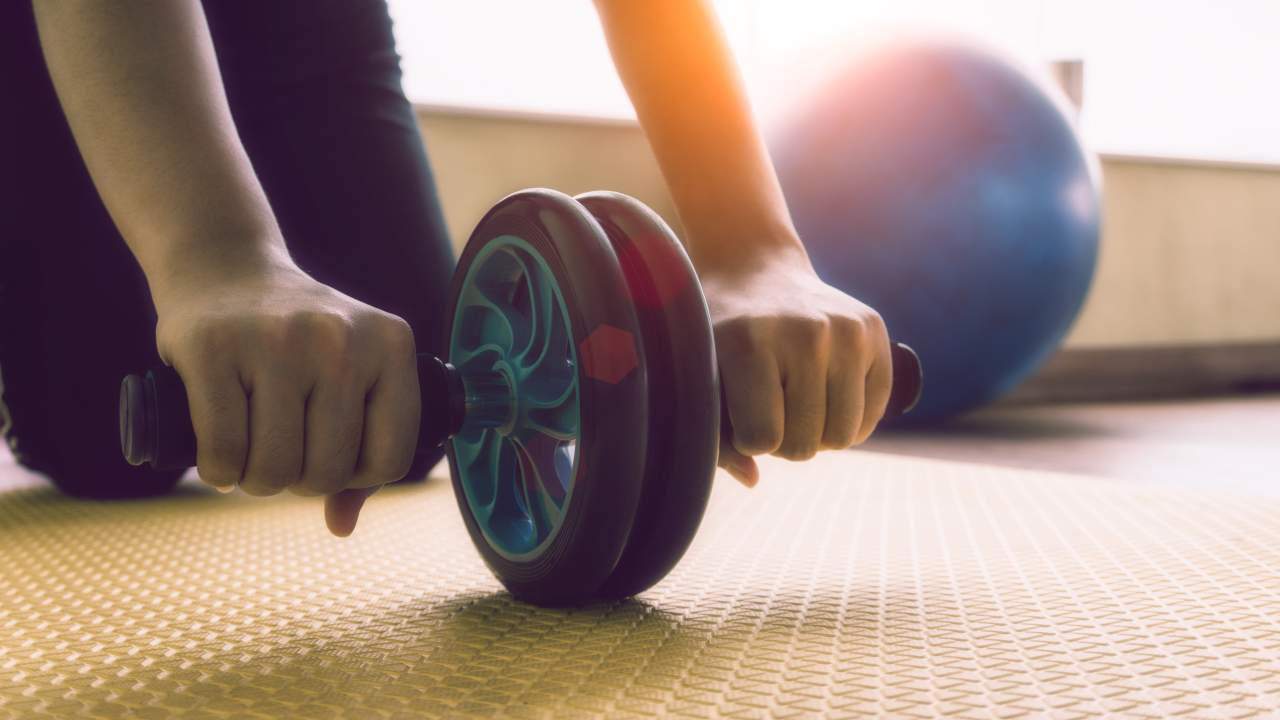 But it’s overrated because, come on, it’s one exercise. And you can’t progressively load it; you just do it for longer and longer stretches of time. Once you can do a three-minute plank, there’s not much extra benefit in working toward four minutes. Also, some of us just get bored.

What to do instead: Everything else! There are so many core exercises in this world. Start with deadbugs and bird dogs, which require you to move your arms and legs while keeping your core tight. For something plank-like that you can load, try pallof presses with a cable machine. Or for a devilishly hard variation, master the ab roller. 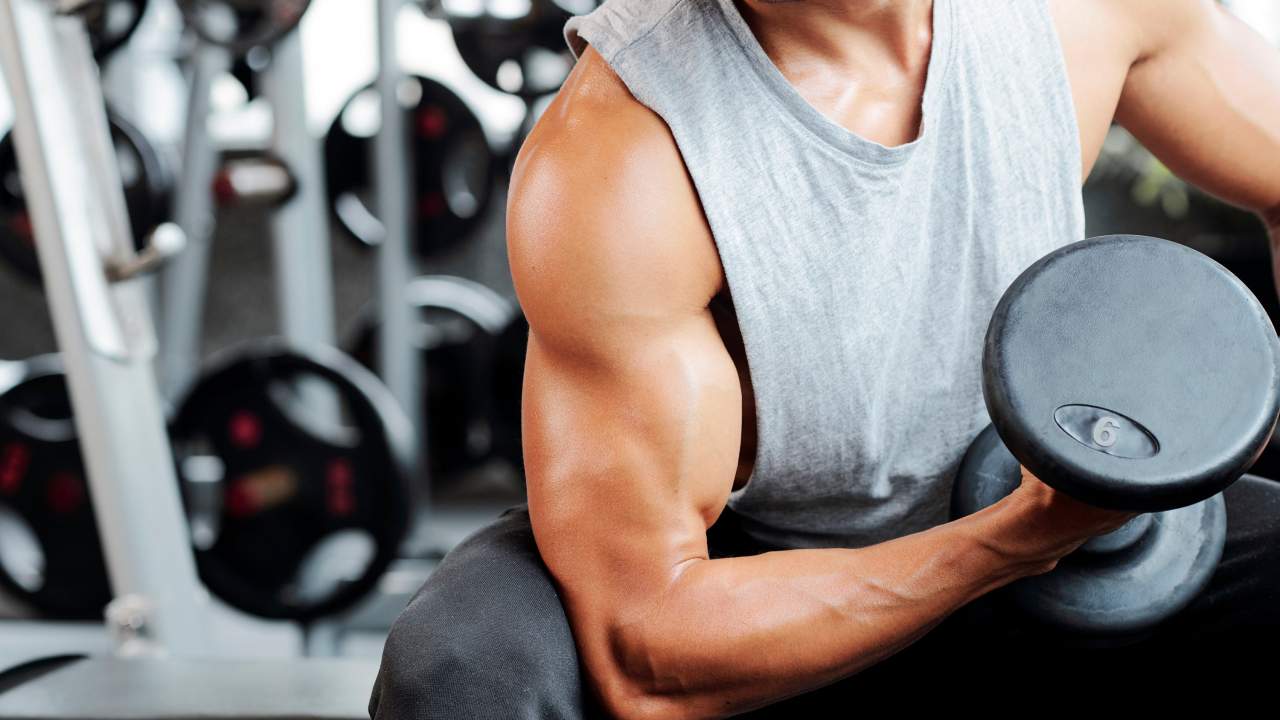 Bicep curls are not a bad exercise. Some of us (ahem, me) should probably do them more often. But they’re on the overrated list because of all the young gym bros who head into the gym and do nothing but curls. If your arm day has six different bicep isolation exercises, you might be missing out on a few opportunities to work other muscles.

What to do instead: Look at your routine and figure out what you’re missing. If you’re the stereotype I’m thinking of, you’ve probably forgotten that you have muscles in your back, too (because you can’t see it in the mirror). Try some Pendlay rows, Kroc rows, lat pulldowns, seated cable rows, or chinups, for starters. All of these exercises will work your biceps, while also hitting your core and upper back. 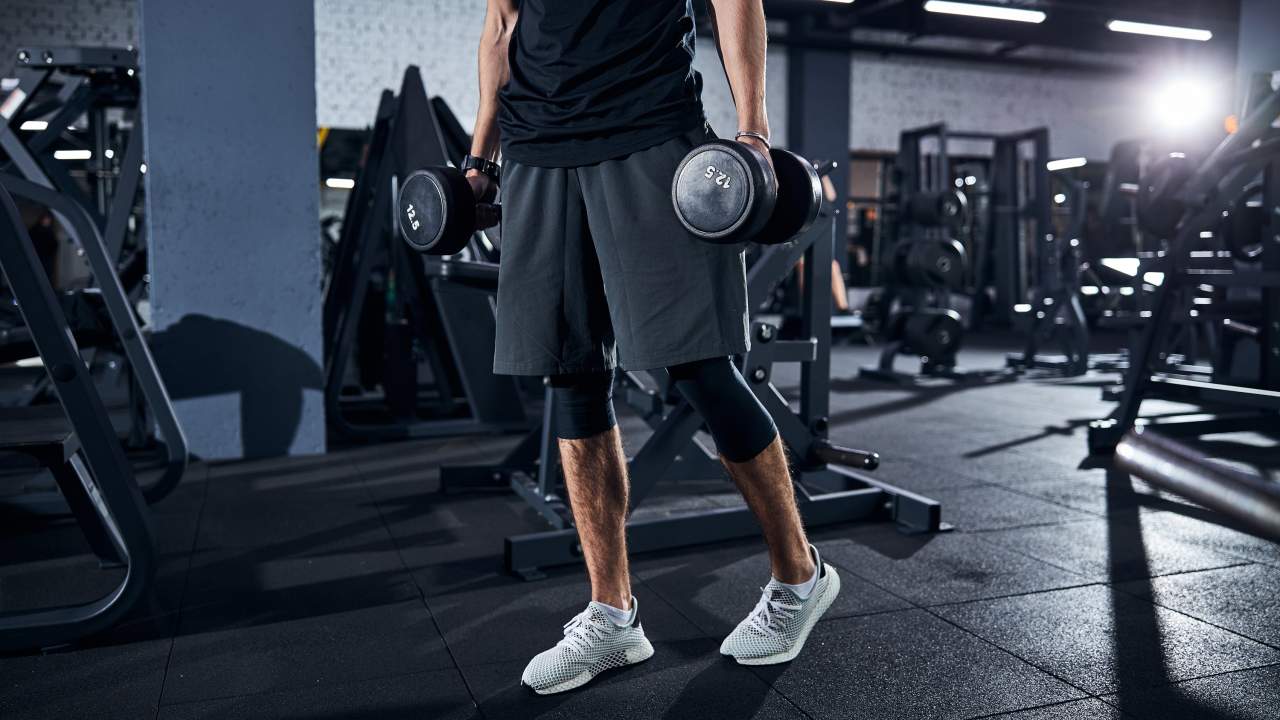 Carrying a pair of heavy dumbbells (or purpose-built farmer’s handles) across the gym is a fine way to work on your grip. But I’m sick of it being suggested as the only way you can work on your grip (outside of doing all your deadlifts without straps, which is also overrated in my opinion.)

What to do instead: Other grip exercises! There are so many! Finger curls and wrist curls with a barbell will do wonders for your grip. Deadlift holds and pullup bar hangs are an easy way to practice support grip without getting out any extra equipment. Heavy kettlebell swings are superstars here too. And don’t forget about all the benefits of pinch grip and thick bar work. 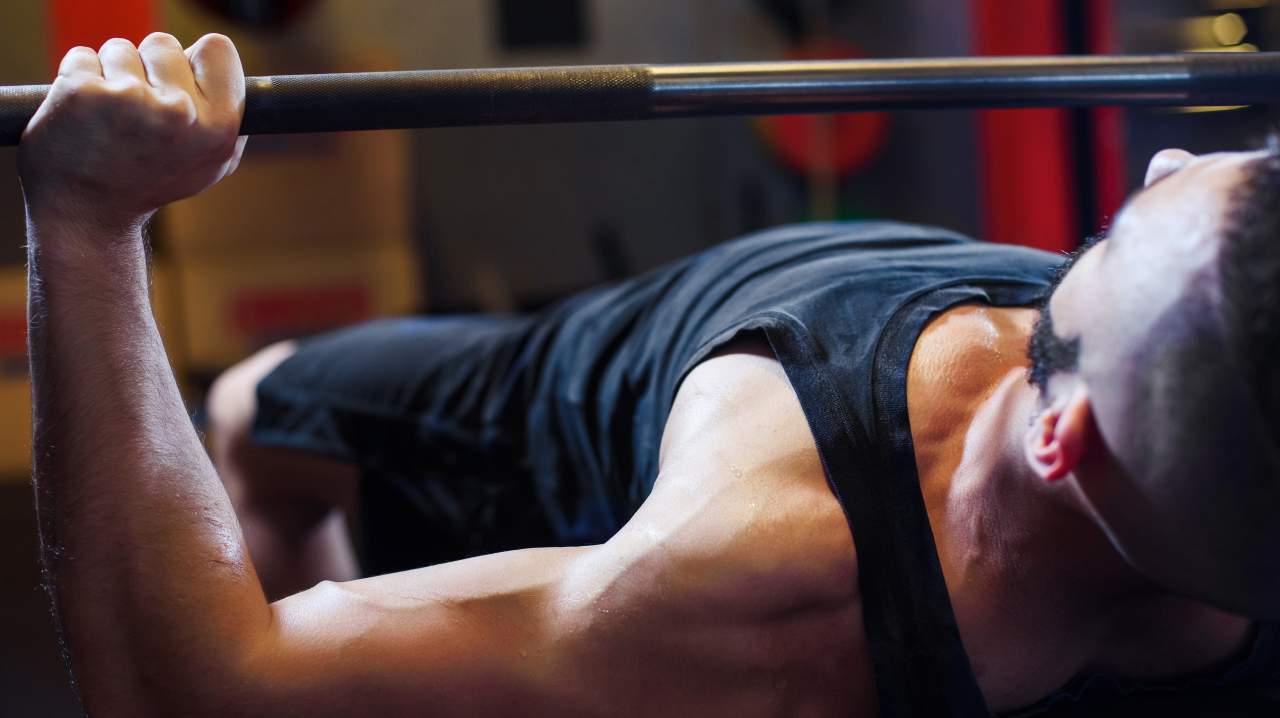 Yeah, we’re going there. If you’re not a powerlifter, do you really need to bench press? Technically, no. I personally love bench press, but I also haven’t done any in forever. The sports I’ve competed in over the past few years all use overhead lifts: strongman, weightlifting, and kettlebell sports just don’t require you to lie down to lift things. And historically, bench is a recent invention;until racks and benches became common, bench press just wasn’t really a thing.

What to do instead: I mean, you don’t have to stop benching. But maybe explore the world of overhead press? Barbell strict press and push press are great options, and a one-handed kettlebell press is another great way to work on pressing strength. And if I may endorse a truly underrated exercise: make some time for weighted dips.

Anything you hate, honestly 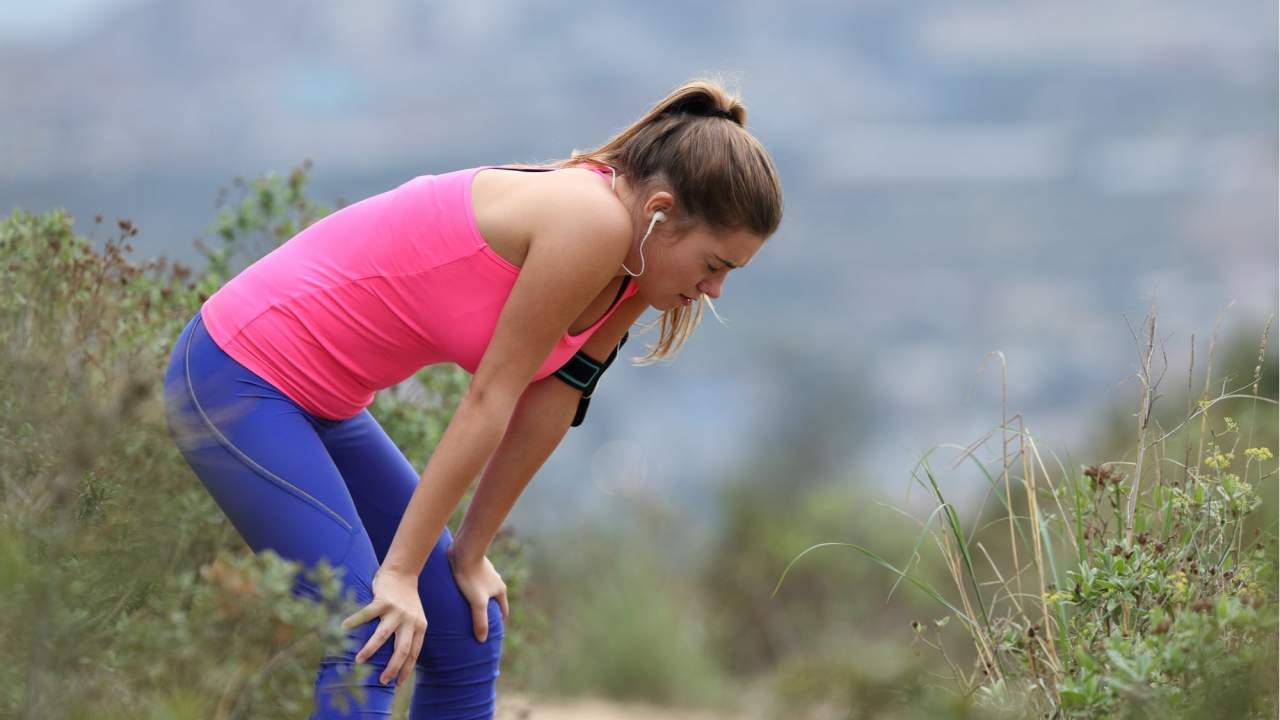 If you’re doing workouts written by someone else (and you should), eventually you will come across exercises you truly dislike.

When this happens, ask yourself why you hate it. Sometimes, the move addresses a weakness that you really need to work on; in those cases, you should find a way to get through it so you can reap the benefits.

But sometimes a move is just in there as filler, like burpees. Or it’s a half-assed alternative to the thing you really should be doing, like banded squats instead of weighted squats. There are so many different ways to get fit and strong, it’s never going to come down to this move or nothing.

What to do instead: Find out why the move is in your workout, and look for an alternative that accomplishes the same goal without the suffering. If mountain climbers make your shoulders ache, maybe jumping jacks will do. Try different options and see if you find something you actually like.