There’s nothing wrong with food that is fried or that is dripping with cheese, but there’s no reason a Super Bowl party has to have just that. What if there could be a few extra vegetables beside those sad little celery sticks? What if you could expand your dip horizons beyond queso and guacamole? What if you modified your chilli ever-so-slightly or stuffed a pepper full of goodness so you could say that at least everyone ate a pepper?

Join me as we expand our repertoire of game day party snacks. 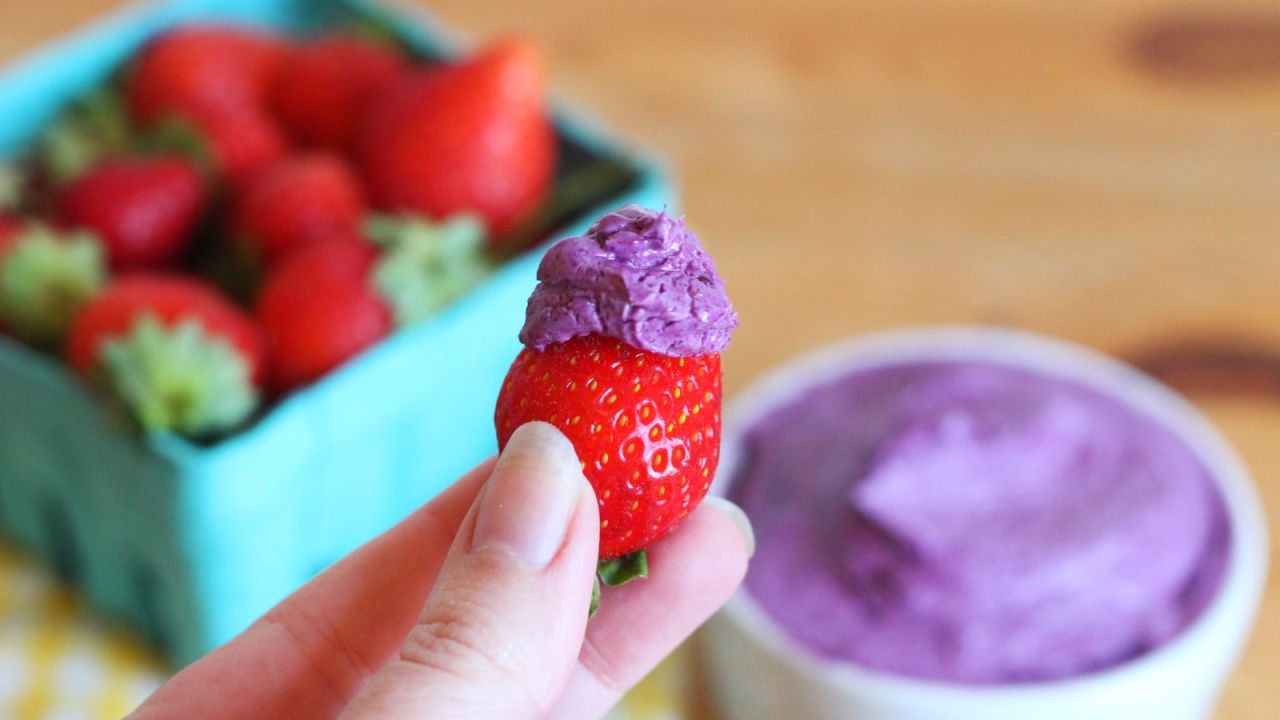 Is fruit dip healthy? That’s up for debate, I guess. (It’s full-fat cream cheese with a little sugar, usually.) But putting it on the table allows you to pile a plate high with a variety of fresh fruits, and that is definitely something missing from a typical party spread. Try this this fruit dip flavored and coloured with freeze-dried fruit. 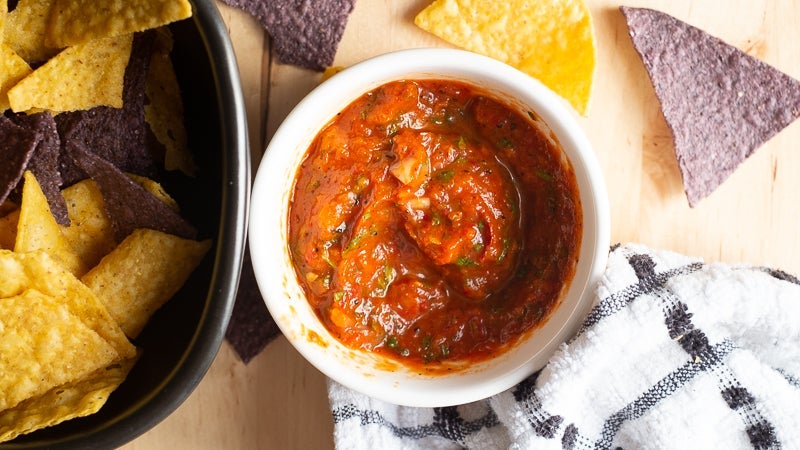 Don’t overlook the classic salsa-and-chips appetizer. A good salsa is packed with flavour and vegetables, and provides a nice balance to the guac and queso that will inevitably show up. Try this roasted salsa that works even with sad winter tomatoes. 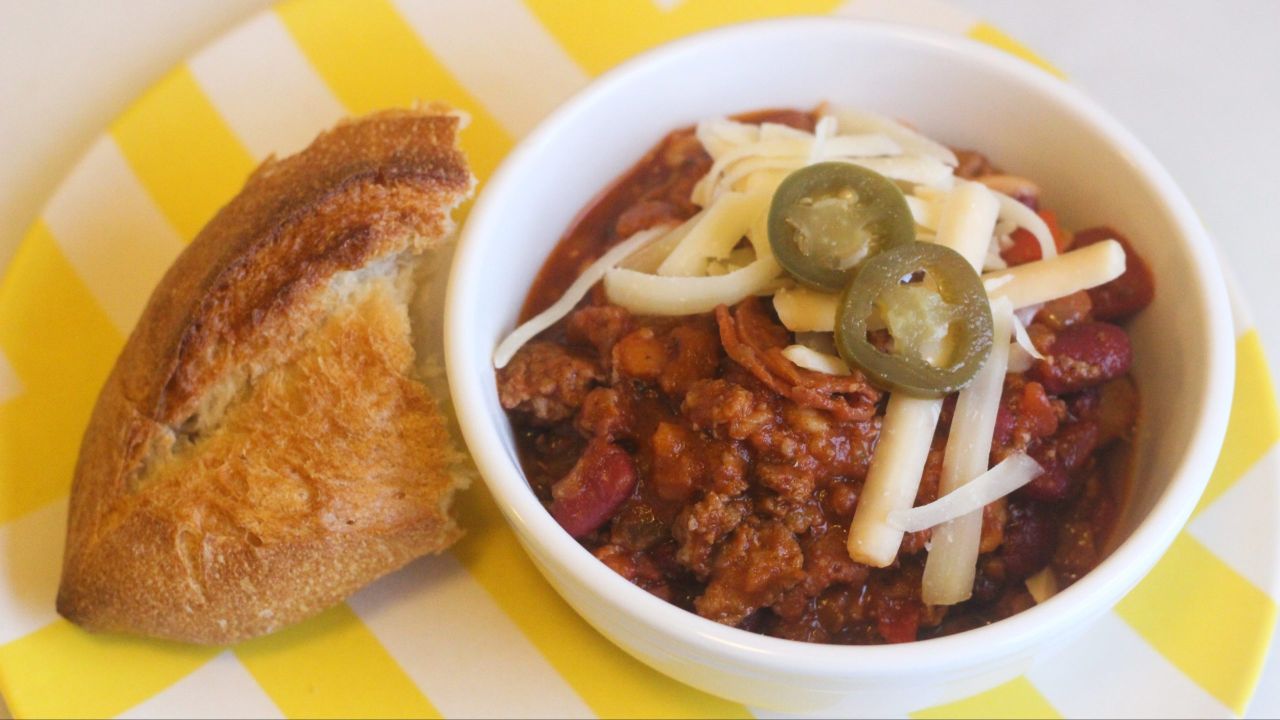 Beef chilli is great, but let’s give the turkey version some love, as well. Turkey is high in protein, like beef, but lower in fat. (Chicken chilli verde would be another great option.) If you want to swap turkey into an existing chilli recipe, might I recommend this chaotic pizza chilli? Lifehacker Senior Food Editor Claire Lower says “it’s a fun chilli, a party chilli, a chilli made for game days,” so I don’t see why not. Mixing turkey and pepperoni — or going all-in with turkey and turkey pepperoni — can only add to the chaos. 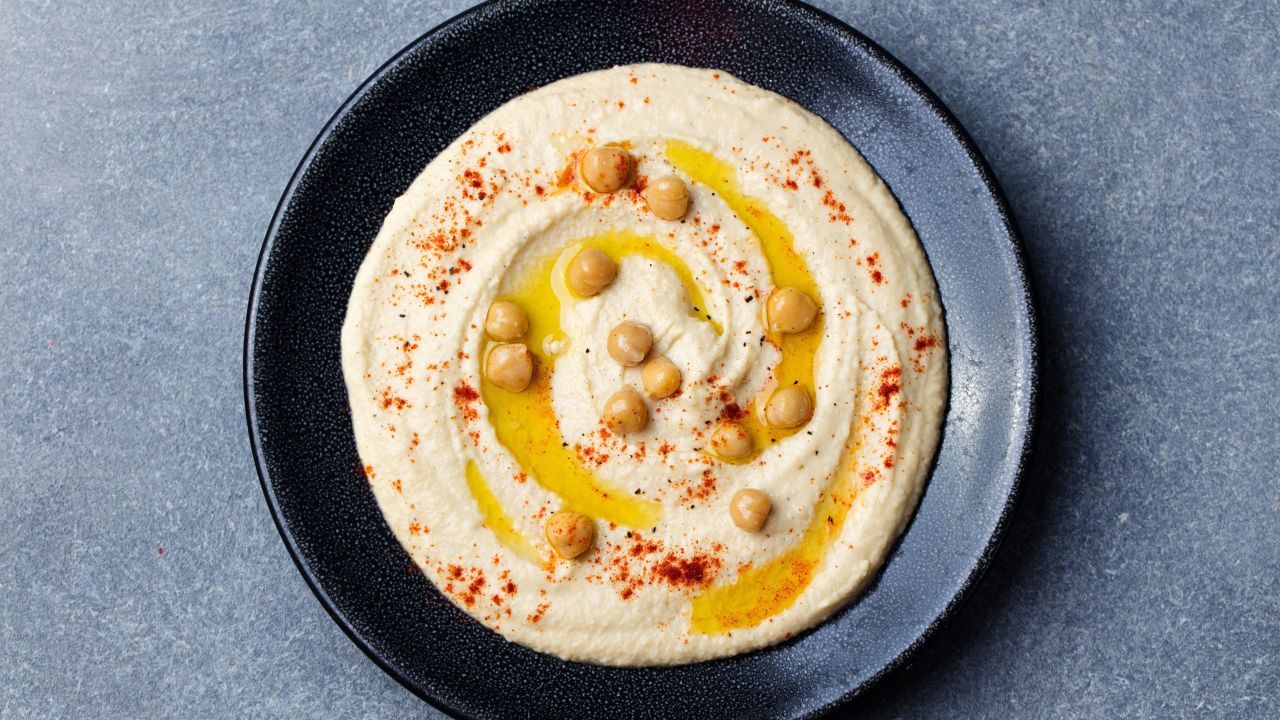 Let’s revisit those sad carrot and celery sticks that seem to spontaneously generate in the presence of Buffalo wings. A little cup of ranch or bleu cheese dressing isn’t your only option for dipping them; that ranch is just going to end on somebody’s pizza, anyway. Instead, prepare a glorious bowl of homemade hummus, or dress up the store-bought kind by serving it in a large dish and sprinkling extra seasonings or vegetables (like chopped roasted red peppers) on top. 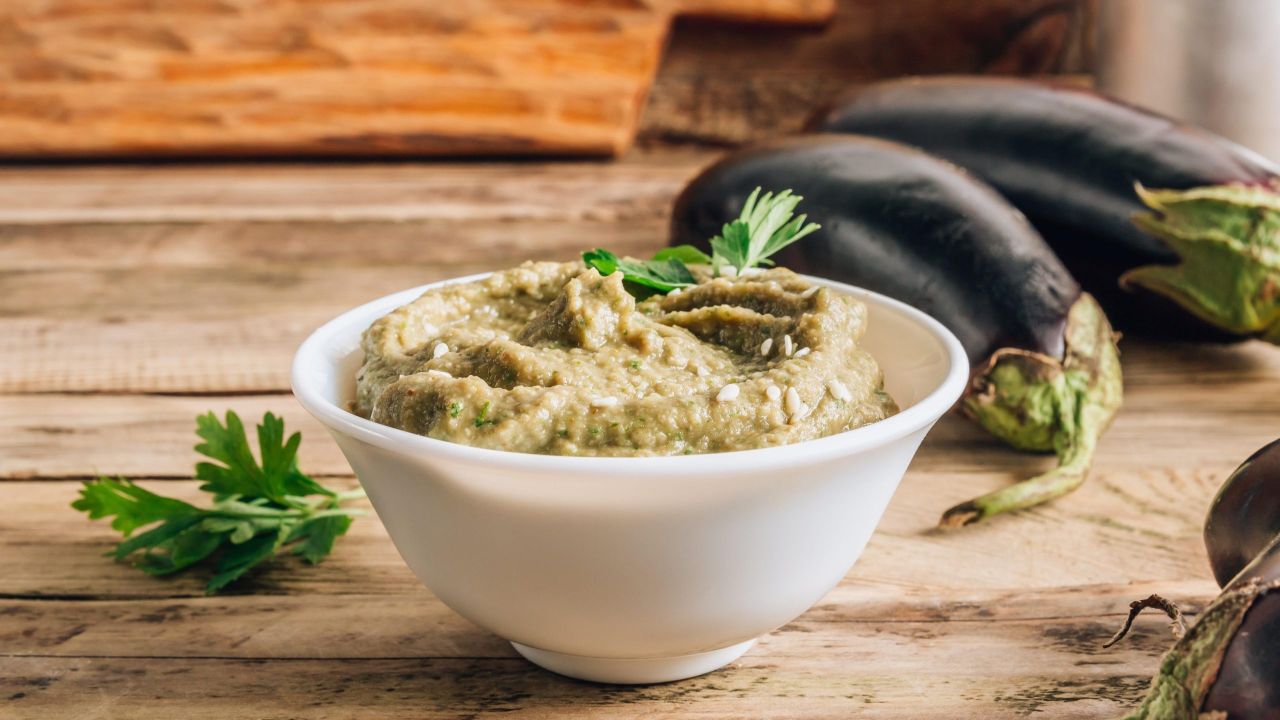 While we’re on the topic of vegetable-based dips, how about baba ganoush? It’s like hummus in many respects (contains tahini and usually garlic and olive oil; goes well with pitas) but is eggplant-based instead of chickpea-based. Put it on the table next to the hummus, veggies, and pita chips. 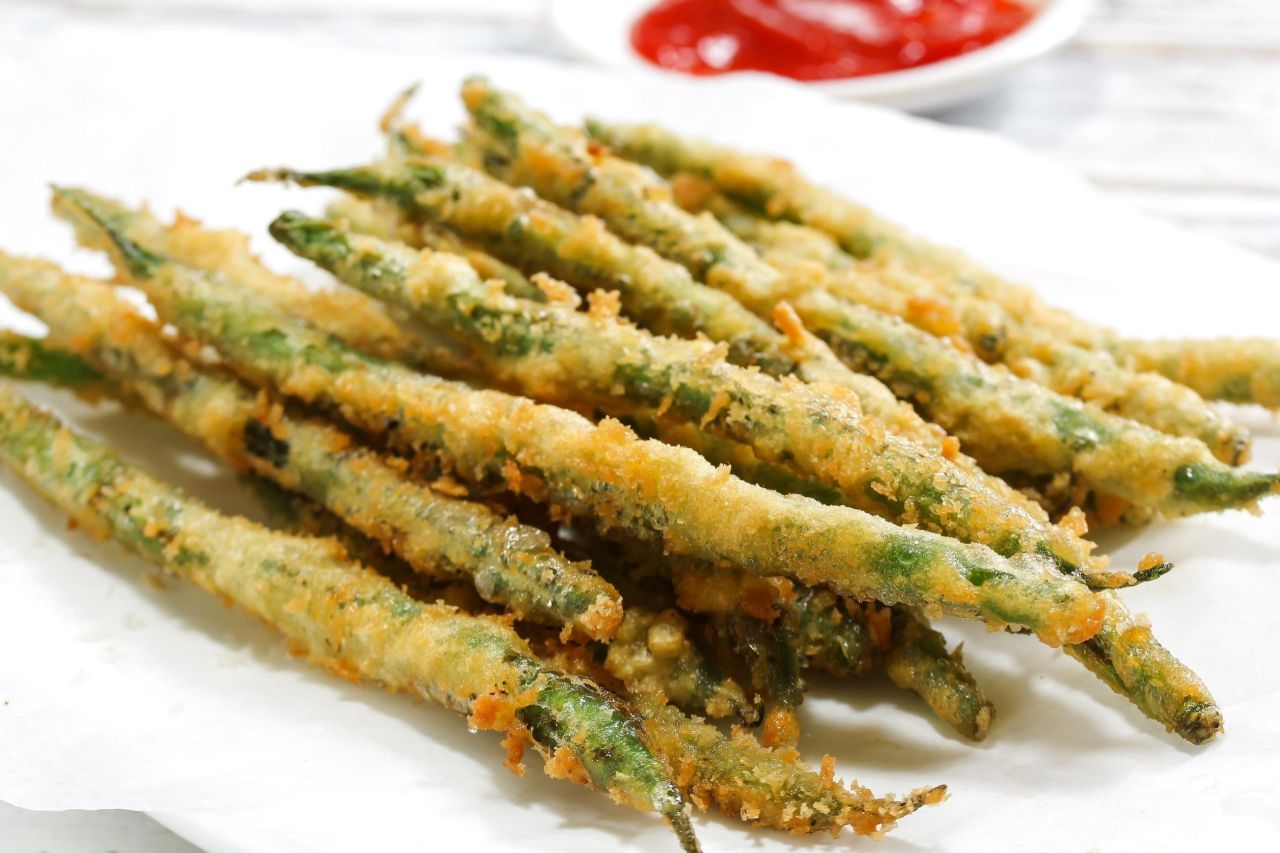 OK, I may have implied that we were leaving fried foods off this list, but we need to make an exception for the green bean. If you’re going to get out the deep fryer for anything else, make some fried green beans while you’re at it. There are recipes out there for every variation on this dish (oven-baked, air fried, battered, breadcrumbed) or you can try making this Sichuan dry-fried variety.

Boneless wings aren’t wings, but they are made of chicken and covered in wing sauce. They count as delicious in my book, anyway. Sauce-coated chunks of chicken breast, fried or not, are a great addition to the game day snack table, and they go great in wraps or salads if you want something that feels more like a meal than a snack. 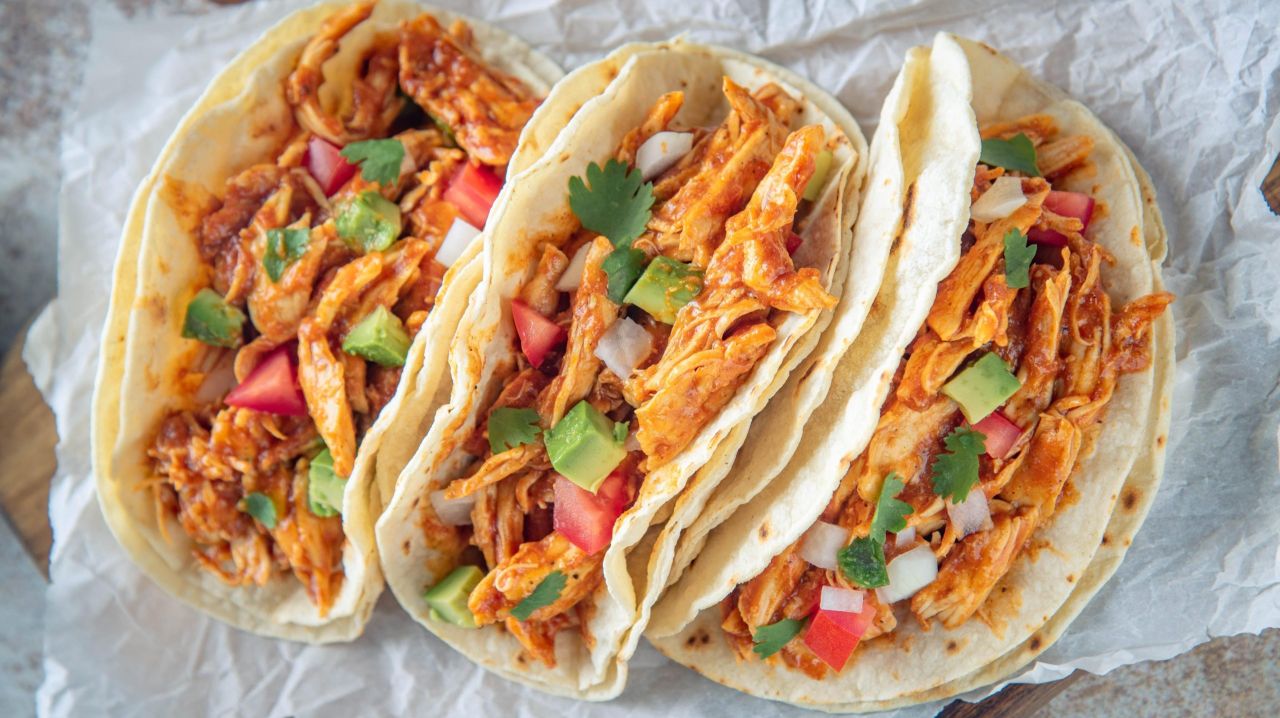 Tacos. That’s it, that’s the snack. These can be as light and veggie-filled or as gooey and cheese-infused as you like, and there’s no reason not to mix the two approaches, or allow guests to choose their own adventure. Set up a buffet of chicken, veggies, beans, and taco shells, with whatever salsas, sauces, and toppings you like. Pro tip: if you go with the hard shells, use cheese in the bottom to keep them from splitting apart. 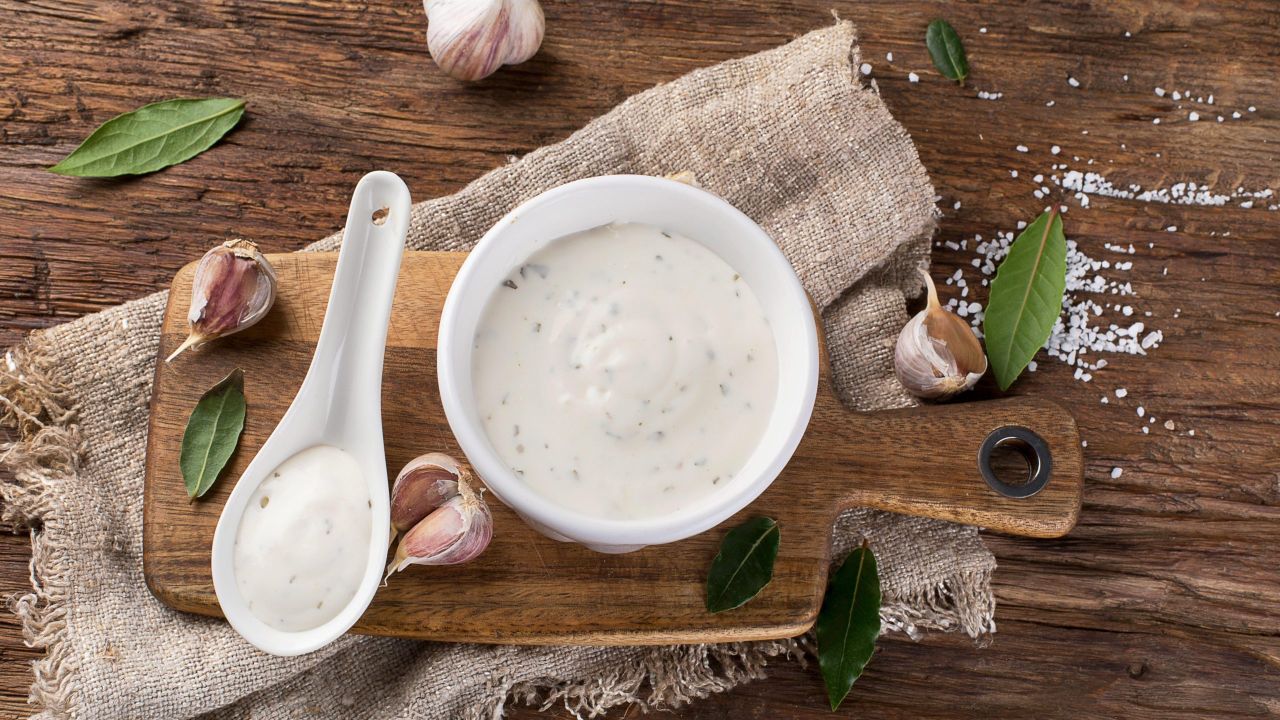 For another dipping option for veggies, chips, or other dippables, try a yogurt-based dip like this horseradish dip, which comes together quickly and is made with horseradish and garlic. Yogurt-based dips tend to have better macros than traditional varieties, but they’re also just delicious. 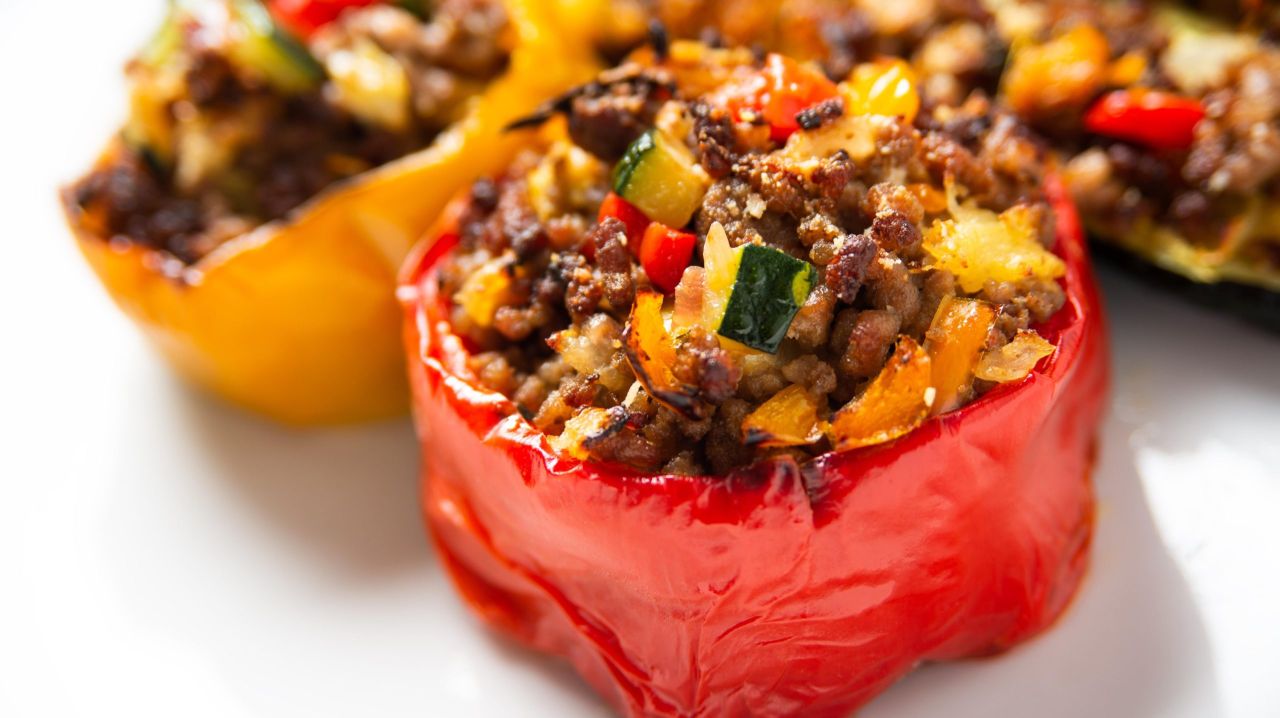 No matter what you put in a stuffed pepper, there’s no escaping the fact that you have just served each guest an entire bell pepper. (One pepper counts as 1/3 of the vegetables we should eat in a day, which almost none of us actually get.) The typical stuffings are rice, meat, cheese, and usually some form of tomato for moisture and extra flavour. They’re also customisable: Leave out the rice, swap in your favourite meat or meat substitute, or add extra veggies if you like.