This past weekend, my favourite local ice cream shop was promoting its annual batch of giant, homemade apple dumplings with ice cream, as well as extra large Belgian waffle ice cream sandwiches. I have a sweet tooth but a smaller-than-average appetite, which means I usually have to skip something so dense and rich in favour of a small cup of ice cream. Unless, of course, I plan for it. By deciding to make a meal out of it.

I come from a family that tends to graze and snack all day, rather than opt for three solid meals, so Ice Cream for Dinner is a thing I learned to participate in early on in life. Once in a while, on a hot summer day, my mum would say, “Ice cream for dinner?” and we’d pile into the car, because who were we to argue with such genius? 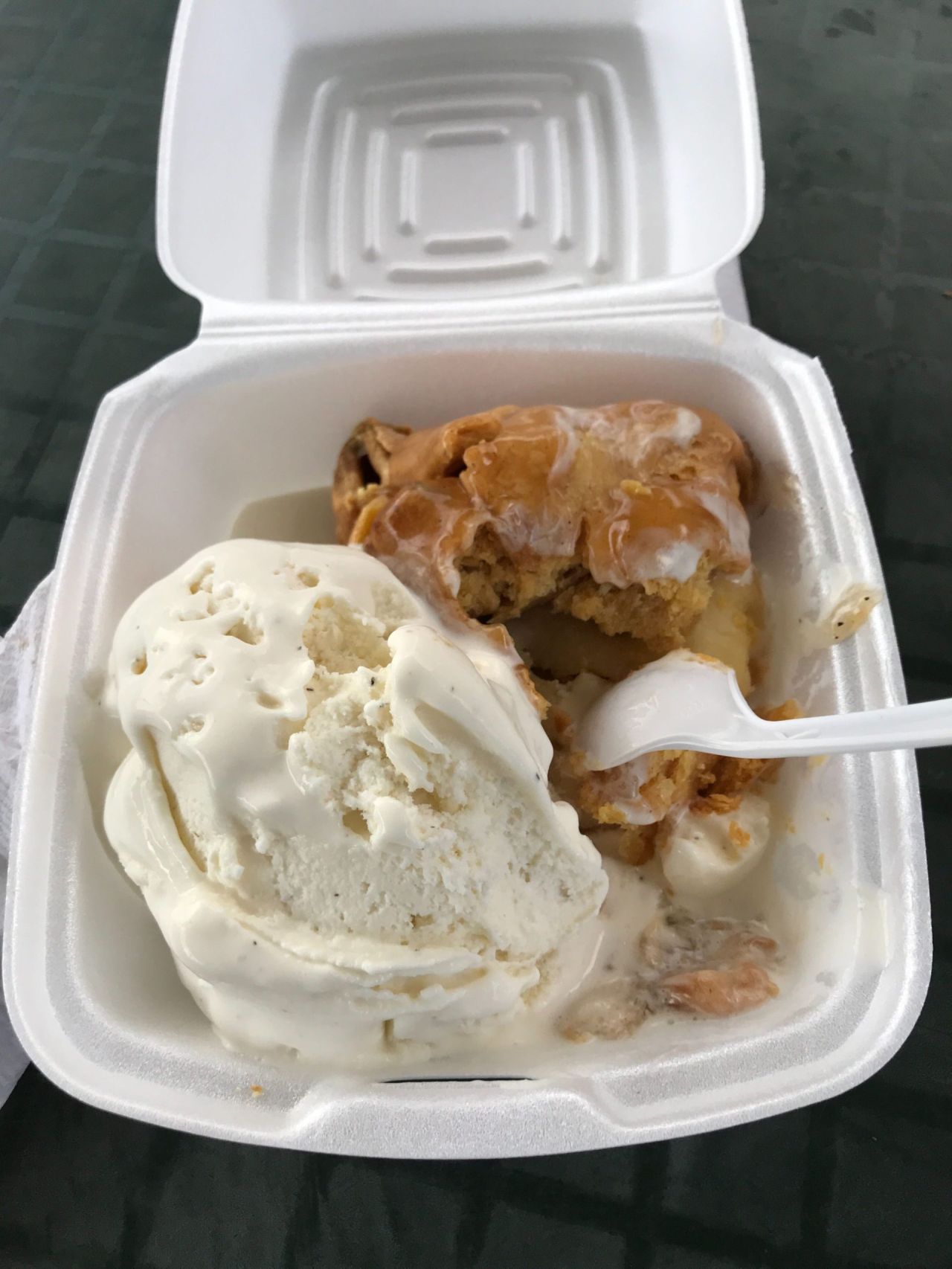 If you have not yet attempted to make a meal out of a frozen treat — or introduced your children to such a concept — perhaps you are worried about starting an unhealthy precedent. I am not here to suggest you ditch those fruits, veggies and whole grains for a meal plan that regularly results in your children bouncing off the walls at bedtime. I am suggesting that you carefully and strategically delight the absolute hell out of your kids (once in a while!) — while still ensuring they’re getting all those nutrients and whatnot the rest of the time.

Also, you can trick them into thinking they’re getting ice cream for dinner. Take this example, from a mum who recently called in to the One Bad Mother podcast to relay her “genius moment” of declaring the family would have ice cream for dinner to make it through the end of a trying road trip:

We were driving home from a road trip and had grumpy kids in the car at about 4:30, almost getting close to dinnertime. So we stopped when we were almost home and told our three-and-a-half-year-old that we were having ice cream for dinner. It made his whole day. He was so excited about it, he ate his entire ice cream cone and was covered from head to toe in chocolate ice cream but he was very happy. And then, we came home, we took a bath, and we had a bedtime snack like we always have. We had cheese and spinach quesadillas and peaches and he ate that happily as a bedtime snack rather than as a dinner because he thinks he got ice cream for dinner.

My son is blessed with my sweet tooth plus the appetite of a growing boy, so he still eats a smallish dinner on Ice Cream for Dinner nights. (Last night, he had half a bagel with peanut butter, grapes and a few pretzels before digging into a large serving of Cookie Monster ice cream.) Or maybe ice cream for lunch makes more sense in your household — there are no strict rules here!

The point is less about how you specifically work out the logistics and more about the fact that announcing, “It’s Ice Cream for Dinner night!” is a fun thing that can help ease the crankiest of pandemic moods.