How To Read A COVID-19 Graph

When you see a flat line on a graph, it’s tempting to think, “Oh hey, at least the situation isn’t getting any worse!” But one of the common types of charts we see for COVID-19 is of new cases per day. In that case, a flat line means that things are, in fact, still getting worse.

Here, for example, is the Financial Times’ graph of new cases of COVID-19, highlighting the United States.

I want to be clear: this is not a bad or misleading chart. It says what it says. But we come to these charts with some assumptions, and we often don’t read the title and axes very carefully. So let’s examine what we’re actually looking at here.

So it looks like our curve has been flattening, even declining slowly, from day 35 onward. But since this is a chart of new cases per day, our epidemic is actually still getting worse. It says we’ve been adding more than 20,000 cases per day for the last month.

Let’s try this instead. The Texas Medical Centre has a nice graph that shows both new cases per day, and cumulative total cases, in the greater Houston area: 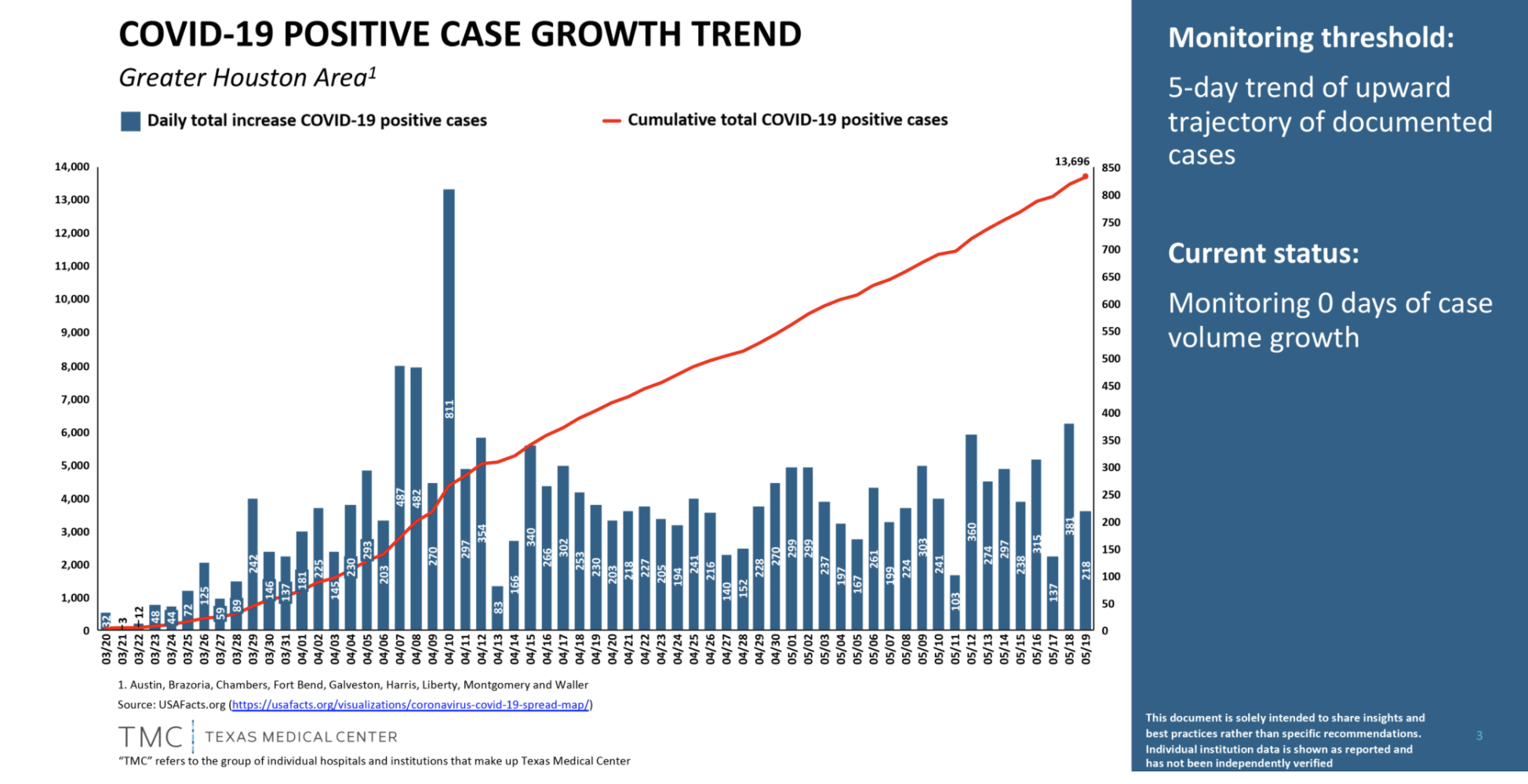 This isn’t quite the same thing as “how many people have COVID right now,” because after a few weeks, people either recover or die. (There is, as far as I know, no easy way to get accurate data on how many people are currently sick.)

So what are we looking for on a graph like this? Whenever the pandemic ends, we will expect to see the following:

By contrast, when things are getting worse, we expect to see:

There are other factors that matter in these charts, including whether the vertical axis it’s a linear or logarithmic scale, whether numbers are given per-population or in total. You can also ask where the data is coming from, and be aware that there is a lag (often a few weeks) between a person getting sick and their data showing up on the chart. The lag for deaths is even greater than the lag for cases.

So there’s a lot to think about, but for now, it’s good to be aware of at least this one thing: for things to get better, we need to see new cases dropping closer and closer to zero, not just flatlining.