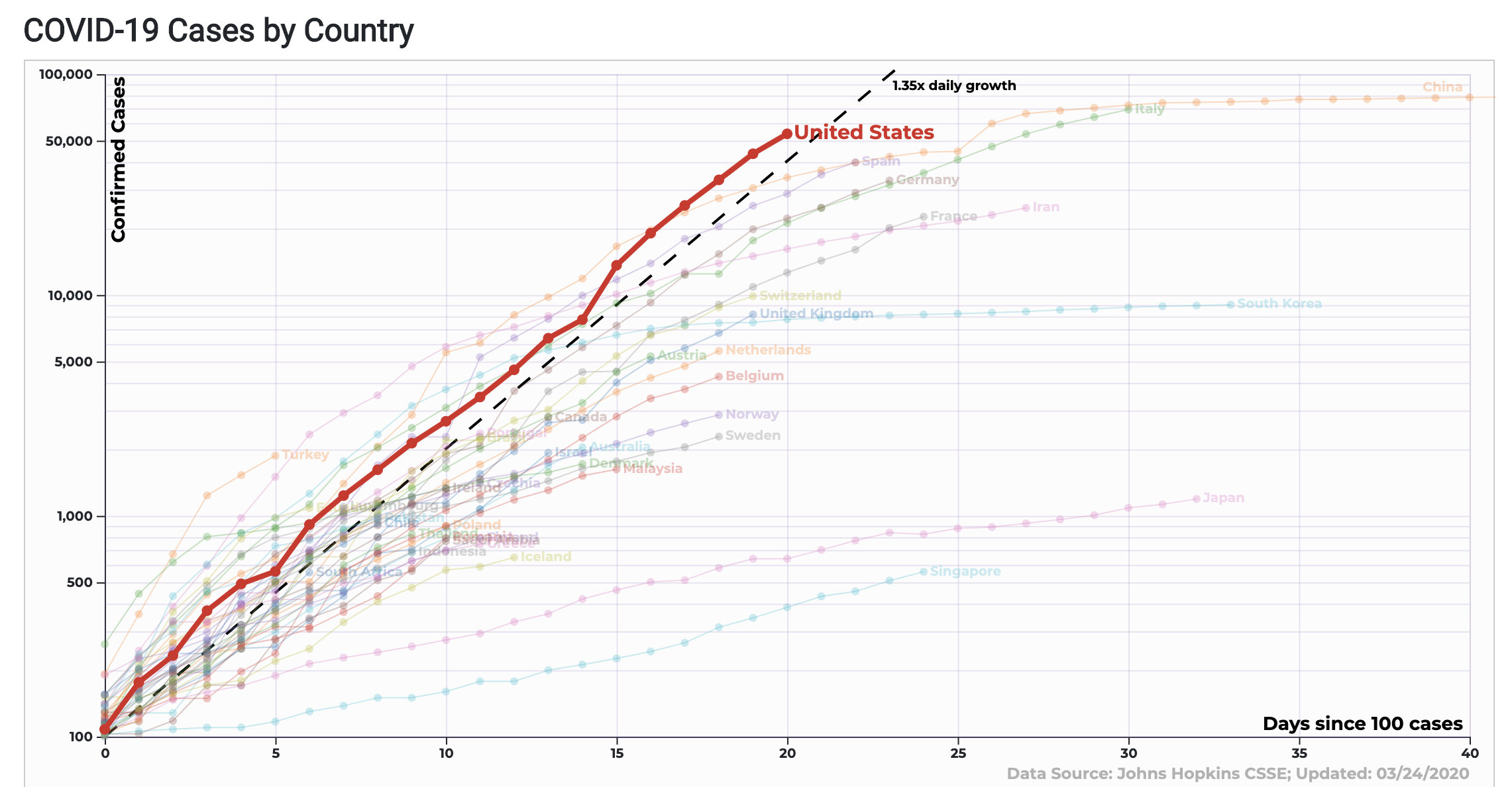 If you can’t look away from the climbing case counts, look here. A visualisation site called 91-DIVOC provides graphs of the epidemic curve, comparing countries, and allowing you to see them on either a linear or logarithmic scale.

When cases grow exponentially, as you’d expect in a pandemic, the big numbers get real big real fast. Switching the graph to a logarithmic scale makes the lines on the graph a little easier to comprehend mathematically. Switching them back to the linear (normal) scale gives a better sense of the immense number of people who are affected.

The pandemic hit different countries at different times, so an interesting feature here is that you can see countries’ cases aligned by the day they recognised 100 cases.

What these graphs don’t show is the reasons for the different curves. South Korea has done extensive testing, so they quickly found a lot of cases, but the testing also allowed them to contain the outbreak. In the US, many people who are sick still cannot get tested, so our real-life numbers are likely to be much higher than the confirmed cases shown on the chart. Japan’s cases are low and its curve less shallow, but the reasons for that are still being debated. Maybe they’re doing a better job of physical distancing; maybe a lack of testing is obscuring the real numbers.

Another important caveat is that case numbers today tell us how well we were doing at containment weeks ago. There’s a lag between our actions and new infections, and between infections and confirmed test results. Remember that if you’re looking at the time scale.

#Epi tidbit: Social Distancing may take 1-2x the incubation periods BEFORE having an effect on the #COVID19 epidemic curve. We may not see large changes until April. Fluctuation in epidemic curve before April is likely due to other reasons (like testing) #SciComm

So if you find some peace with information, this is another website to refresh. But if you’re already feeling anxious about the state of the world, this may not be the best way to spend your time. Try making some taco salt instead.