What Is The Average Australian Weekly Wage? [Updated]

The Australian Bureau of Statistics (ABS) has released its average weekly earnings report for the second half of 2019. If you’d like your salary to match the average, here’s how much you should be earning.

The ABS average weekly earnings report estimates the average value of wages and salaries paid to employees by an employer over a specified period, and takes into consideration both hourly rates of pay and the amount of hours worked.

By taking the average weekly earnings and multiplying them by 52, it’s possible to work out the average annual wage in Australia.

The ABS report also separated the numbers by gender. It found that the average full-time weekly earnings for males was $1750.80, while their female counterparts made $1508.30; a pay gap of $242.50. That gap expanded by a dollar on the previous report – so the gap actually became a little larger. 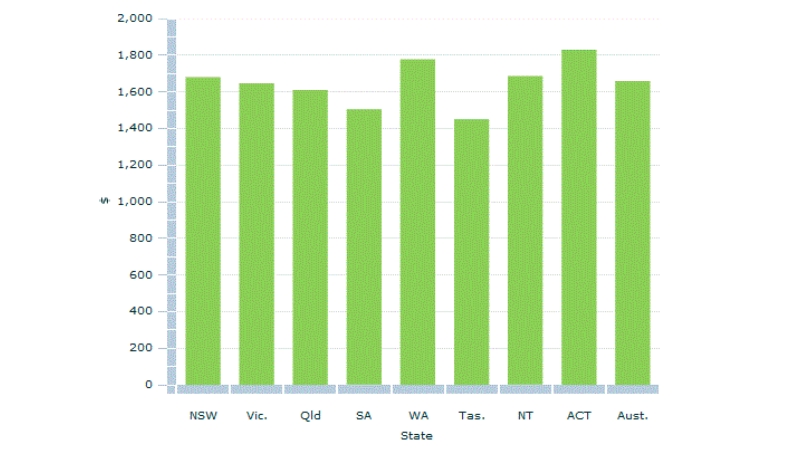 And here’s how much an average Aussie earns by industry (open in a new tab to enlarge): 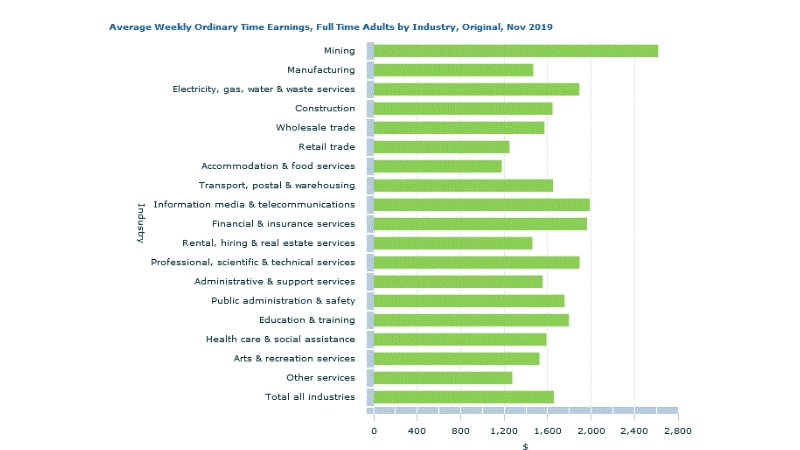 If you’re feeling bummed out by these figures it’s worth noting that average wages are not the same as median wages – the people at the top can skew the overall results. If you’re making under $1634 a week, this doesn’t necessarily mean that you’re in the “bottom half” of the population.

How does your weekly wage stack up to the national average? Feel free to vent (or gloat) in the comments.

15 Signs You're Underpaid At Work

Feeling like you might be underpaid can be one of the most disheartening aspects of work. According to a recent survey from Glassdoor, a whopping 39 per cent of employees believe they are not receiving fair pay in their current job. But it’s hard for them to be sure. Here are 15 signs you’re paid less than you should be.