Have you ever wondered how Australia’s annual public holiday quota compares to the rest of the world? It may surprise you to learn that Aussie workers are near the bottom of the pile, with everyone from New Zealand to the Netherlands receiving more national days off work. This infographic breaks down the worldwide rankings.

Last year, Australia’s accidental Prime Minister Scott Morrison suggested the possibility of a new national holiday specifically to honour indigenous Australians. He confirmed that this would not replace Australia Day, which means Aussie workers could potentially receive an extra day off work per year.

Doubtlessly most of the country’s employers would be staunchly against another national holiday, arguing it would put needless strain on the economy. In reality, if a new Australian holiday were to be established by law, it would put us on equal footing with most other nations.

It’s worth noting that nations with higher average incomes tend to receive fewer public holidays. As CupoNation notes, the ten countries with the highest net salary in the world have only eight public holidays on average. However, there are several incredibly wealthy countries on the list that still manage to trump Australia.

It could be worse, we suppose. Employers in the United States are not required to provide any vacation time and there are zero paid public holidays. Here’s the complete list: 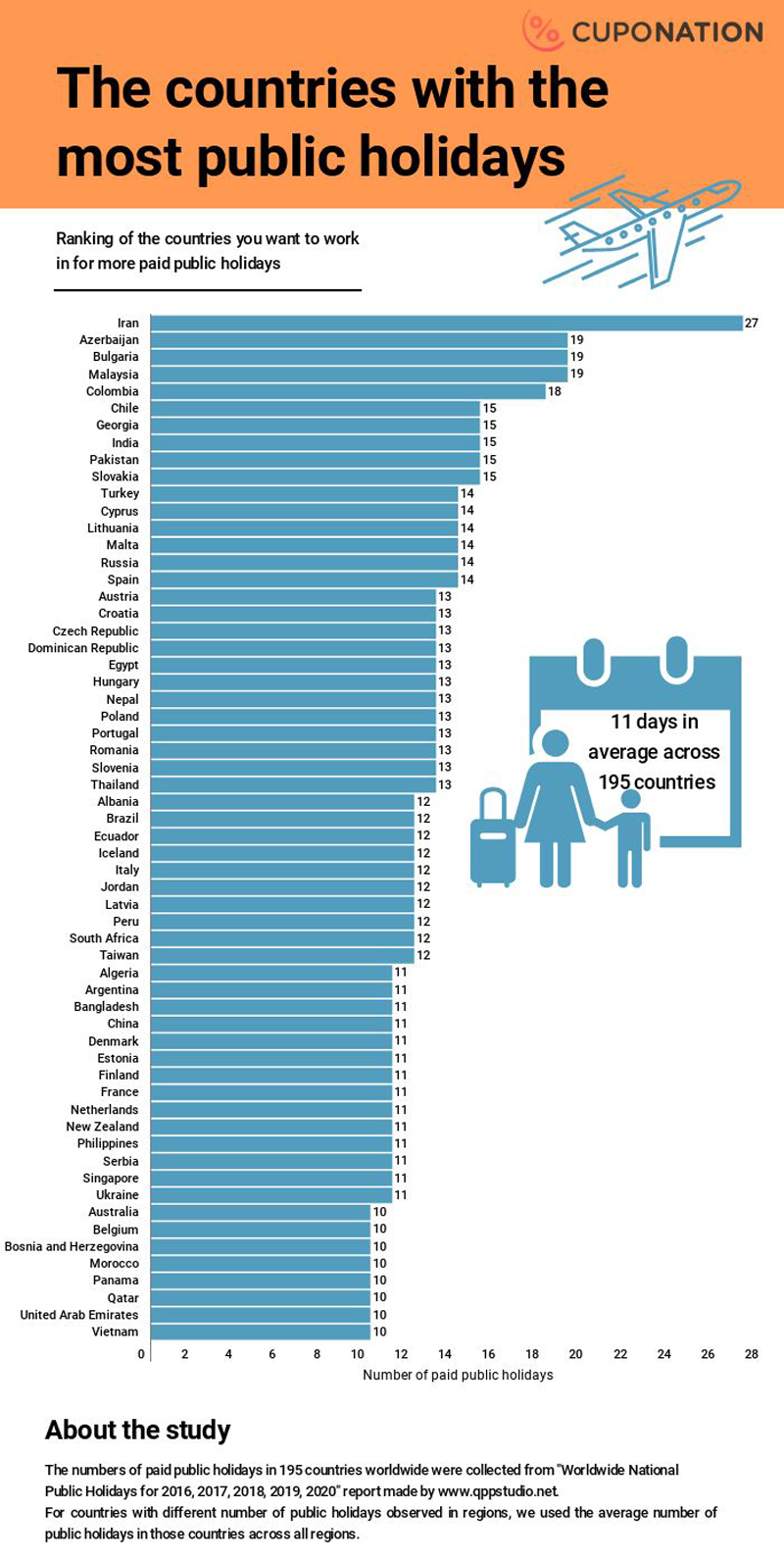 What Is The Average Australian Weekly Wage?