Should You Buy Apple’s IPhone 11 Pro Or Samsung’s Galaxy Note 10?

If you, like me, are on the Apple bandwagon, it’s time to start thinking about the next phone you’re going to buy now that Apple has debuted the iPhone 11 and iPhone 11 Pro. But there are plenty of other great phones that don’t start with an “i,” too.

The iPhone 11, iPhone 11 Pro and iPhone 11 Pro Max are now available for pre-order in Australia. If you're keen to buy one on a plan, there are a lot of options to choose from. Here are all the options from Vodafone, Optus and Telstra!

If you’re looking to spend big on your next device, I expect a decision you might find yourself contemplating is which of the biggest, most feature-packed high-end phones in the conversation you should go with: the iPhone 11 Pro or Samsung’s Galaxy Note 10 (or their larger “Max” and “Plus” versions). So, let’s see how they stack up. 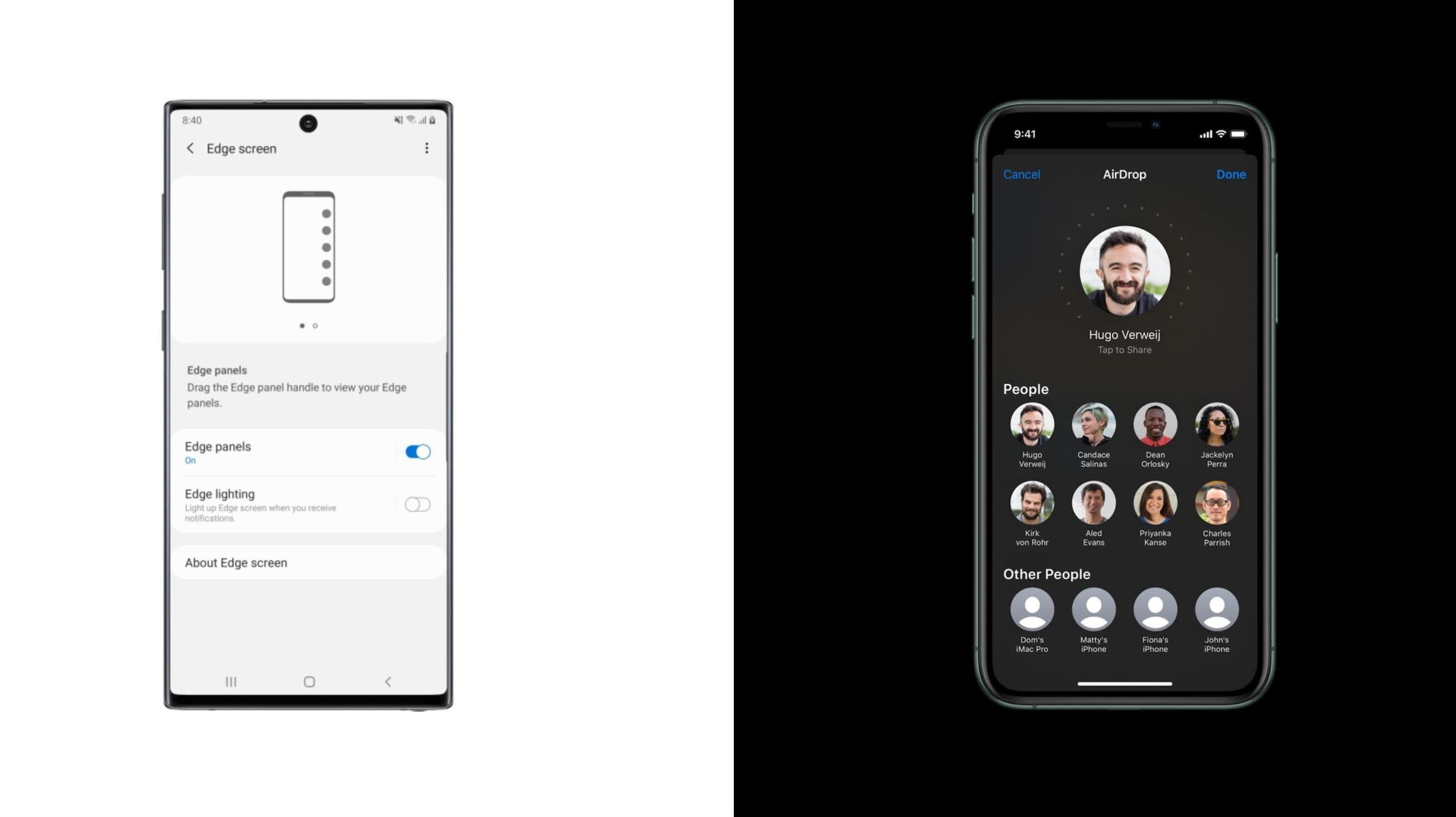 Everyone likes to talk about cameras right now, but you look at your phone’s display nearly every moment you spend with it. So, this goes to the top of the list, but with these two phones, there’s one question I can’t answer for you: Does bigger mean better?

The Galaxy Note 10 has the larger screen — 6.3″ to the iPhone 11 Pro’s 5.8″. That’s a sizable difference. If you can tolerate (or even enjoy) the smaller screen size, the iPhone 11 Pro seems poised to deliver a richer picture. Its “Super Retina” XDR OLED display outputs at 2,436-by-1,125 pixels, and it supports High-Dynamic Range (HDR).

The Note 10 has a “Full HD+” AMOLED display, which shows 2,200-by-1,080 pixels, and it also supports HDR. To put it another way: The iPhone 11 Pro packs more pixels into a smaller space, which makes for a crisper image. And though both offer HDR, the iPhone 11 Pro’s pixel density and contrast will lead to better-looking videos and games.

Of course, the Galaxy Note 10’s screen works with a stylus, too; more on that in a bit.

OK, we’ve put it off long enough. I know this is what everyone wants to talk about, so let’s dive right in.

The iPhone 11 Pro’s signature piece of hardware is, arguably, its camera. Well, its cameras, plural. It has three 12MP cameras on the back, each with a different lens—wide, ultrawide, and telephoto—and it’s incredibly easy to switch between the three. You also get a fancy “night mode” for shooting at low-light in evenings and dark rooms, as well as an upcoming software feature coming called “deep fusion” that takes photos using all three cameras and synthesizes them to make the most detailed image possible. When shooting video, you can record in 4K at 60 frames-per-second.

You may be surprised to find that the Samsung Galaxy Note 10 has very similar features. It also has three cameras in back: A 12MP wide lens, a 16MP ultrawide lens, and a 12MP telephoto lens. The multi-camera setup also offers a range of view modes, including a low-light “night mode,” and you can shoot 4K HDR10-quality video.

The Galaxy Note 10 has technology to give your photography skills a bit of a boost, including a “scene optimizer” and “flaw detector”—not as crazy as Apple’s “deep fusion” mode, but something. The front camera is a 10MP “selfie” camera, but offers a “night mode” like the phone’s rear cameras.

Both phones have some fun camera-centric features. Like the iPhone X, the iPhone 11 Pro can use the front camera to make Memoji and Animoji, which map your facial movements onto a digital avatar for funny little messages. The Galaxy Note 10 has a number of Augmented Reality (AR) features, including an AR measuring tool and the ability to draw AR doodles directly onto video. 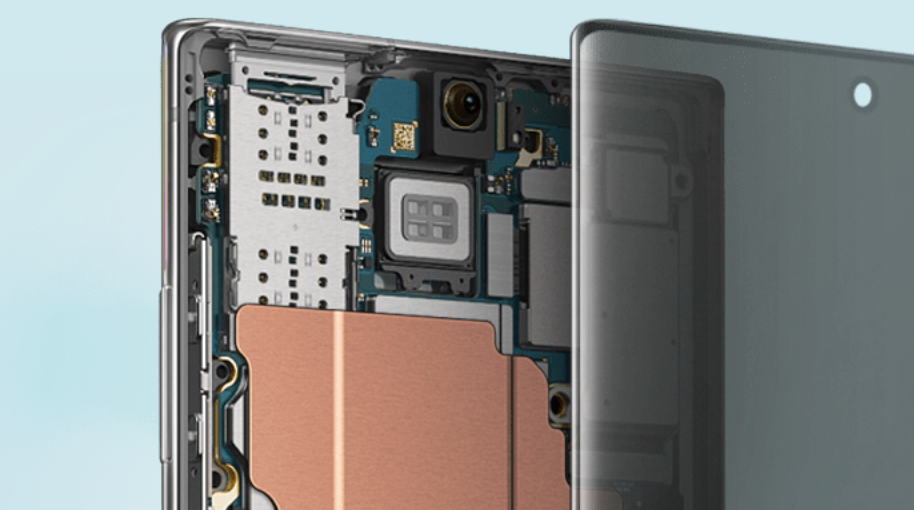 Admittedly, the iPhone 11 Pro hasn’t launched yet, so an apples-to-apples comparison between the two devices will be tough, but here’s what we know so far about each phone’s performance.

The iPhone 11 Pro uses Apple’s new A13 Bionic chip, which Apple claims will boost the iPhone‘s processing power by 20 per cent over last year’s phones (and minimise power use, leading to better battery life). The Note 10 uses an SM8150 chip and has 8GB of RAM, which features a Qualcomm Snapdragon 855 CPU.

Everything we’ve read about the Snapdragon 855 indicates that it’s slower than Apple’s older A12 Bionic chip—very close, but slightly slower—so the A13 Bionic, naturally, is a bit speedier (around 20 per cent or so, if you believe Apple’s figures).

But let’s be real. Most people will be fine with whatever’s in their devices for everyday use. If you’re a big gamer, you might notice a performance difference between the two phones, but only if you’re really taxing your device to the limits. (Your poor battery.)

For example, the Galaxy Note 10 has a 3500 mAh battery, which is smaller than the Note 9’s battery, but Samsung claims that this battery can last a full day of regular use. Apple says the iPhone 11 Pro will last “four hours longer than the iPhone XS,” which had a 2,659 mAh battery, and has released a slew of statistics to illustrate how long the phone should last while performing various tasks.

While it’s hard to glean exactly how that will translate into how long these phones can go before needing a charge, from context you can get a sense of what these shifts mean. The Galaxy Note 9 had a 4,000 mAh battery and, according to Android Central, was able to last “22-24 hours” on an average day. Over at Tom’s Guide, the site pulled almost 11 and a half hours of uptime on its battery testing for the Galaxy Note 9, and only 9 hours and 10 minutes for the Galaxy Note 10.

According to that same Tom’s Guide battery test, the iPhone XS lasts approximately 9 hours and 40 minutes. Call us crazy, but we suspect the iPhone 11 Pro will take the win for battery life—at least compared to the Galaxy Note 10. The Galaxy Note 10 Plus, on the other hand, packs in a 4,300 mAh battery, and is probably a much stronger rival. 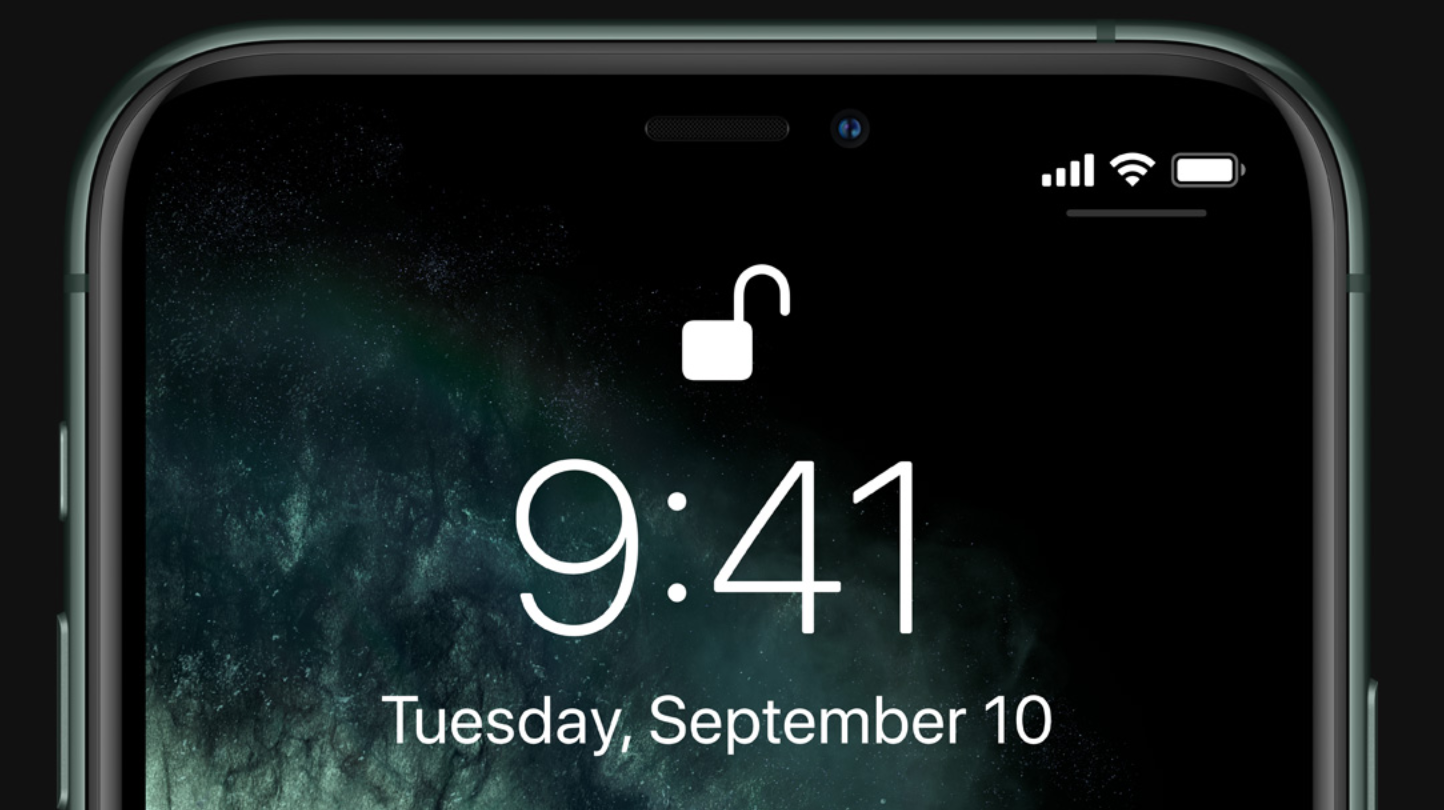 In terms of maintaining your privacy, the distinctions between these phones largely rehashes the iPhone vs Android debate on privacy. For the most part, Apple tends to keep your data safer from other companies and Apple’s App Store has far fewer bad actors looking to install malware.

That said, the Note 10 does bring one extra piece of hardware security to the table. Both phones have a facial recognition-based lock, but the Note 10 also has an in-screen fingerprint scanner. As I understand it, Samsung’s “Face Unlock” isn’t quite as secure as Apple’s Face ID, so the fingerprint might be the way to go, even if it is slower.

What about the stylus? 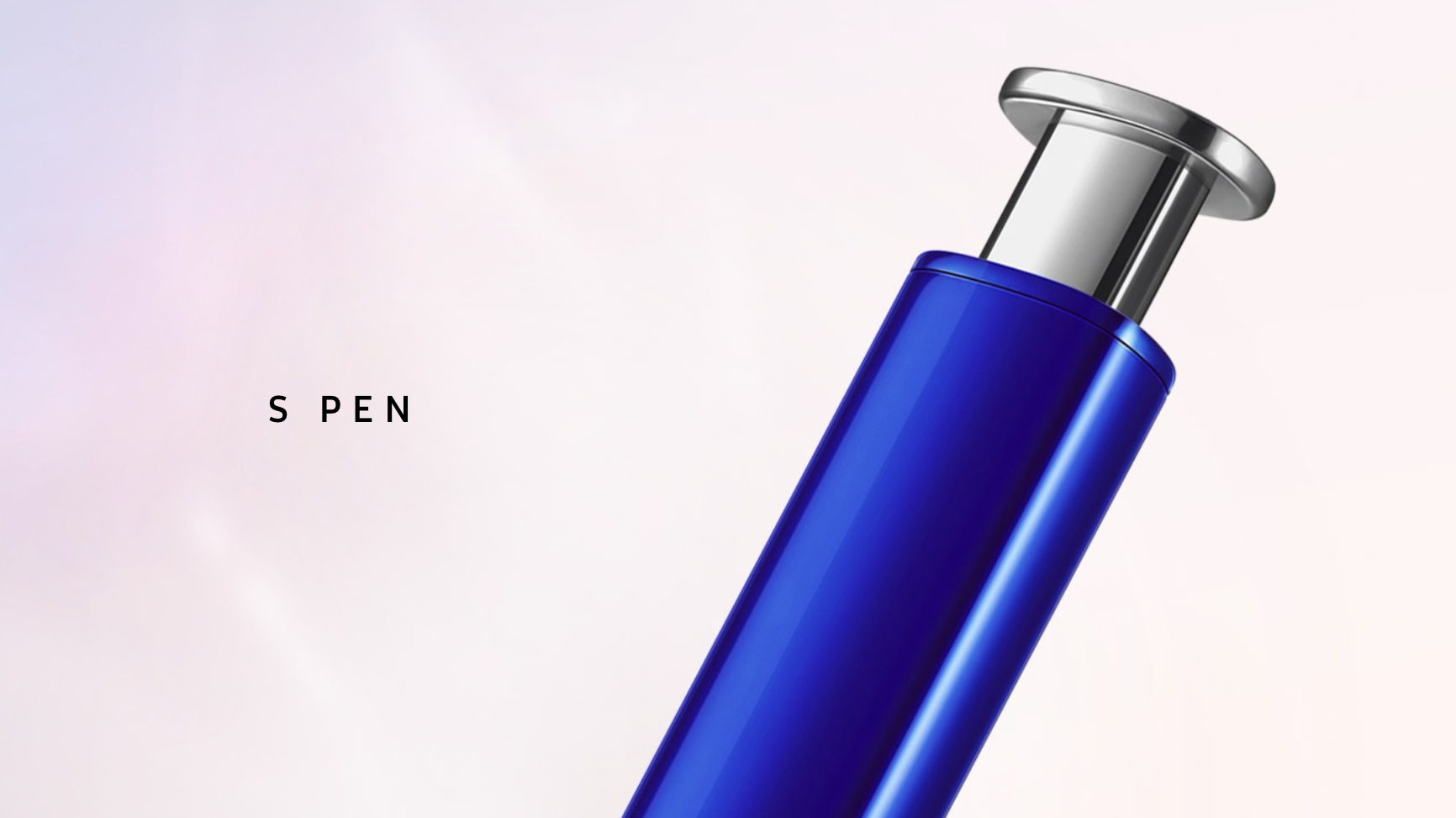 The Galaxy Note’s signature feature has always been its smart stylus, which Samsung calls the S Pen. The S Pen allows you to draw and take notes freehand, which is nice, but technically Apple users can do this as with a cheap capacitive stylus. The S Pen sets itself apart with gesture controls, which allow you to change drawing settings or other controls using movements along the pen, as well as motion gestures like twirling the pen in your hand.

It’s a very neat set of features, though I find it hard to give the Note too much credit for the S Pen simply because I don’t see people using it for everyday phone stuff. If you disagree, either because you already use a stylus on another phone or because you aspire to, then this is a huge edge.

Apple recently announced that it will give away a free year of its upcoming TV service, Apple TV+, when you buy a new iPhone (or other device) through the Apple Store.

Samsung had a pre-order offer that netted you a free pair of AKG Wireless Headphones valued at $499 but that deal has now ended. If you own a previous Samsung phone that’s in good nick you may be eligible for a discount of up to $200 via trade-in. Click here to see what you’re existing model is worth.

Like past iPhones, the 11 Pro comes in three different models with increasing amounts of storage. The $1749 model comes with 64GB storage. The 256GB model, which matches the storage in the Note 10, costs $1999. (To complete the set, the high-end model has 512GB hard drive and costs $2349.)

The iPhone offers some extra incentives in terms of payment plans, especially if you plan to keep buying iPhones every year, but in a one-to-one comparison, the Note 10 is definitely easier on your wallet for what you’re getting.

So what’ll it be?

Listen. I’m not going to tell you which phone to buy. There are a lot of factors at play that I can’t predict for you. Plus there’s that whole “ecosystem” lock-in thing — I have no idea how much of a hassle it’s going to be for you to switch from one OS to another.

That said, I think if nothing else this illuminates just how comparable these phones are on paper. If you’ve been walking around thinking, “Oh I have to have the iPhone. The iPhone’s the best.” It may be time to reassess that thinking.