Which iPhone Should You Buy Now? 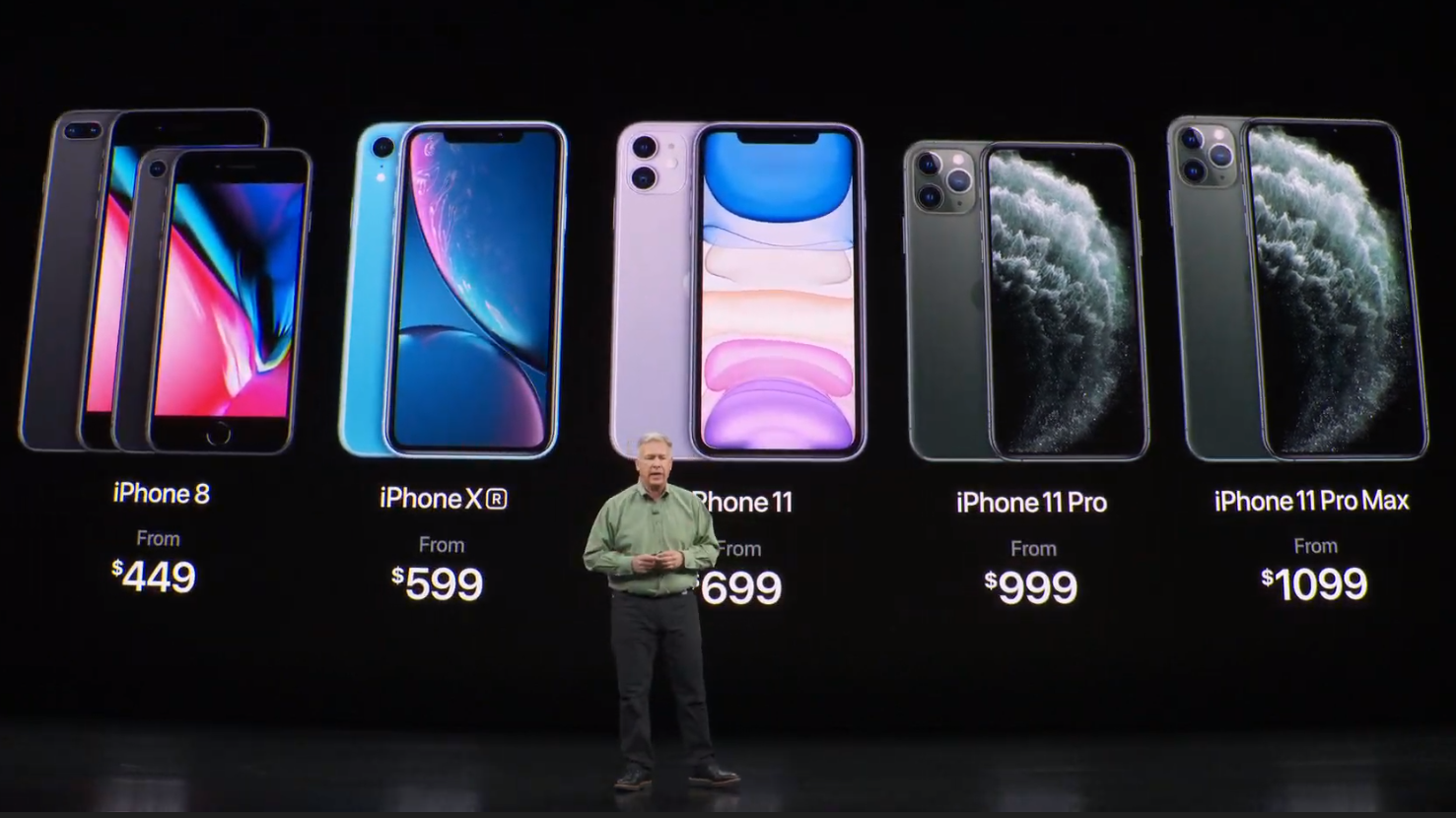 Apple announced the iPhone 11 and iPhone 11 Pro yesterday. You have until this Friday, September 13, to decide if you want to pre-order either iPhone for September 20 delivery (or close to it). But you don’t have to buy a new iPhone either; a slightly older model might make a lot more sense.

Before we get to our recommendations, let’s take a quick look at what Apple currently offers via its official online store, arranged in order from least to most expensive:

Obviously, the iPhone you plan to purchase has a lot to do with what you’re upgrading from more than anything else — your disposition, too. If you always need the latest and greatest Apple gear, or you care about photography more than anything else, then the answer is a no-brainer: You’re going to want the iPhone 11 Pro no matter how much of a small loan you’ll have to take out to get it.

I’d say the iPhone 11 is the sweet spot right now, but that’s only if you’re the kind of person who likes to have a new device to play with every two years or so. For everyone else, the iPhone XR is the way to go.

Let’s talk about that device first. The iPhone XR is a solid phone with an alluring, $1,049 starting price. It has the same size screen and resolution as the iPhone 11 (6.1-inches, 1,792-by-828 pixels). The battery is good enough (one fewer hour than the iPhone 11, claims Apple, even though the iPhone XR gives you a solid 15 hours of internet use according to Apple’s stats), and its A12 Bionic chip is plenty speedy.

Apple hasn’t teased actual performance stats, but that A13 Bionic bar isn’t flying that far past the A12 Bionic on its crude performance chart from yesterday’s keynote, and the A12 Bionic is still (allegedly) faster than its peers, so…

You get a better camera setup in the iPhone 11 — an extra 12MP ultrawide on the rear and a better 12MP camera on the front compared to the iPhone XR’s single front-facing 7MP camera — and I’m sure that a detailed analysis of the cameras’ performance will show that they take more accurate shots than the iPhone XR’s cameras.

But just because the iPhone 11’s setup is better doesn’t mean that the iPhone XR’s cameras are bad. You won’t get fancy 4K videos when shooting selfies, sure, but it’s unclear what other iPhone 11 features are hardware-exclusive versus those you might receive once iOS 13 ships (for example, portrait mode for pets, high-key mono portraits, and automatic night mode).

If you’re a casual photographer who occasionally dabbles in shooting pictures at night, and fires up a portrait mode filter or two from time to time, software enhancements to Apple’s camera setup might not be that big of a deal.

What makes this a tricky comparison, though, is the phones’ price difference. The iPhone 11 is a mere $150 more than the iPhone XR. That’s not the worst gap, especially when you consider that it buys you at least one extra year of interest from Apple for features and updates, as well as a higher resale value should you decide to get rid of it later and buy something else.

And, of course, you get all the features we previously mentioned — including a slightly more future-proofed processor and more/better cameras, even if you don’t use them much.

Admittedly, it’s not an apples-to-apples comparison, since Apple straight-up discontinued the iPhone X when launching the iPhone XS and XR. Still, I’d generally stick with a more recent phone if you think you’re going to want to sell it in the next year or two and get something better—so, the iPhone 11 is your deal.

Otherwise, if you’re buying an iPhone you’re planning to use for as long as possible, the iPhone XR is a solid, cheaper alternative.

As for the iPhone 8 or iPhone 8 Plus, I don’t think they’re worth it. If you’re coming from a pretty old device — like an iPhone 5S — there’s no sense picking Apple’s bottom-tier device (of those its selling) when you can spend a little more and future-proof yourself for a lot longer.

Of course, if you long for a tiny iPhone, the little 4.7-inch iPhone 8 is your best bet. The iPhone 8 Plus is really the device to compare against the iPhone XR, and it’s almost no question that the latter is worth the upgrade.

You get a smaller phone with a larger display size and better resolution, Face ID, about 1.5 hours extra battery life (says Apple), and plenty of fun colours to pick from. You lose a second camera, but it’s only the telephoto lens — you’ll survive. You gain portrait mode for selfies with the iPhone XR, a feature I suspect you’ll use a bit more, as well as the ever-fun Animoji and Memoji.

Where does this leave us?