Why Does My Laptop Take 30 Minutes To Start Up?

One of the more annoying situations you can encounter is a desktop or laptop that takes forever to load. It gets there eventually, but one of the surest signs that something has gone wrong is when your system takes a lot longer to boot into Windows or macOS than ever before — especially if you’re waiting minutes, not seconds, to start using your PC.

My first thought is that there’s some kind of application on your system that’s either hanging or eating up an absurd amount of resources. And you should be able to check this pretty easily — just look through Task Manager to see what’s using your CPU so much, which you’ll be able to find by sorting according to the column. 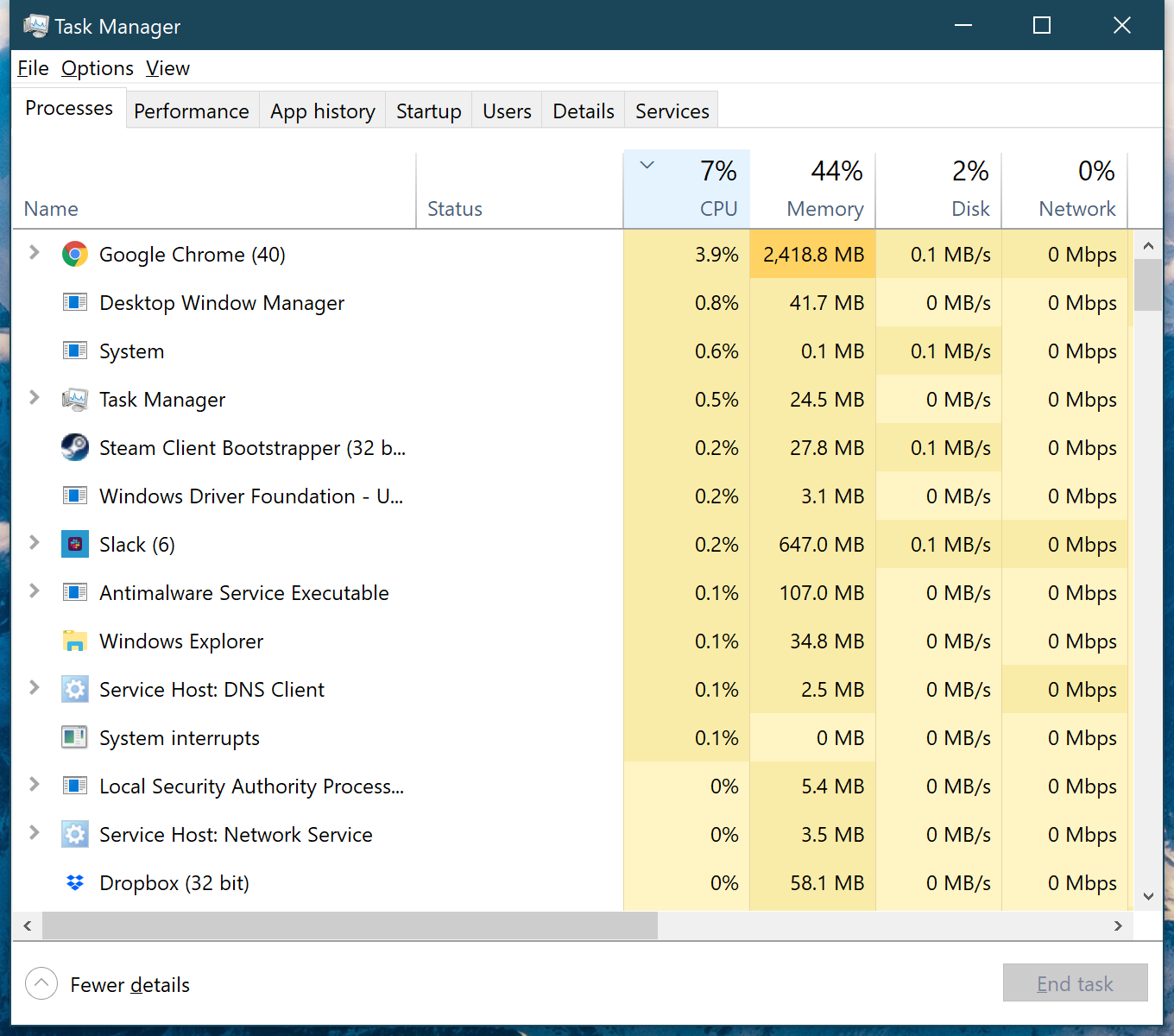 If you don’t recognise what’s using your CPU, just right-click on the application and select “search online” to do just that. Once you’ve identified the culprit, you’ll have a better idea of what to do about the program. It might be as simple as uninstalling/reinstalling it to fix whatever the issue is, depending on the app.

(Since I can’t see your Task Manager, I can’t be more specific about what to do, especially if the bothersome app is something you probably don’t want to get rid of — Google Chrome, for example, if that’s your browser of choice.)

That all said, it’s strange that whatever is affecting your computer eats up 30 minutes of time (or so) after you boot it. My initial thought is that maybe there’s some kind of scanning or backup app running crazy, but I can’t say I’ve ever noticed Windows Defender or Backblaze going haywire on my own system, to name two examples.

Consider running a full malware scan just in case. While I doubt you’re infected, it never hurts to be sure. Grab the free version of Malwarebytes and give your system a full “Threat Scan”. With luck, you won’t find anything—though that won’t exactly help us get to the bottom of why your system is slow. 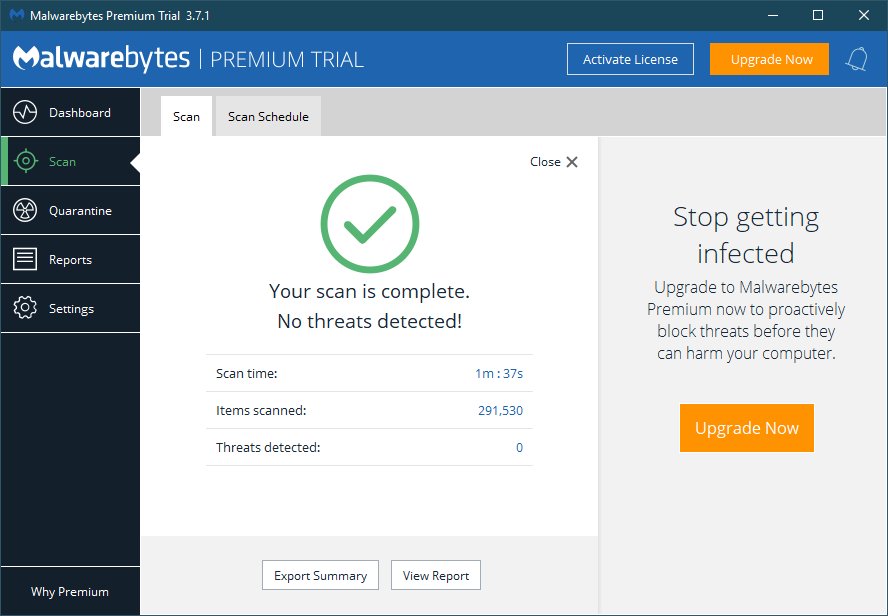 You should also check all the programs that load when Windows boots and cut that list down to the essentials. You can do this via the Task Manager’s Startup tab: Click it, sort by “Status” (which should be “Enabled” for everything, if you’ve never done this), and start looking through which programs launch when your computer boots. You probably won’t know most of these, but you can always right-click to “Search online,” similar to what you did before.

My recommendation is to disable anything that’s a “helper” application, or something that sits in the background to load another application slightly faster. For example, you probably don’t need the iTunes helper utility to load when your system starts, nor an Adobe helper. If you don’t use OneDrive, you can ditch that as well (though you’re probably off unchecking the “Start OneDrive automatically when Windows starts” option in its settings. 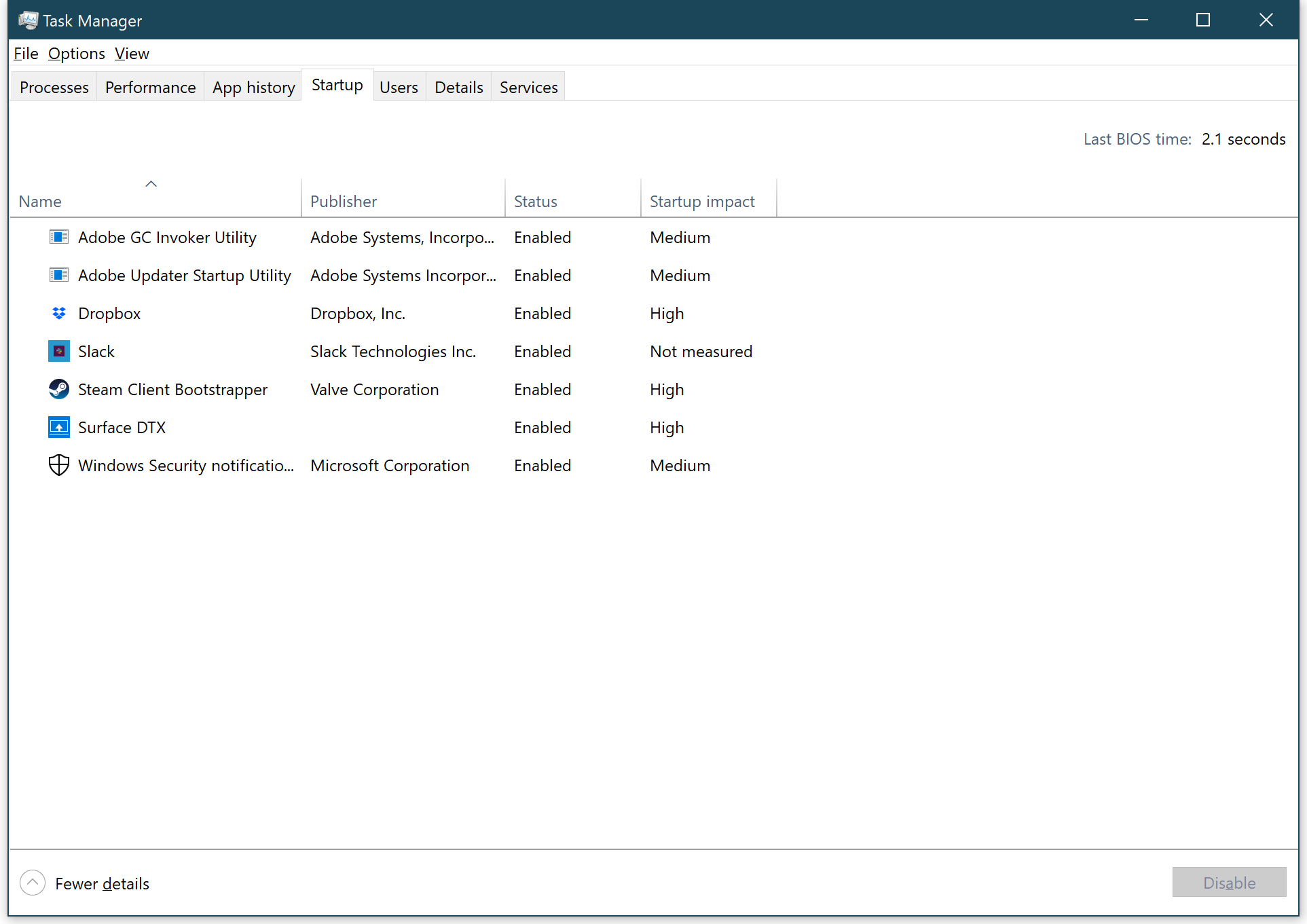 You could also try running a more nuclear option: the “TronScript.” This is a community-generated combination of scripts and actions that’s designed to clean up your system. I haven’t ever needed to use it myself, but it might be worth looking into, given the complexity of your situation.

Download the utility, read the instructions, and back up your critical files, first, in case TronScript ends up doing more harm than good for whatever reason.

Were I you, I would just say, “The heck with it,” back up your files elsewhere, and reinstall Windows from scratch. This is typically the option I go for when my computer is giving me considerable grief.

The hour or so it takes me to set everything back up again — and the clean – install speed tends to be better than wasting countless hours trying to troubleshoot a system with a hodgepodge of fixes. But that’s just me. Go this route, and I bet you’ll fix whatever problems your system is giving you.

(Assuming your older laptop still uses a hard disk drive and not an SSD, you could also pick up the latter for cheap, back up your files, swap out your drive, and reinstall Windows 10 on your speedier SSD. It’s not terribly difficult to do, even if you’ve never done it before, and you’ll see a big improvement in performance.)