iOS 12.1 is officially available for iPhones and iPads. The next generation of the operating system comes with a number of new features for your iPhones and iPads. Here’s a quick look at what’s worth checking out in the latest update — and how to get it right now.

The Best New Features To Try In iOS 12

The latest version of Apple’s iPhone and iPad operating system, iOS 12, is out. It features dozens of new features and improvements; there’s something for everybody.

How to Get It

As always, you can find the iOS update by going to Settings followed by General and then selecting Software Update.

Downloading and installing the update can take a little bit of time, especially right after the update becomes available, but it shouldn’t be that big of an issue — this is just iOS 12.1, after all, not a complete jump from iOS 11 to iOS 12. 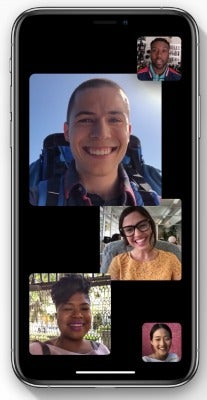 FaceTime in iOS 12.1 finally gets the “group” aspect that Apple teased when initially announcing iOS 12. That means it’ll support up to 32 users at once — more importantly, it’ll automatically feature the person that’s speaking so your giant calls don’t descend into chaos.

Everyone in your massive chats will need iOS 12.1 for the feature to work, so make sure your friends or colleagues have updated their devices before they attempt to join the group cacophony call.

Though it unfortunately seems that there currently aren’t any Australian carriers that support the feature, with iOS 12.1 Apple is rolling out Dual SIM support for the new iPhone XS, XS Max and XR.

While that might not apply to most people — since you probably only have one phone number you ever use — those who need to access two will be able to do so via a combination of a physical SIM card and an embedded SIM, or “eSIM”, for the other.

Apple has a great support page for getting started with this feature, so be sure to check it out if you’re looking to use two numbers on one device and with a supported carrier.

iOS 12.1 adds over 70 new emoji, including people with different hair colours such as red and grey, as well as bald people. Kangaroos, lobsters, bagels and cupcakes are also making their way onto the keyboard.

You’ll find all the new ones in the same emoji keyboard you’ve been using already, but you can preview them all here if you’re feeling impatient.

One of the huge features arriving in iOS 12.1 is Apple’s adjustable bokeh — background blur — for Portrait Mode photos.

When you’re taking a photo with the new iPhone XS, XS Max or XR, you’ll see a “f” button at the top of the controls when snapping a photo in Portrait mode. Press it, and a dial will appear that allows you to control the amount of background blur in the shot. (If you aren’t using one of Apple’s fancier iPhones, you’ll need to resort to an app such as Focos to get the same kind of controls.)