How To Install The iOS 12.1 Public Beta

betaiosiOS 12ios 12.1ipadiphoneoperating systemos
Should you install a public beta of iOS on your primacy iPhone or iPad? Most people caution against it — especially when a beta is in its earlier stages, since you never know what kind of bugs might brick that-which-you-use-your-iPhone-to-do (or your favourite apps).

However, we’re now at version number four of Apple’s public beta for iOS 12.1, so you can probably give it a shot without too much worry. Join up, and you’ll get to play with features such as a digital dump truck’s worth of new emoji, Group FaceTime (finally), and after-the-fact depth control for your Portrait photographs (iPhone XS and XS Max owners only), to name a few features. 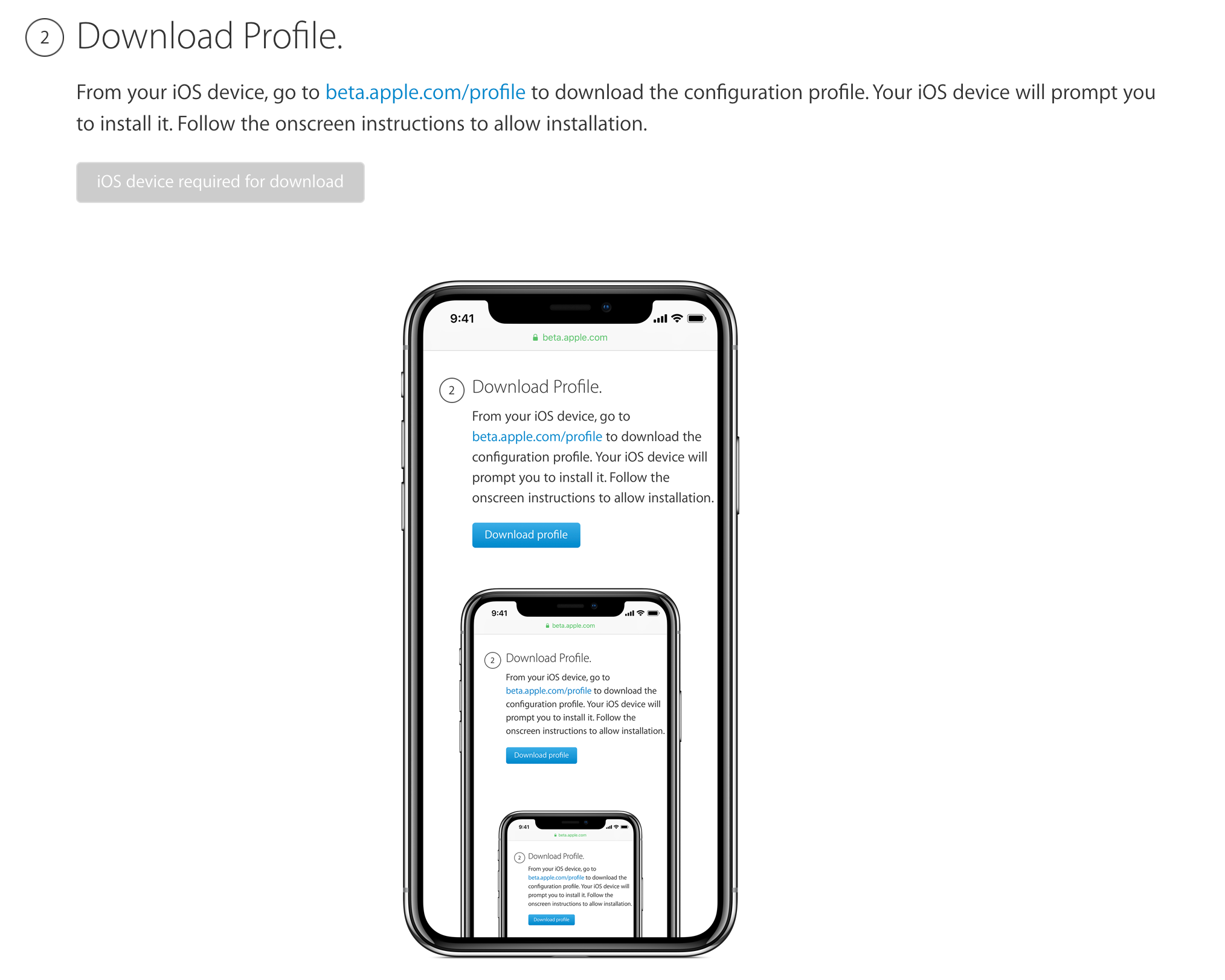 To get started, head on over to Apple’s website for its public betas and sign up (or sign in) with your Apple ID. You can do this on a computer, sure, but you might want to do it on your iPhone or iPad (in Safari) to save some time. Because once you’re logged in, you’ll want to visit Apple’s page for the iOS public beta via your iPhone or iPad’s Safari browser.

Click on the “enroll your iOS device” link, which takes you here, and download the beta profile to your iPhone or iPad. You’ll have to do a little more tapping to install it, and you’ll have to reboot your phone or tablet, but it’s a simple process.

Once your iPhone or iPad boots up again, you’ll be running the latest and greatest public beta for iOS 12.1. You’ll also get an annoying new “Feedback” app that you can’t get rid of — one minor beta annoyance that you can use to let Apple know about any problems you’re having. Here’s hoping you don’t have any problems.