Australian Workers Are Less Stressed Than Most Of The World

Australians, as their reputation for being laid back indicates, are among the least stressed workers in the world. A survey of 23,000 office workers globally, commissioned by specialised global recruiter Robert Half, shows Australia ranks, with a score of 52.4 on a scale of 100, only second to the Netherlands with a 55.9.

Here are the Robert Half stress rankings: 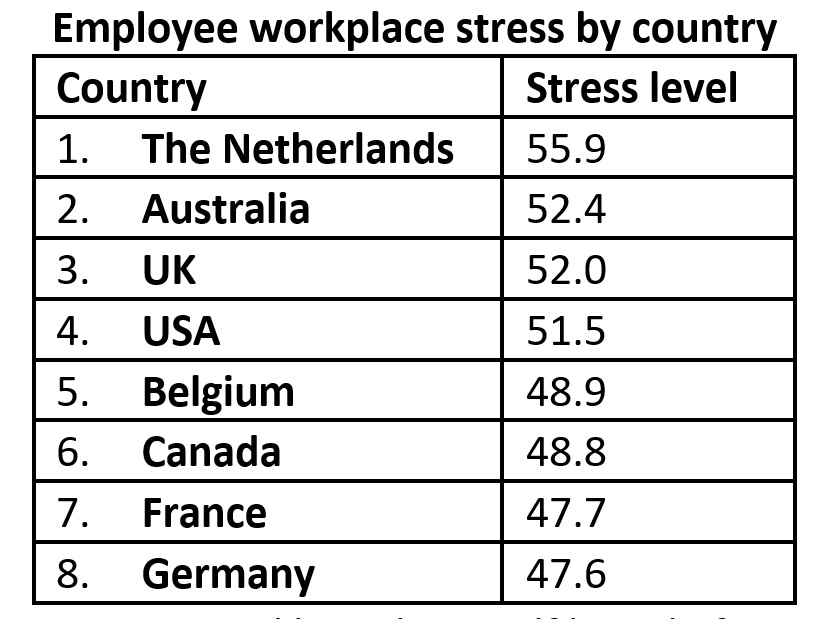 Andrew Morris, Director of Robert Half Australia, says stress is sometimes unavoidable with many subtle contributors.

“Stressed out employees not only negatively affect company performance, but can also impact overall team morale,” he says.

“Eliminating all work-related stress in the office may not be possible, but taking proactive steps to reduce it can improve staff performance, engagement and overall workplace happiness.”

Stress can lead to burn out which in turn can contribute to high employee turnover, absenteeism and lost productivity.

“The most successful companies have systems in place to effectively monitor and manage stress levels, whether in the form of seeking regular employee feedback or increasing temporary staff headcount to help manage high workloads,” he says.

“Other company initiatives include offering employees increased sick leave, sabbaticals, or encouraging more social activities with staff outside the office.”

Happiness at work means different things to different people. Here are the drivers in Australia across age and gender: 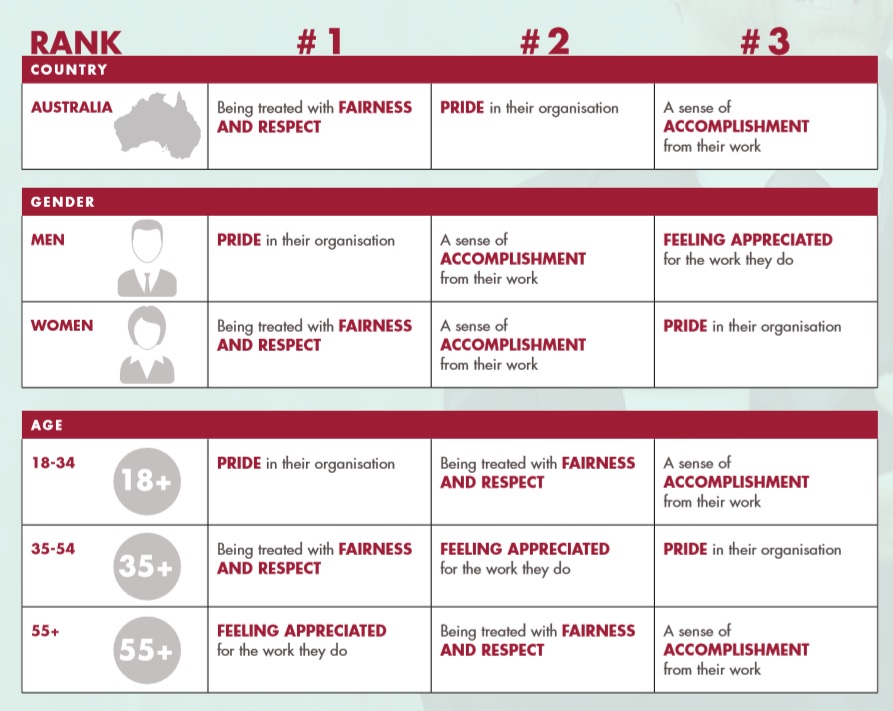 The research — It’s Time We All Work Happy: The secrets of the happiest companies and employees — found that money does make a difference. Those on an annual income of $50,000 to $74,999 are the least stressed compared to those earning $150,000 or more.

Age is a key indicator of stress levels. According to the research, the most stressed Australian workers are those aged 18 to 34 (51.5), followed by professionals aged 35 to 54.

Senior workers, those aged 55 and more, are the least stressed, suggesting experience plays a part in managing stress levels.

Gender also has a role. Australian women are more stressed in the workplace then men, ranking their stress levels as 50.1 compared to their male colleagues at 54.6.

Some industries are more stressful than others, with people working in healthcare industries (47.4), manufacturing (48.0) and human resources (48.5) more stressed than those working in the accounting sector (58.6), administration (57.1) and IT industry (54.7).

The happiest employees are found at companies with fewer than 100 employees. The least happy are at organisations with 10,000 or more employees, as this chart shows: 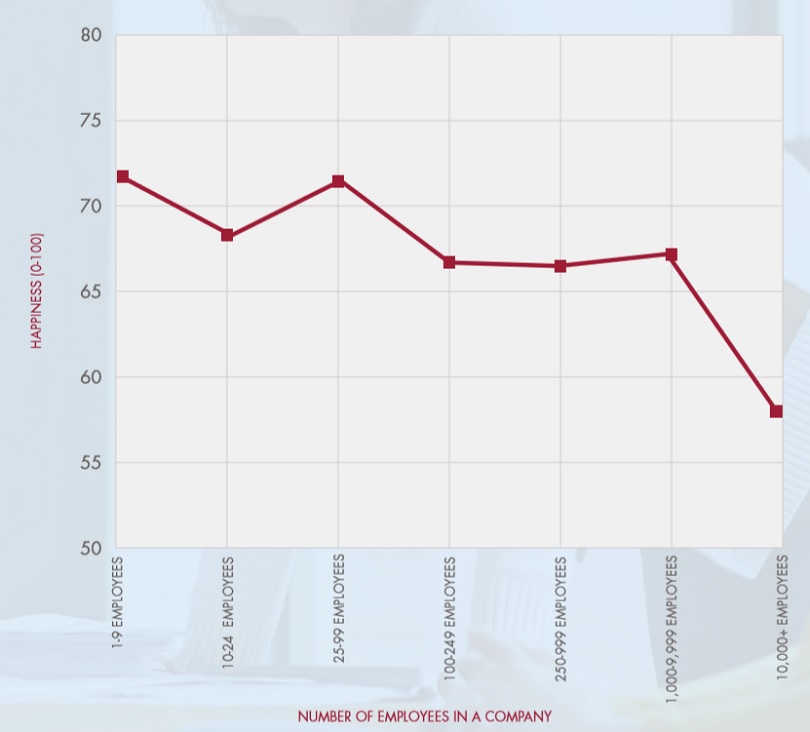