Cheap beer gets a bad rap, but I’ve been choosing it over the fancy stuff more and more these days. Unlike heavy IPAs, generic lagers don’t compete with food or give me a hangover, and they’re an absolute joy to cook with.

Photo by Igor Ovsyannykov on Unsplash

Wine has the cooking-with-booze market pretty cornered; outside of beer-can bacon burgers or Guinness cake, you don’t hear much about beer-centric recipes. For wine, the rule of thumb is to only cook with stuff you like to drink, which is great advice for those with access to tasty, cheap wine, but it can be hard to strike a balance between “good enough to drink” and “cheap enough for stew.”

This is why I love cooking with beer so much, and why I think more people should give it a try, especially those who’ve ruined a difficult dish with bad wine and are afraid to try again.

How To Make Beer Can Bacon Burgers

Beer can bacon burgers. Beer can. Bacon. Burgers. You know you need to make these at your next backyard barbecue. Science demands it. We have the full recipe right here.

Obviously, beer can’t replicate the flavour you’d get from wine, but it offers all of the benefits of cooking with booze with very few risks. Here’s what a can of your favourite beer has over wine:

Most importantly, though, beer is a known quantity. You can probably imagine the taste of your favourite beer without too much effort, but buying an unfamiliar bottle of cheap wine is like playing tasting-note roulette. There exists cheap wine that isn’t an unholy union of paint thinner and sugar water, of course – but one unlucky guess can ruin dinner. 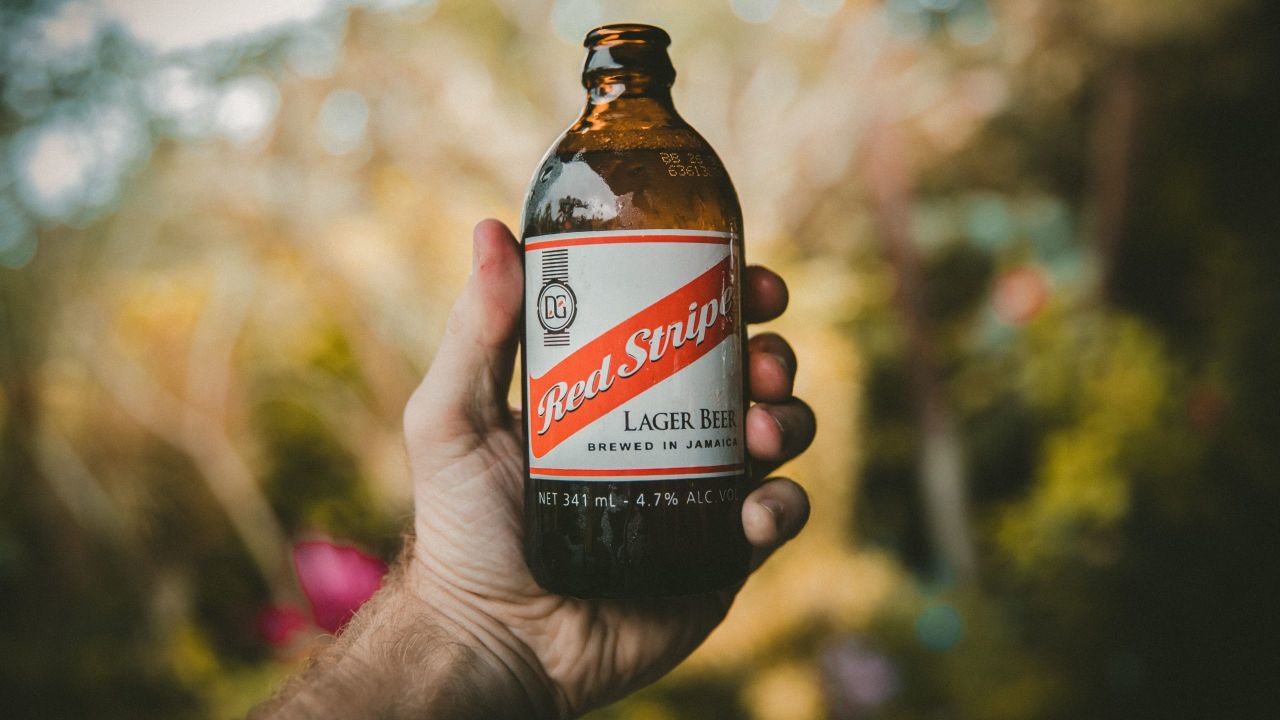 Photo by Jakob Owens on Unsplash.

Photo by Jakob Owens on Unsplash.

Speaking of paint thinner and sugar water, skip the malt liquor when cooking with beer; IPAs, strong ales, sours, and yeasty Belgians are generally out, too. Any cheap lager works great as do semi-wimpy dark beers. Basically, use your favourite cheap drinkin’ beer, whatever it may be.

The beauty of cooking with a somewhat neutral alcohol like beer is that the possibilities are truly endless; unless you’re looking for a specific wine flavour, like in coq au vin or chicken Marsala, use beer wherever you’d use wine. These are my personal favourites:

If you also cook with beer, I’d love to hear about your favourite recipes – especially if you use it to make pizza dough. So many people swear by it, but I haven’t found a recipe I like yet and I’d really like to start.