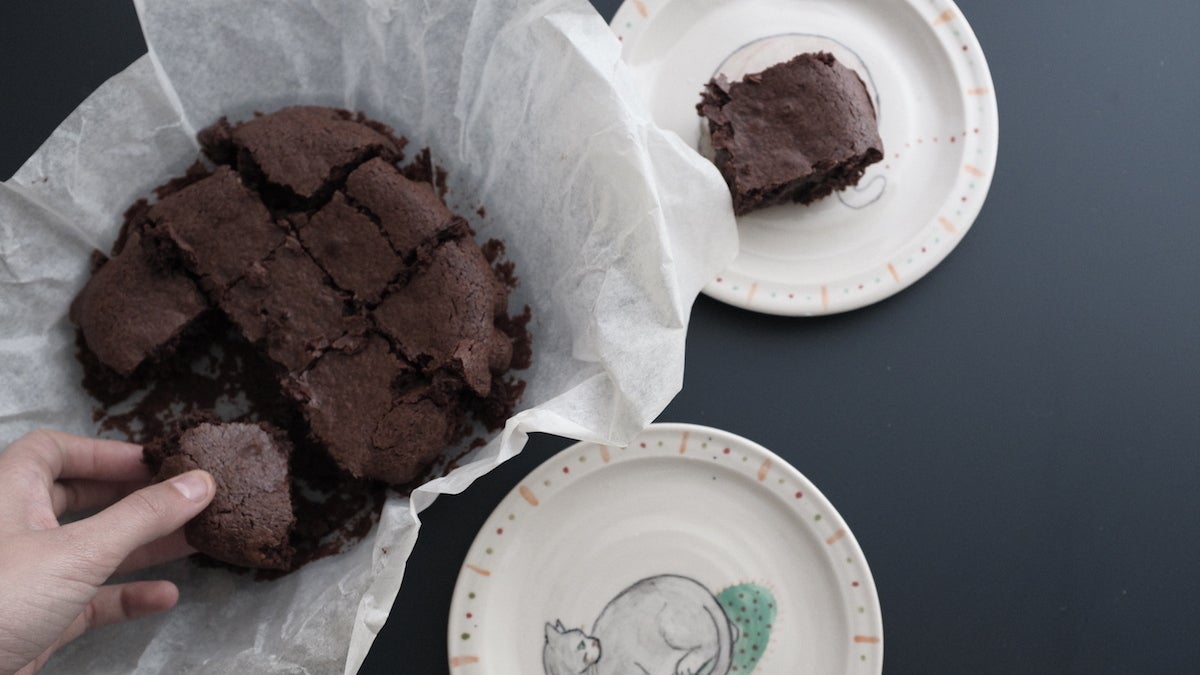 Some folks relieve stress by baking sourdough bread or elaborate layer cakes; good for them. When I’m sad and stressed, I need the shortest, hardest-to-mess-up path to a lot of chocolate I can find. For me, that path always leads to cocoa brownies. 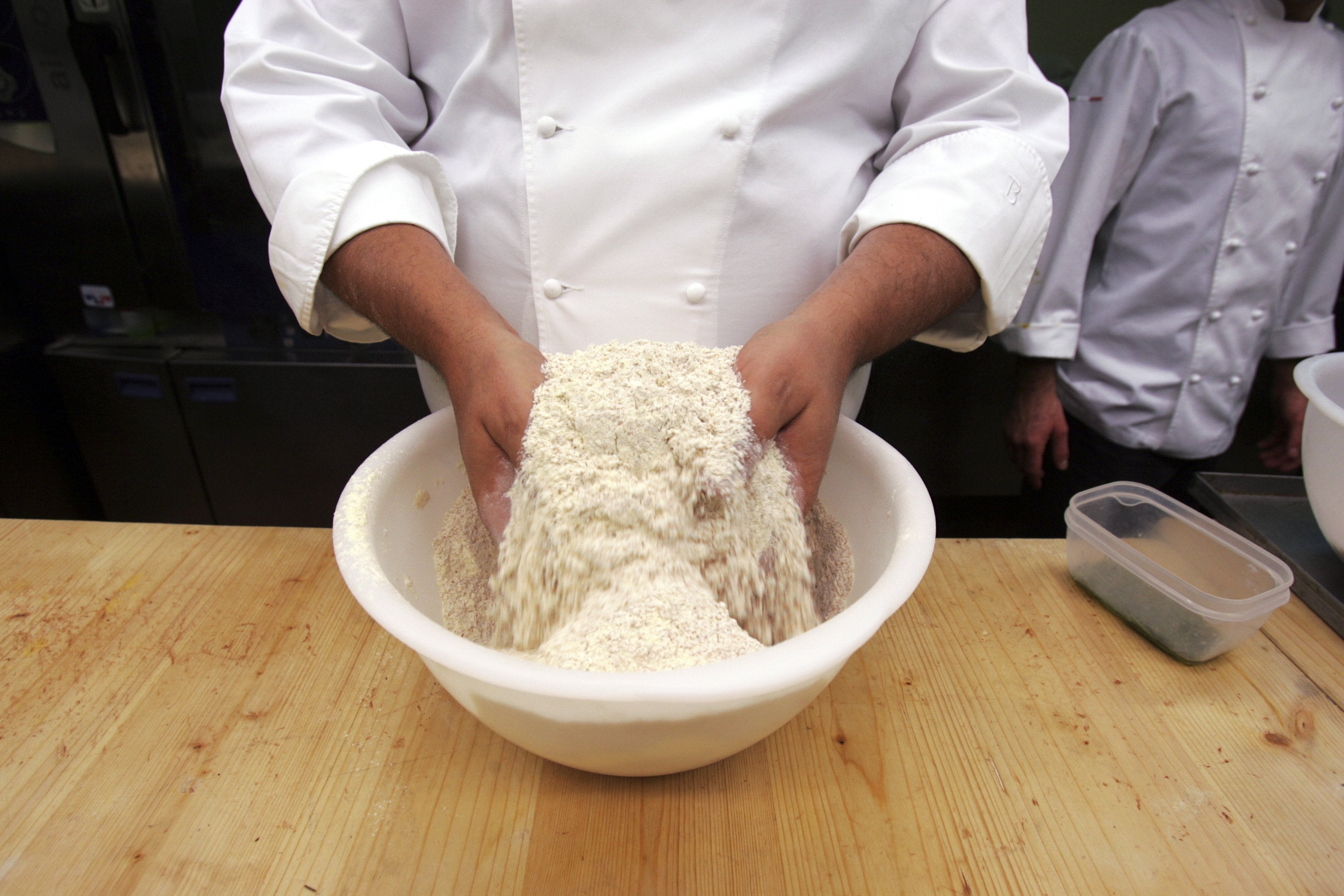 I love to bake, but my electric hand mixer is on a very high shelf, and even once it's down, it's so daunting -- the splatters, the cord-wrangling, all the twisty bits to wash. Which is why I am devoted to these two recipes, which require nothing more high-tech than a mixing bowl and spoon.

If you’ve never made them before, all-cocoa brownies probably sound like a big bowl of whatever — but I bet the first batch will convert you. Like box brownies, they come together in about five minutes, use one bowl, and bake up dense and fudgy with a shiny, crackly crust. Unlike box brownies, they use butter. I firmly believe that cocoa brownies are the One True Brownie and also that you deserve some right now.

My recipe is a modified version of Deb Perelman’s best cocoa brownies, which is itself adapted from Alice Medrich’s best cocoa brownies. I’ve tweaked it to my preferences — salted butter instead of unsalted, twice the vanilla, a mix of brown and white sugars — and encourage you to do the same. Throw in some pecans, chopped chocolate, a glug of bourbon, some cinnamon and cayenne, whatever. Life is fleeting; go wild.

You will need an 20cmx20cm pan (or whatever you usually use for brownies), baking paper, and these ingredients:

Line your pan with baking paper and preheat the oven to 163C. Using a scale or cup measures, get the butter, sugars, cocoa and salt into a 1L microwave-safe vessel. I use either a four-cup Pyrex measuring cup or — shocker — a plastic soup container for ease of pouring.

Microwave for 30 seconds to a minute, or until the butter is completely melted. (If you don’t have a microwave, a makeshift double boiler works great.) Stir with literally any spoon-like object you have until well combined. It will look a little gritty at this point, but don’t sweat it, because everything is going to turn out great.

Add the vanilla and stir to combine, then add the eggs one at a time. You want ’em mixed in there real good, so stir aggressively in between each egg. Now is a great time to focus on anything that’s been pissing you off lately.

Once the eggs are fully incorporated, add the flour and stir gently until it’s fully incorporated. Summon some more negative thoughts — anything you didn’t deal with while beating in the eggs will do — and beat the batter vigorously 40 times with your spoon. Alice Medrich, the GOAT herself, compels you to do this. Don’t disappoint her.

Pour the batter into the prepared pan and spread it around into one even layer. Bake at 163C for around 30 minutes, or until a toothpick inserted in the centre comes out mostly clean. (I use a deep 15cmx15cm pan, so mine always take about 45 minutes.) Allow to cool at room temperature until you can safely handle the pan, then either transfer the brownies to a rack to finish cooling or eat them immediately. 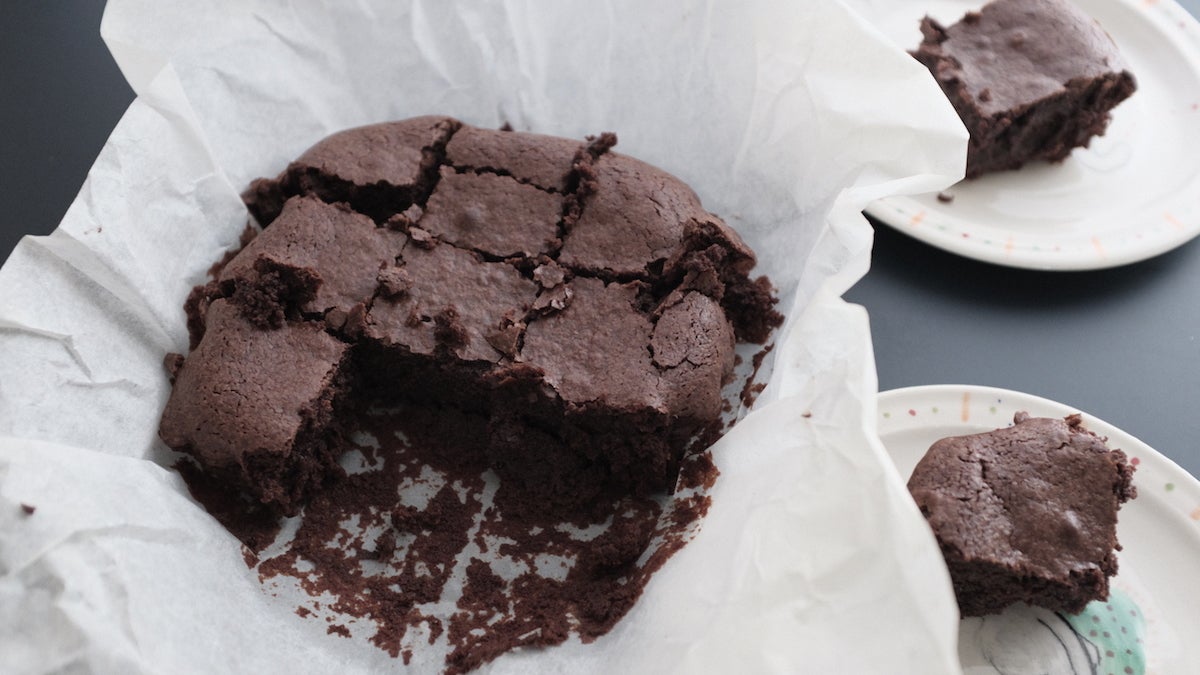