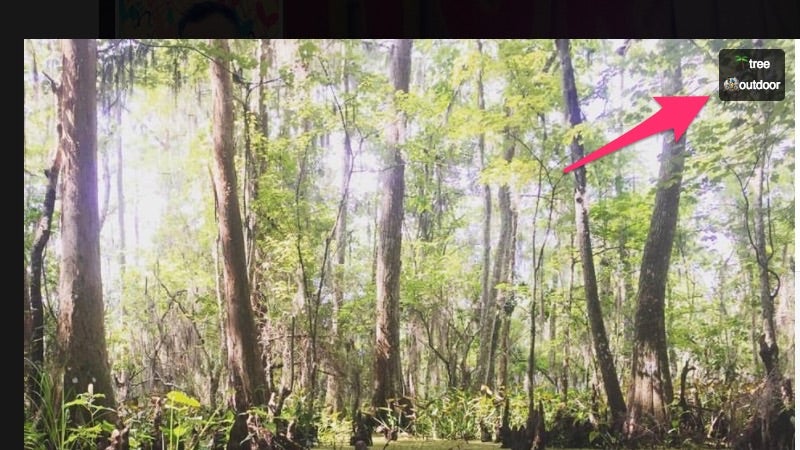 Chrome: A ton of photography apps, like Google Photos and Apple Photos, try to automatically make sense of objects in your photos and add automated tags, and it turns out Facebook does that too, even though you'd never know it. Show Facebook Computer Vision Tags is a Chrome extension that reveals all those tags.

Facebook uses software to look at the images you upload, then adds tags based on what it sees. Weirdly, it doesn't show you any of this. The only aspect of this software you'll see is the facial recognition feature that suggests a face in an image, but Facebook also tags photos with data like how many people are in a photo and whether it's indoors or outdoors. This is useful for a number of reasons, but it's mainly used for blind users who might depend on screen readers to understand an image. With the tags in place, accessibility software can describe the image.

If you're curious about what tags your photos get, you can figure it out using Chrome's dev tools, or just install the Computer Vision Tags extension, which adds a little overlay for each image with a list of the tags Facebook's added to those photos.

David Murphy 03 Apr 2020 6:00 AM
The ever-busy developers at Microsoft have been gradually releasing fun new utilities for Windows users to mess with. These PowerToys tend to add a bit of quirky-but-practical functionality to your operating system, and they’re completely free for you to try. We’ve covered some of their previous offerings, but two latest additions are some of the best yet.