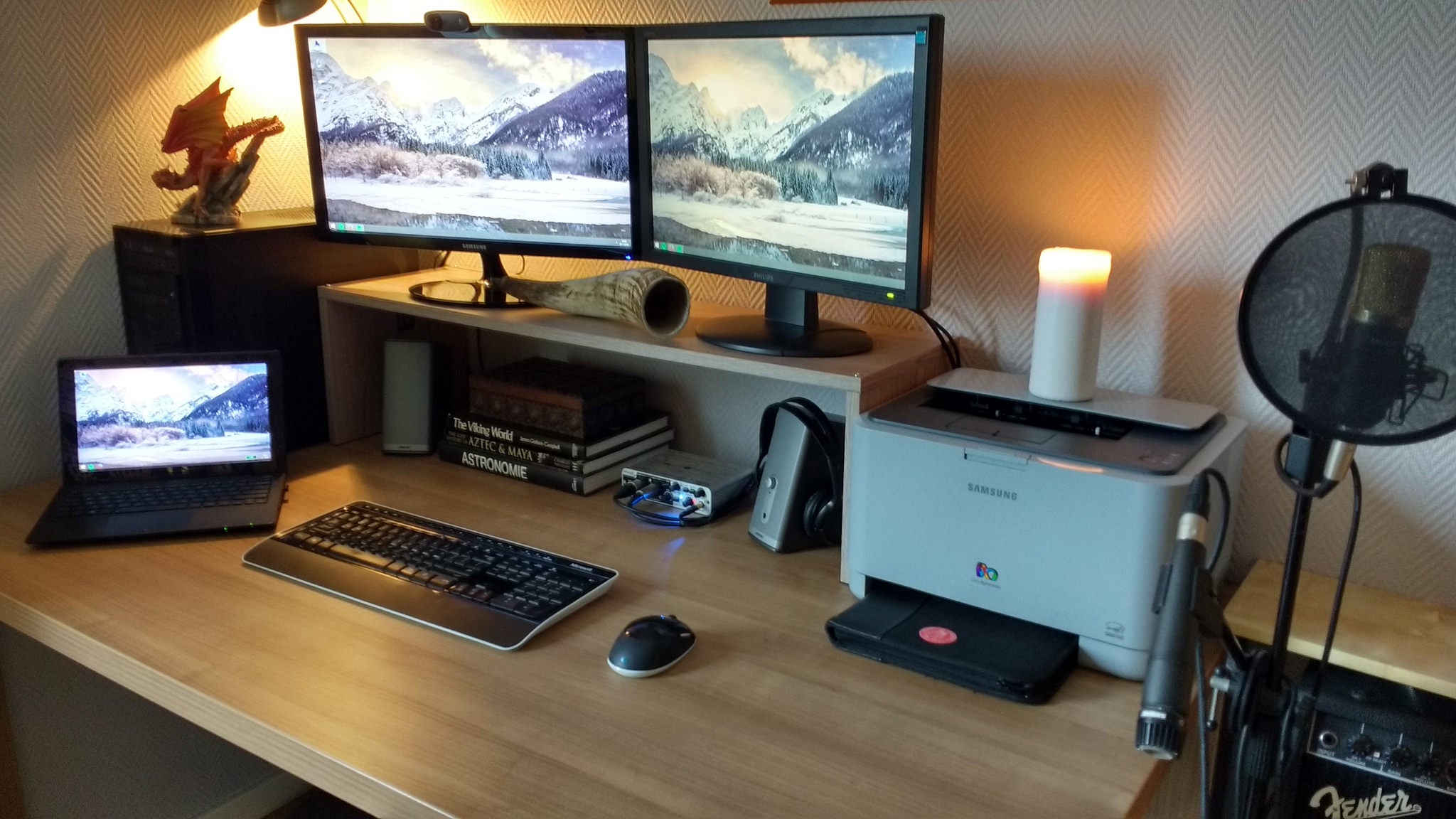 Dennis loves tech, loves making music, and of course, loves the medieval props he keeps around his desk, like that dragon on his case and the horn in front of his monitors. His workspace is sharp, simple and well organised without being over the top.

Dennis says he loves tech, making music, and of course, gaming — but like all of us, he has to indulge his hobbies on a budget. We think he's done pretty well for himself. Here's some of the gear in that shot above:

"Since I am always looking for a bargain, a lot of the setup is second hand, or discounted. The total of this workspace is under $US2000, which is the same as a newer macbook. It's a lot of money, but considering what I get for it, I find it a good deal.   "As you might see, I hate wires, so most of my setup is wireless, or has the cables cleaned up underneath the desk.   "The rest of my room has a few guitars and amplifiers, more books and a viking tapestry that matches with the setup."

Admittedly this is a small shot, but we like what we see, and it's well organised. There's space for books and headphones under the monitor stand, even a printer and the second laptop, not to mention the microphone stand on the side there and the amp. Swing the microphone over and you're ready to make music or hop on a video call, whichever you actually need to do. Good work, Dennis!