No, Getting Married Doesn't Make You Liable For Your Spouse's Old Debt 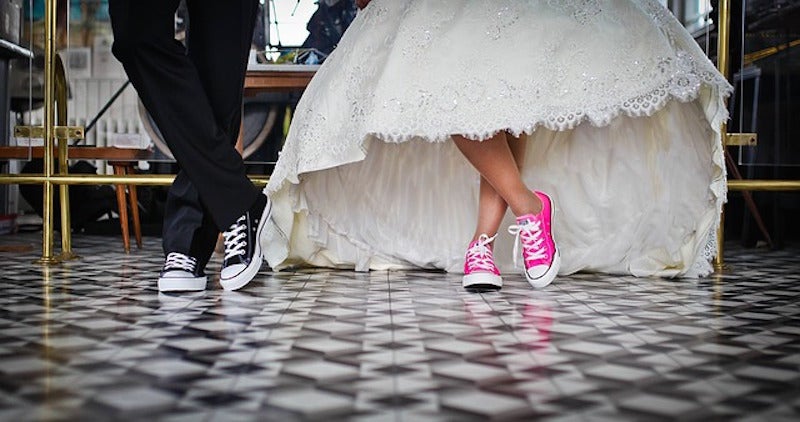 Many people assume that marrying someone automatically makes you responsible for their past debt. This is absolutely not the case, but it's a myth that won't seem to die.

Let's say your fiancé took out a massive loan years ago and he or she has had a tough time paying it back. Their financial history and habits might affect you indirectly, but you're not on the hook for anything they incurred prior to your marriage, including that crippling loan. The Wall Street Journal explains that, unless you refinance that debt together, your credit histories remain separate and you don't take on their debt:

Many couples think marrying each other means merging their debt loads, but that generally is not the case. While many couples opt to pay down debt together, neither spouse is usually legally obligated to pay off debt that the other incurred before marriage, says John Ulzheimer, president of consumer education at credit-monitoring service SmartCredit.com.   However, be aware that a spouse could lose that protection. If you refinance a loan with your significant other and put your name on the loan's promissory note, or add yourself as a joint account holder of a credit card, you'll likely become responsible for those debts, even if your spouse took them on before marriage, he says.

People probably get tripped up on this myth because in certain circumstances, you may be responsible for debt your partner incurs during the marriage. In general though, no, you're not legally responsible for your new spouse's old debt.