The Best Note-Taking App for Android 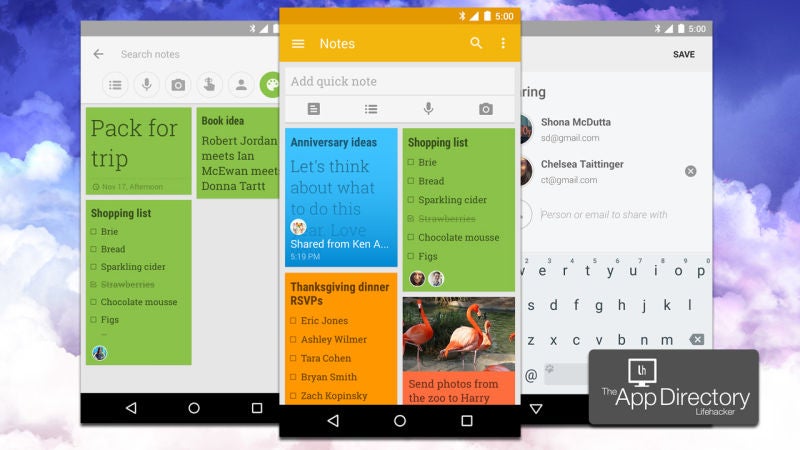 There are tons of note apps with wildly different approaches to organising your thoughts. For that perfect balance between quick notes and serious organisation, Google Keep is our favourite. You can scribble something down easily, or go all-out with filtering, labels, colour-coding, and more. 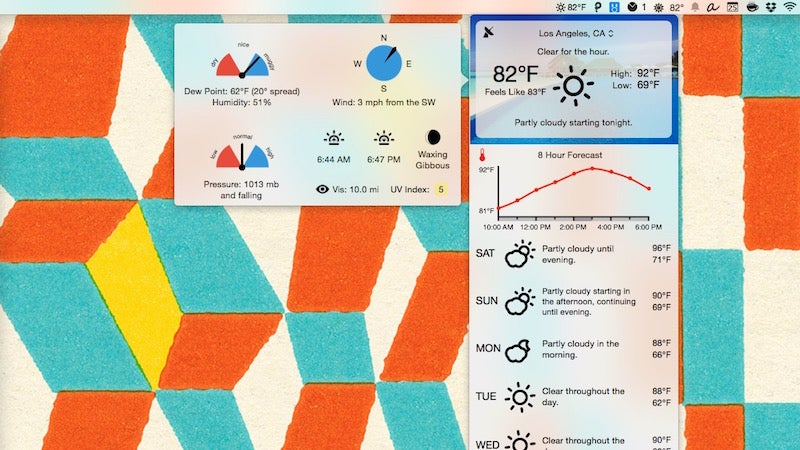 Mac: Weather is a fickle thing, but if you like to stay on top of it from your Mac, you don't have a ton of options beyond refreshing a web site. Forecast Bar is an app that will help you do just that, with a forecast in your menu bar, weather alerts, and more.

The Long Arm of the Galaxy Desktop 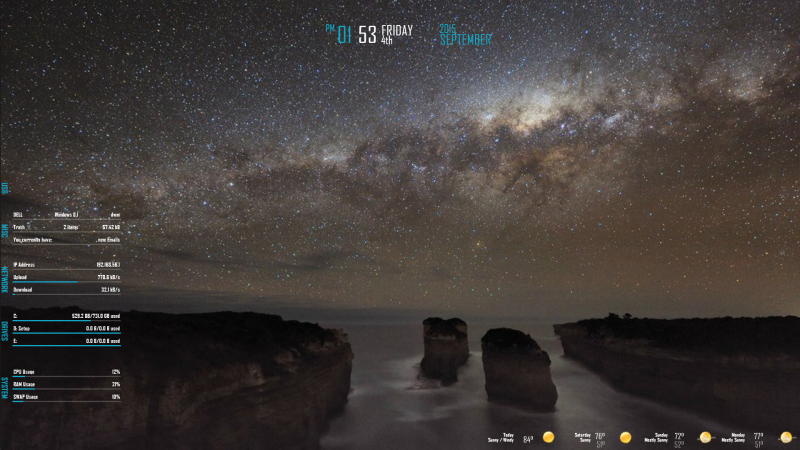 Like we've said before, sometimes less customisation is more, and this beautiful desktop from reader Mackenzie is another great example of how just a couple of skins — not too many — make all the difference. Here's how she set it up. 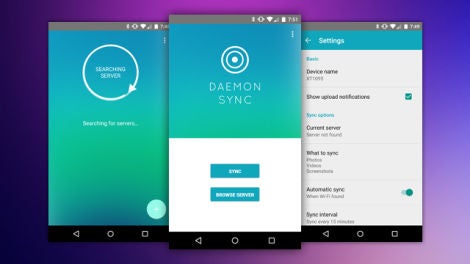 Dropbox may make it easy to sync files between devices, but if you'd like to skip the middle man, DAEMON Sync lets you do the same thing solely over local Wi-Fi.

Headspace Teaches You How to Meditate in Ten Minutes a Day 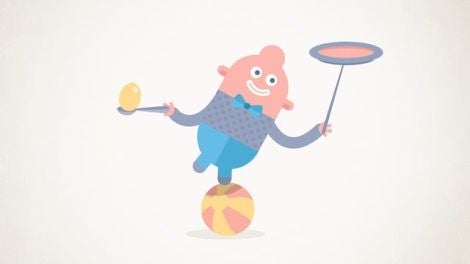 Android/iOS/Web: Meditation can have a ton of benefits, but it's often hard to learn if you've never tried. Headspace helps by walking you through the process in 10 minute increments each day. 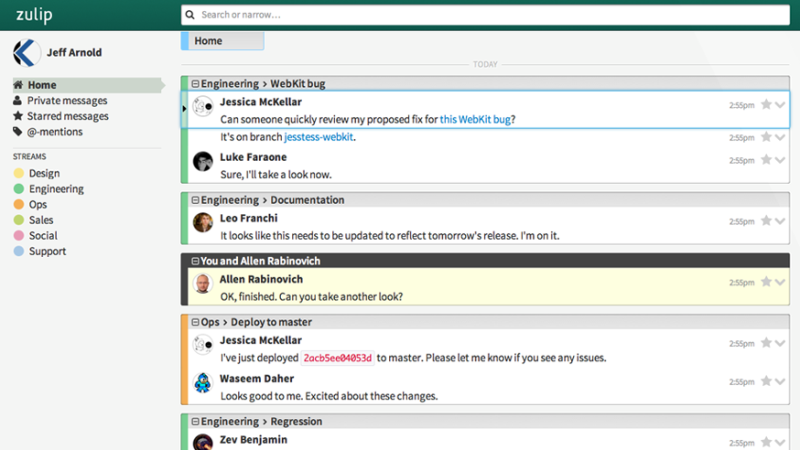 Over the last couple of years, services like Hipchat and Slack have become popular ways for companies and teams to manage their communications. Zulip is a completely free, open source alternative from Dropbox with a ton of features. 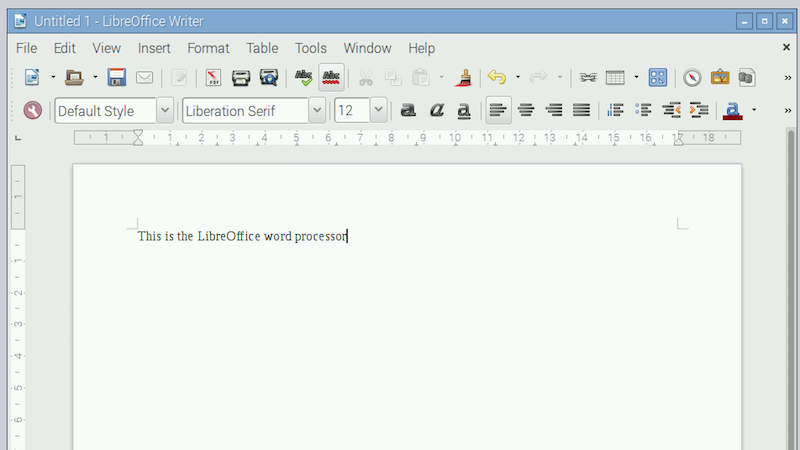 Raspbian, the de facto operating system on the Raspberry Pi, got a big update today. The update's based on the most recent version of Debian, called "Jessie," and brings along a bunch of minor interface tweaks and performance improvements.

AmpMe Links Multiple Phone Speakers Together Into One Sound System 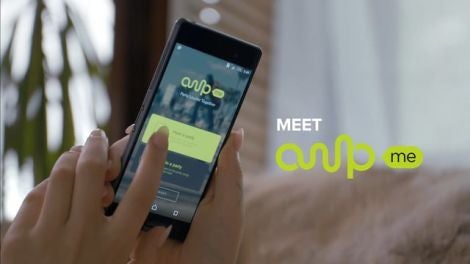 Android/iOS: Want to create a big speaker system, but don't have any actual speakers? AmpMe is an app that allows you to chain together phones and Bluetooth speakers into one big synchronised sound system. 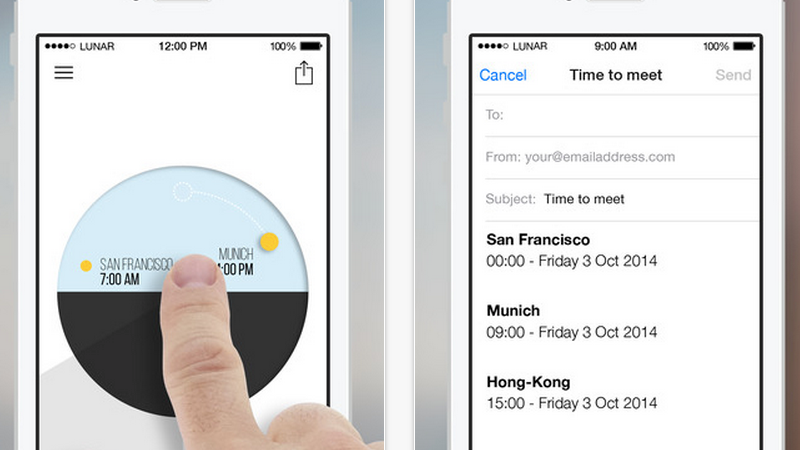 iOS: If you know or work with people all over the world, it helps to know what time zone everyone is in. You can easily check different time zones on your phone, but OneTime lets you do this and more. 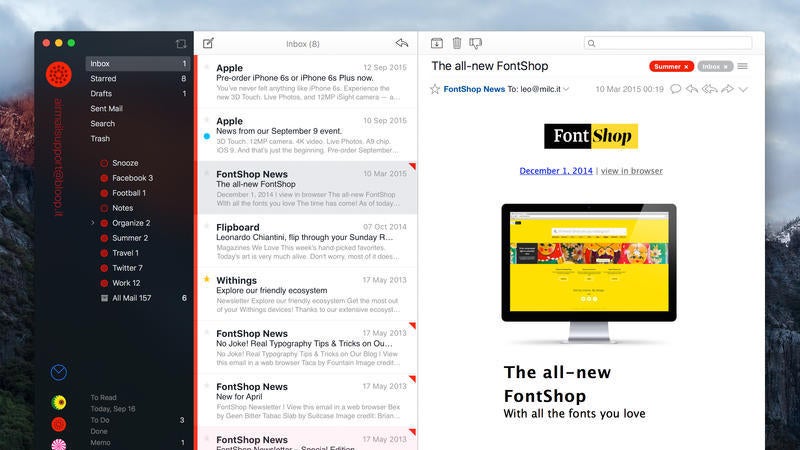 Mac: Despite a recent price bump, Airmail is still our favourite email app on Mac, and today it's getting some new features, including to-do list integration, support for El Capitan, and more. 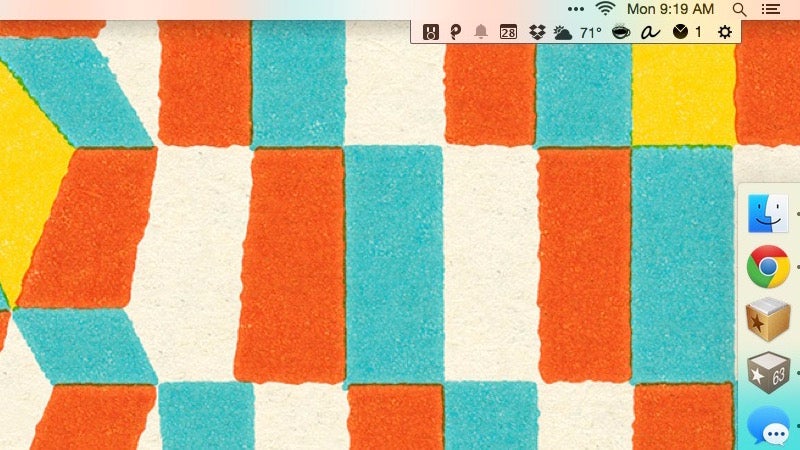 Mac: We've always been fans of Bartender, because it's a great way to clean up your menu bar, hide away items you don't need, and organise your menu bar however you want. Now, a new version adds some improvements, including a keyboard shortcut, search, and El Capitan support.

Tweetbot 4 Comes to the iPad, Adds Statistics, Landscape View, and More to iPhone 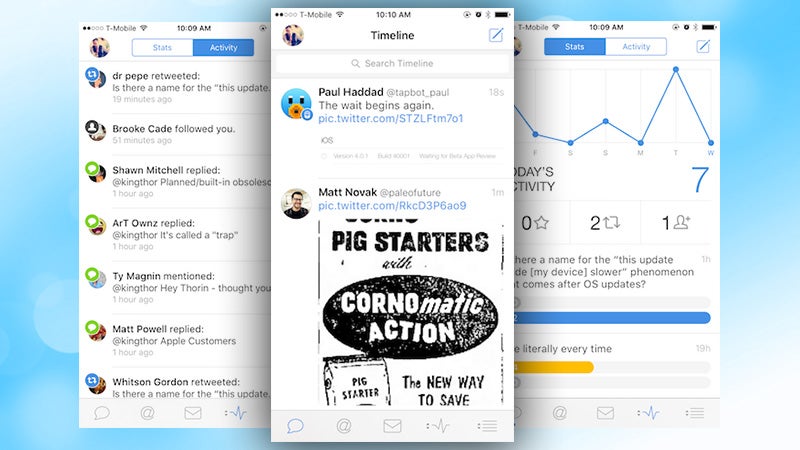 iOS: Tweetbot 4 was released today as a completely new version of the popular Twitter app. It's a universal app that brings in support for the iPad alongside a variety of other improvements. 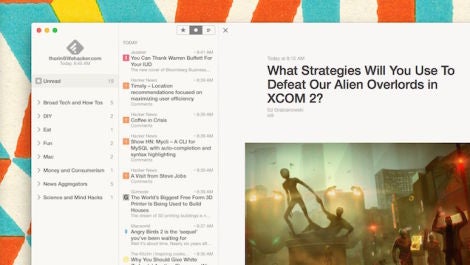 Mac: Reeder is our favourite RSS reader for Mac, and today it gets an update that adds a handful of new features.