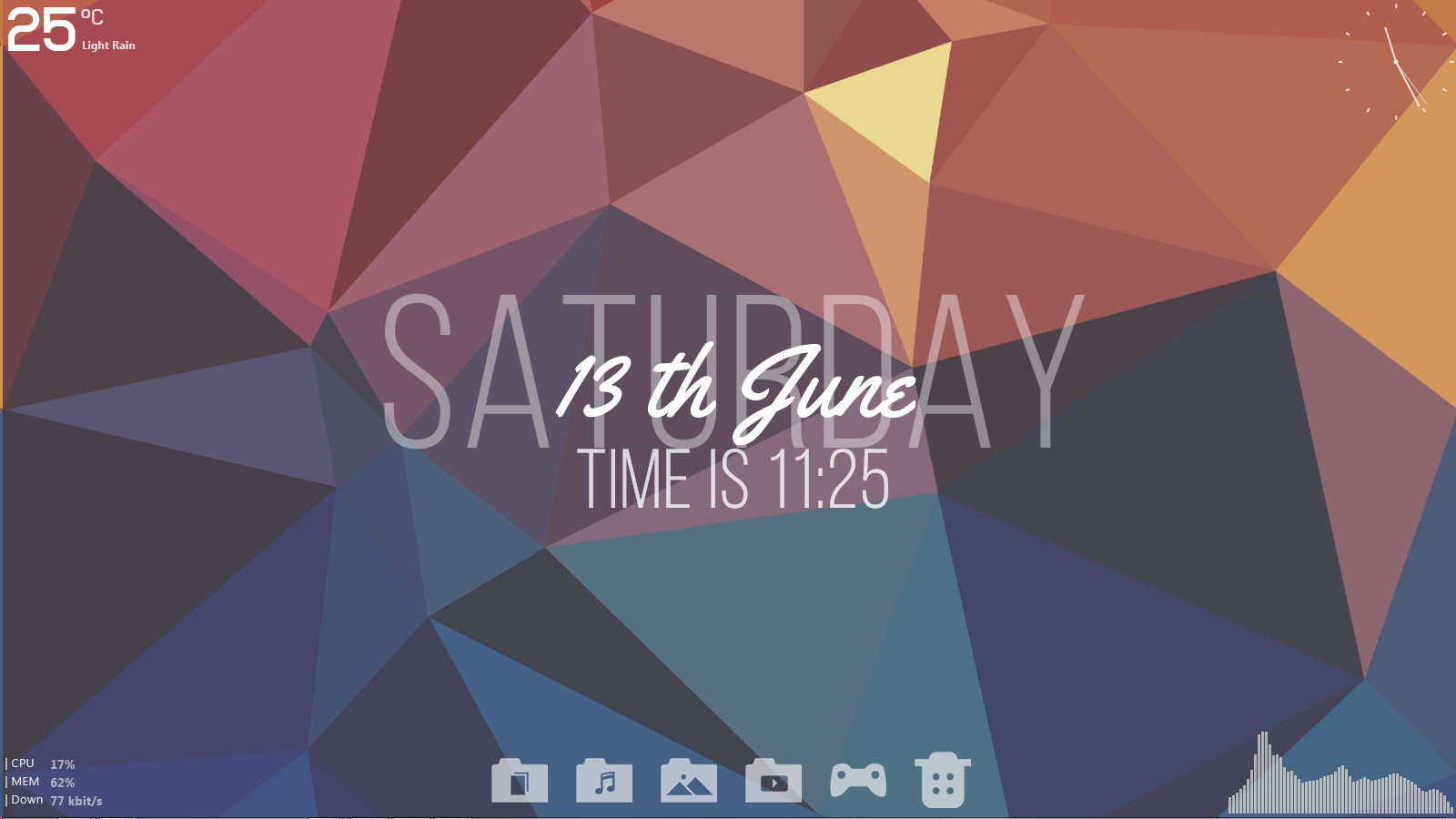 Lifehacker reader Pushkar submitted this good-looking desktop, and we love the look of it. Useful as a second screen or when it's time to work, here's how he set it up.

Pushkar's Windows desktop is pretty easy to set up. You'll need the basics we've mentioned before, but here are all of the components together:

That's about it. If you like that whole "clock in the centre of the screen" thing we see in a lot of desktops, you can set it up the way above. If you don't, you can omit the Zirim Clock skin to leave the centre of the screen open. We see why Pushkar kept it though — it's great when you don't have anything up, maybe as a second screen or a desktop you don't always use, but there's still an analogue clock in the corner in case you need to open up apps on-screen but still want to know the time (since the taskbar isn't set to show).