Close up of dog eating food from a red bowl

5 Foods You Should Never Feed to Dogs

Chop An Onion Super-Finely (And Keep Your Fingers Intact) 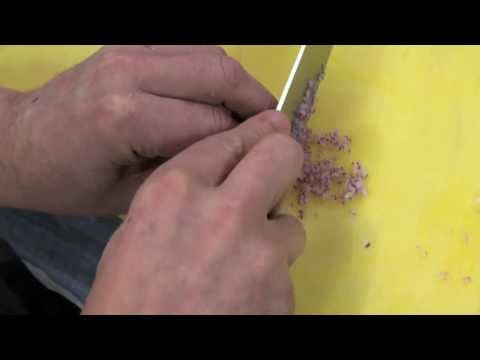 You might already know how to cut up an onion like a pro, but chef and restauranteur Marco Pierre White demonstrates how to really finely chop an onion. By finely, we mean super small bits that will add even more flavour to dishes without bigger chunks of onion in them.

The key is to chop only a few layers of the onion at a time, rather than chopping half of the onion as is taught in classical cooking schools. Even if you’re not as adept with a knife as Chef Pierre White, just going slowly — as he demonstrates at the end of the video — will produce the same very fine results.