This Dip Uses Every Part Of The Green Onion, Even The Roots

If you include the roots, the green onion has three edible portions that are suited for slightly different applications.

The green part is quite mild, but still oniony — perfect for garnishing or mixing into fresh salads. The white part is a little more abrasive, and does best with a little cooking to mellow it out. The roots also have a bit of onion flavour in ‘em, and they crisp up into lovely little golden strands when fried; you just have to wash them really well, because they quite literally come from dirt.

By using all three portions of this flavour-packed, ubiquitous, very cheap onion, I was able to make a savoury onion dip that wasted no part of the produce. To make it yourself, you will need:

Wash the onions thoroughly, paying particular attention to the roots.

Season the white portion with salt, then cook the slices in one tablespoon of oil over medium-high heat until they are soft. Drain on paper towels, leaving as much oil in the pan as you can. 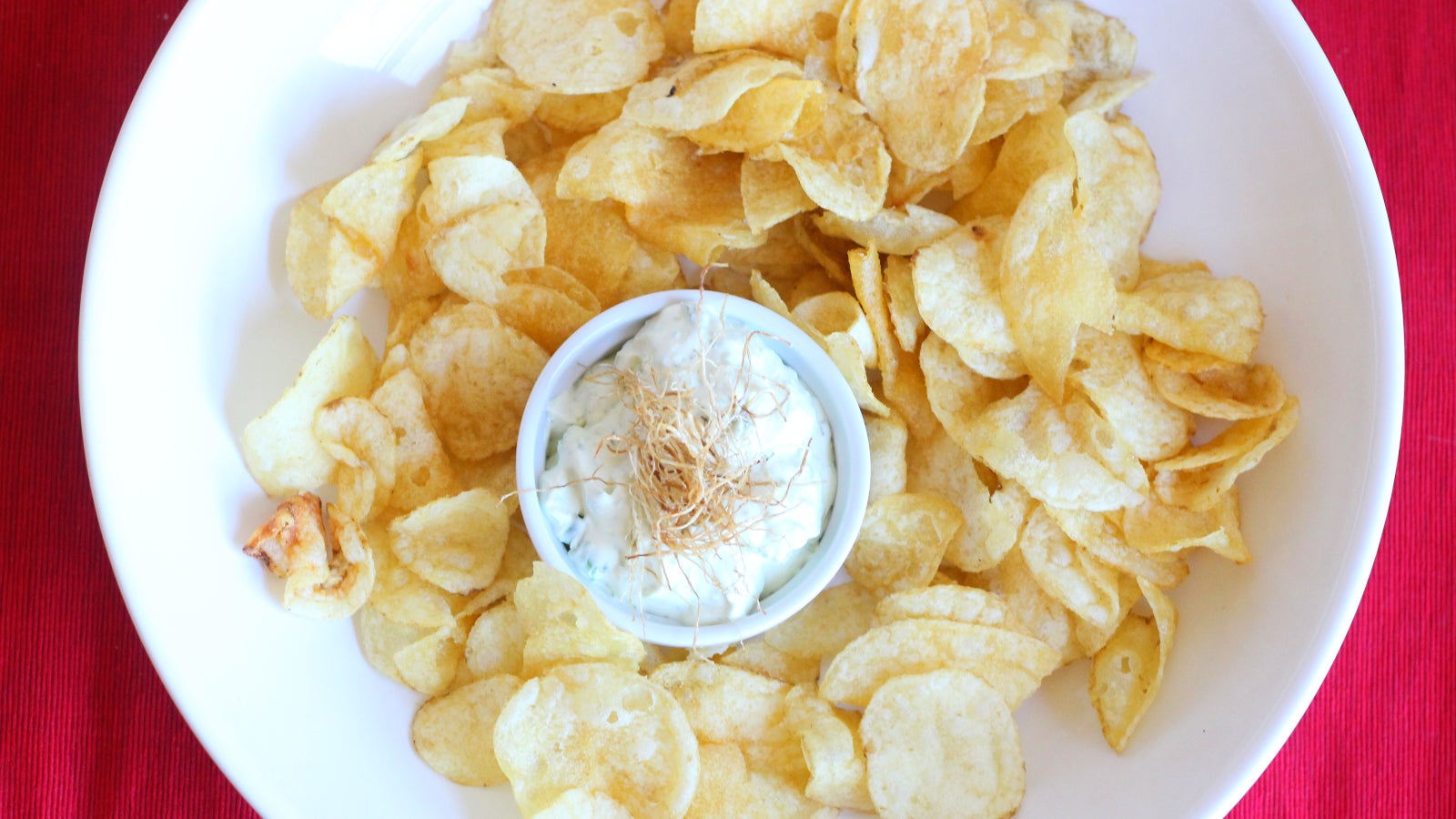 Using a food processor, immersion blender or “regular” blender, combine the sour cream and cream cheese. Add both portions of the onion, and pulse until well-combined.

Scrape the dip into a bowl, set in the fridge to chill, and heat the remaining oil over high heat. Add the roots and cook until they are golden and crispy.

Drain them on paper towels, season them with salt, and place them in a pretty little nest on top of your dip. Of course, you can place them on something other than a dip, but I’m not sure why you’d want to do that.