Study Shows That 10,000 Hours Of Practice Isn't The Magic Number 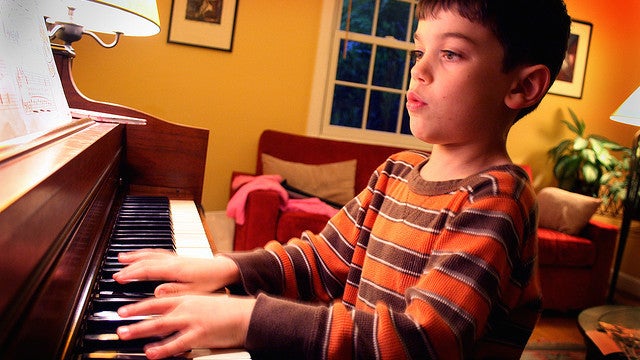 The Princeton study analysed 88 other studies about deliberate practice. The researchers found that how much practice affected performance varied by field and there's no set amount of hours it takes. Business Insider breaks down the numbers:

[R]esearchers found that practice accounted for just a 12% difference in performance in various domains.

What's really surprising is how much it depends on the domain:

This isn't the first time the 10,000 rule's been challenged, but it's one of the more comprehensive looks at how exactly practice effects mastery in the long run.

In a press release, the researchers sum up their findings pretty bluntly:

Furthermore, the findings showed that the effect of practice on performance was weaker when practice and performance were measured in more precise ways, such as using practice time logs and standardized measures of performance.

"There is no doubt that deliberate practice is important, from both a statistical and a theoretical perspective. It is just less important than has been argued," says Macnamara. "For scientists, the important question now is, what else matters?"

So, as is most often the case with these types of things, the 10,000 hour rule isn't really a rule. It's nice to think that we can all learn to do anything if we practise enough, but as The New York Times points out, it's good to know that it's OK to quit too:

But letting go of the idea that enough practice turns anyone into a star can have its upsides, too. It may free us from self-blame if we're just not getting the hang of something. And if we've tried and tried and still don't succeed, it may give us permission to quit and try something else. Which, when I graduated from high school as a still-pretty-bad French horn player, is exactly what I did.

Of course, most of us still need to practise a lot to get good at a skill, but it's a bit harder to say how much practice we really need.