What Research Says About The Relationship Between Practise And Expertise 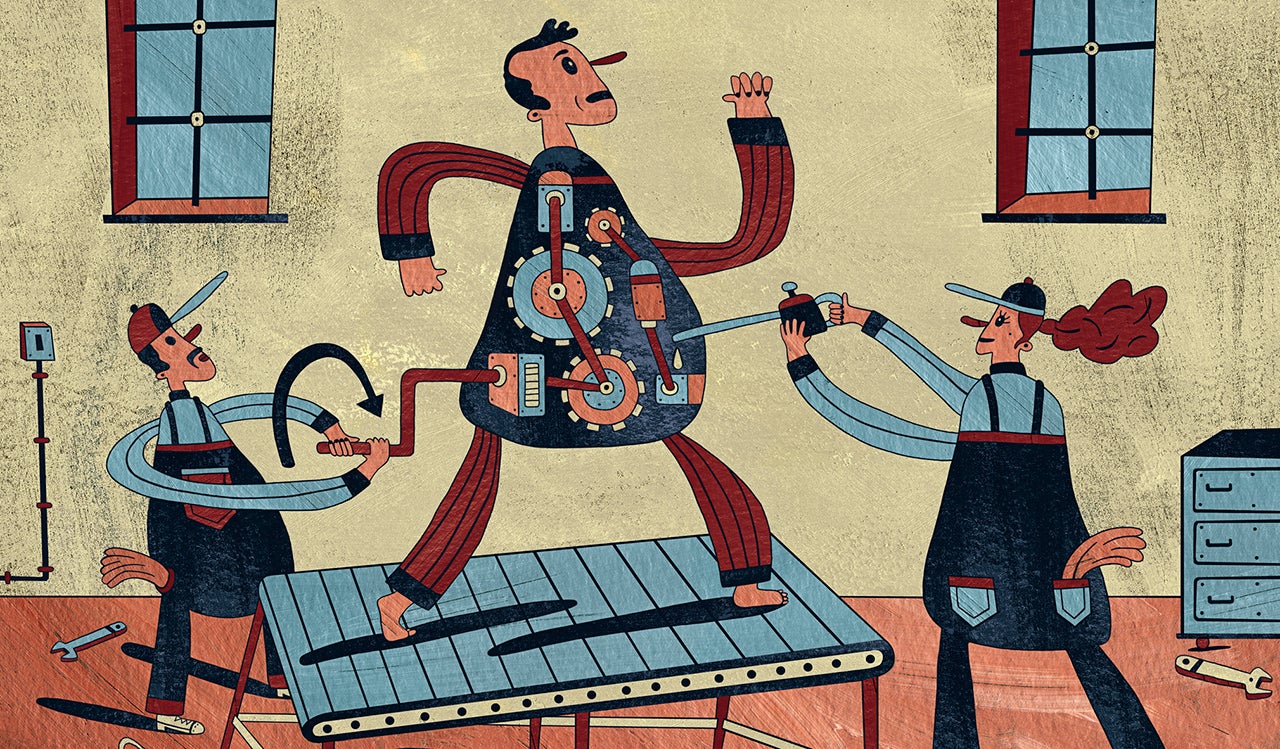 Some people are dramatically better at activities like sports, music and chess than other people. Take the basketball great Stephen Curry. This past season, breaking the record he set last year by over 40 per cent, Curry made an astonishing 402 three-point shots — 126 more than his closest challenger.

What explains this sort of exceptional performance? Are experts “born”, endowed with a genetic advantage? Are they entirely “made” through training? Or is there some of both?

This question is the subject of a long-running debate in psychology, and is the focus of the new book Peak: Secrets from the New Science of Expertise by Florida State University psychologist Anders Ericsson and science writer Robert Pool.

In a 1993 study, Ericsson and his colleagues recruited violinists from an elite Berlin music academy and asked them to estimate the amount of time they had spent engaging in “deliberate practise” across their musical careers.

Deliberate practise, as Ericsson and his colleagues have defined it, includes training activities that are specifically designed to improve a person’s performance in an endeavour like playing an instrument. These activities require a high level of concentration and aren’t inherently enjoyable. Consequently, the amount of deliberate practise even experts can engage in is limited to a few hours a day.

For example, by age 20, the most accomplished group of violinists had accumulated an average of about 10,000 hours of deliberate practise — or about 5000 hours more than the average for the least accomplished group. In a second study, Ericsson and colleagues replicated the finding in pianists.

On the basis of the studies, these researchers concluded that deliberate practise, rather than talent, is the determining factor for expert performance. The researchers wrote that they “reject any important role for innate ability”.

We can’t find any sort of limiting factors that people really can’t surpass with the right kind of training. With the exception of body size: You can’t train to be taller.

Is It All About Training?

Based on this evidence, the writer Malcolm Gladwell came up with his “10,000-hour rule” — the maxim that it takes 10,000 hours of practise to become an expert in a field. In the scientific literature, however, Ericsson’s views have been highly controversial from the start.

Practice does indeed matter — a lot and in surprising ways. But it would be a logical error to infer from the importance of practice that talent is somehow irrelevant, as if the two were in mutual opposition.

So How Important Is Training?

For our part, working with colleagues around the world, we have focused on empirically testing Ericsson and colleagues’ theory to find out more about the relationship between deliberate practise and performance in various domains.

A 2014 study led by Case Western Reserve University psychologist Brooke Macnamara used a statistical tool called meta-analysis to aggregate the results of 88 earlier studies involving over 11,000 participants, including studies that Ericsson and colleagues had used to argue for the importance of deliberate practise.

Each study included a measure of some activity that could be interpreted as deliberate practise, as well as a measure of skill level in a domain such as music, chess or sports.

In concrete terms, a key implication of this discovery is that people may require vastly different amounts of deliberate practise to reach the same level of skill.

A more recent study synthesised the results of 33 studies to understand the relationship between deliberate practise and performance in sports at a more detailed level.

Training Isn’t the Only Factor

As we discuss in a recent review article with behavioural geneticist Miriam Mosing, this evidence tells us that expertise — like virtually all phenomena that psychologists study — is determined by multiple factors.

Training history is certainly an important factor in explaining why some people are more successful than others. No one becomes a world-class performer without practise. People aren’t literally born with the sort of specialised knowledge that underpins skill in domains like music and chess. However, it now seems clear that training isn’t the only important factor in acquiring expertise. Other factors must matter, too.

What might these other factors be? There are likely many, including basic abilities and capacities that are known to be influenced by genes.

In a 2010 study with psychologist Elizabeth Meinz, 57 pianists ranging in skill from beginner to professional estimated the amount of deliberate practise they had accumulated across their musical careers, and took tests of “working memory capacity”. Working memory capacity is the ability to focus one’s attention on information critical to performing a task by filtering out distractions.

The pianists then attempted to sight-read pieces of music (that is, to play the pieces without preparation) on a piano in the lab. The major finding was that working memory capacity was a factor in the pianists’ success in the sight-reading task, even among those with thousands of hours of deliberate practise.

Our research on twins further reveals that the propensity to practise music is influenced by genetic factors. This research compares identical twins, who share 100 per cent of their genes, to fraternal twins, who on average share only 50 per cent of their genes. A key finding of this work is that identical twins are typically more similar to each other in their practise histories, as well as their scores on tests of basic music aptitude, than fraternal twins are to each other. For example, it’s more likely to find a pair of identical twins who have both accumulated over 10,000 hours of practise than a pair of fraternal twins who have both accumulated this amount of practise.

This discovery indicates that, while extensive practise is necessary to become a highly skilled musician, genetic factors influence our willingness to put in that practise. More generally, this research suggests that we gravitate toward and persist at those activities that we have an aptitude for from the outset.

Research by other scientists is beginning to link expert performance to specific genes. In a groundbreaking series of molecular genetic studies, the University of Sydney geneticist Kathryn North and her colleagues found that the ACTN3 gene, which is expressed in fast-twitch muscle fibres, correlates with high-level success in sprinting events. Based on these findings, North and her colleagues have called ACTN3 a possible “gene for speed”.

How Can People Excel?

In view of this evidence, we have argued that the richness and complexity of expertise can never be fully understood by focusing on “nature” or “nurture”.

For us, the days of the “experts are born versus made” debate are over. The task before us is to understand the myriad ways that experts are born and made by developing and testing models of expertise that take into account all relevant factors, including not only training but also genetic influences.

From a practical perspective, we believe that this research will provide a scientific foundation for developing sound principles and procedures for helping people develop skills. As sports science research is already starting to demonstrate, it may one day be possible to give people accurate information about the activities in which they are likely to excel, and develop highly individualised training regimens to maximise people’s potential.

Far from discouraging people from following their dreams, this research promises to bring expert performance within the reach of a greater number of people than is currently the case.

Image by Philby Illustration via Getty.