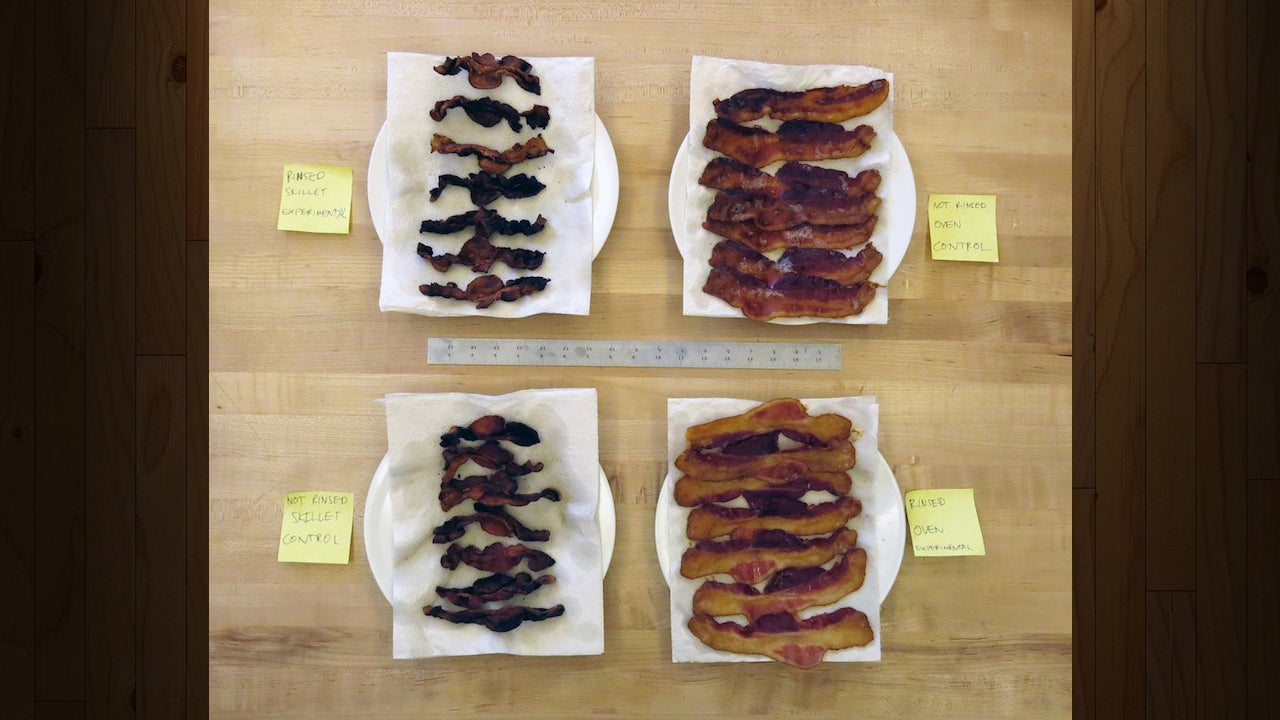 Bacon is delicious, and keeping it from shrinking when cooking is a popular topic. Instructables user craftclarity wanted a more scientific, rigorous approach to keeping bacon from shrinking, so he put a number of popular tricks to the test. Which was the best? The good old oven.

At the end of the day, the best way to keep your bacon from shrinking when cooking is to cook it low and slow in the oven. Craftclarity tested the rinsing method before baking and frying, complete with some control bacon that wasn’t rinsed at all. He also tested whether or not you’d get maximum flavour from your bacon by only baking it for 10 minutes at 185 degrees C, as all of the tips suggest. It turns out that the water rinse isn’t effective — it certainly helped, but claims that it will keep shrinkage down by up to 50 per cent are exaggerated.

The experiment also (rather predictably) discovered that lower temperatures are fine, as long as you bump up the cooking times. The 10 minute/185 degree cooking time was way too short, and resulted in practically raw bacon. They bumped up the cooking time to a more reasonable 30 minutes in the oven, and compared to the package instructions of 8-10 minutes in a pan. The control bacon for each experiment went in, followed by the bacon that had been rinsed and then patted dry.

The result? No significant change in bacon shrinkage regardless of cooking method. In fact, if the experiment proved anything, it’s that to minimise bacon shrinkage, you should cook your bacon in the oven. There was little size difference between the rinsed and unrinsed bacon, but flavour-wise some of the testers noted the rinsed bacon tasted “drier.” That makes sense since you wash some of the delicious, flavour-transferring fat off of the bacon before cooking, which makes it crunchier, but not necessarily better. Bottom line? The oven is your — and your bacon’s — best friend. Hit the link below to see the entire experiment.