Edible leaves, commonly referred to as “lettuce” or “greens,” are often used as the foundation of a salad, and for decent reasons. Leaves provide colour, texture, and nutrients, but they don’t “have” to be involved. It is entirely possible to eat a pile of vegetables doused in dressing, without any lettuce at all.

In fact, making a leaf-less salad not only expands your concept of what a “salad” could be, it makes you a more creative, more adaptable cook and vegetable-eater by removing a component you may have been leaning on a bit too heavily.

Use a cruciferous vegetable

While it is true that a lot of cruciferous vegetables have leaves, there are several that don’t (broccoli, cauliflower, and that weird hybrid thing), as well as a few that have leaves that don’t behave in a lettuce-y kind of way (Brussels sprouts).

Pick cruciferous base — broccoli is already a pretty popular salad base in its own right — and blanch or roast it, depending on the vibe you’re trying to cultivate. A lot of broccoli salad recipes call for chopped, raw broccoli, but I find the dry, fibrous texture of raw broccoli pretty unpleasant, even when coated with mayo. If working with Brussels sprouts, shred and salt to soften, or quarter and roast for a heartier base.

Once you’ve taken the raw edge off your veg, or roasted the hell out of it to develop even more flavour, add a cheese (or, if you’re vegan, some nutritional yeast, or a cashew-based cheese sub), something salty and crispy (like bacon, or fried onions), more vegetables (alliums are a must, but radishes are underrated in this capacity), perhaps even a fruit. Toss it all with an acidic vinaigrette. (You know I love a mayo-based salad, but that’s not what we’re doing here today.)

Pile it on a bowl of grains

The line between a grain “bowl” and a grain “salad” is a fuzzy one, but I think it is a matter of portions and distribution. A grain bowl contains a smaller amount of grains that sit on the bottom of the bowl, with proteins and other stuff on top of those grains. Sometimes a sauce is involved, but rarely a dressing. Grain salads are mostly grain, tossed with dressing and herbs, and punctuated with a few vegetables and fruits. These are just trends I have noticed, but there are no hard and fast rules with either.

There are a lot of recipes out there for both grain salads and bowls, but you can turn any salad into a grain salad by removing the lettuce and replacing it with a cup or so of cooked grains. It’s particularly good as a base for an Italian chopped salad, especially when tossed with a whole bunch of fresh oregano and parsley, and red wine vinaigrette. No matter which salad you choose, make sure you slice and dice your other ingredients so they are quite small — small enough to shovel into your mouth (shoveling is the correct motion for getting grains into your mouth).

Make it a fruit salad 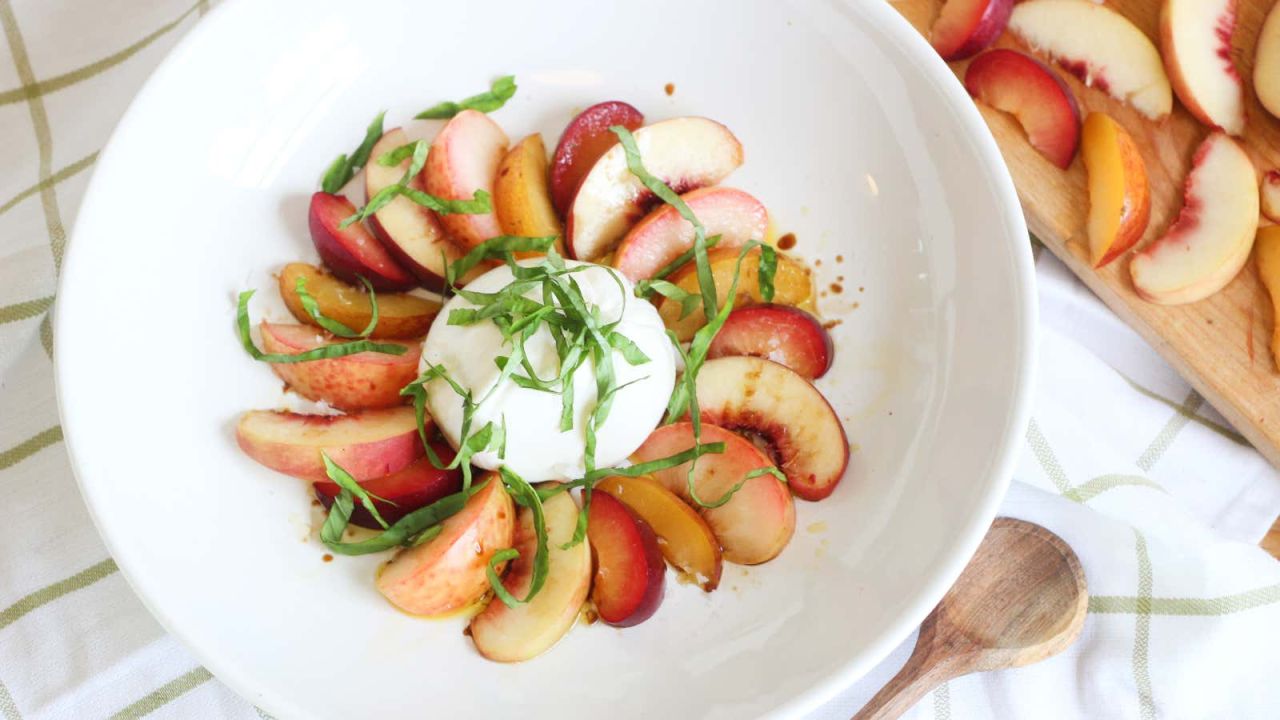 Fruit salads don’t have to be sweet. Savoury vinaigrettes let the fruit shine much more effectively than it does in the gloppy, marshmallow studded fruit salads you might be accustomed to. Ever heard of caprese? That’s a fruit salad, and it’s savoury. Not only does the caprese format work well with strawberries and stone fruit, the combination of fruit + cheese + herb can be used to turn nearly any fruit (with the exception of, like, bananas) into a savoury salad masterpiece. I’ve shared my suggestions before, but just to recap, I’ll re-share a few of my favourites:

Get a root vegetable involved

I am sure you’ve heard of potato salad, but not all potato salad has to be a mayo-drenched affair. Roasted potatoes, tossed with an acidic dressing and a whole bunch of herbs, alliums, and other vegetables (fellow roots like radishes and thinly-sliced beets are a favourite) and crispy roasted mushrooms make an extremely hearty, but still plant-heavy, salad. (This strategy works just as well with sweet potatoes.)

Beets are another obvious root veg base. I like to salt roast a whole mess of them, then slice or chop them up and keep them in the fridge until I require them. Add some toasted pecans, a bunch of fresh parsley, red onion, some tiny tomatoes, and a little goat cheese, and I have a very satisfying lunch salad or a nice light dinner.

Just raid your fridge and chop it all up

Sometimes the salad you need is the salad you already have, lurking in the various compartments of your fridge, waiting to be assembled. As long as you have one sturdy and/or crunchy vegetable, you’re golden.

Take all the produce out of your fridge, including the pickled stuff, and chop it all up into smaller-than-bite-sized pieces. Include an allium of some kind, be it a single green onion or that last quarter of that red onion you’ve been meaning to use up. Check your pantry for any dried fruit or nuts and add those too.

Grab last night’s roasted chicken, shred it, and crisp up the skin for crunch. If you don’t have any chicken, thinly sliced, cold leftover steak or pork works well, as does a can of preserved tuna, or a humble boiled egg.

If you have lettuce languishing in your fridge then, by all means, let it into the bowl — just know that you don’t need it. (And make sure the bowl is a big mixing bowl. It’s the only salad vessel you need.)