Scrambled eggs, as a concept, are very straightforward, but there are endless ways you can tweak them to manipulate their flavour and consistency. I do not claim to know them all (I just said, they are endless), but I do have a few favourites I turn to time and again — for both fluffy and creamy scrambles — and I’d love to share them with you now. 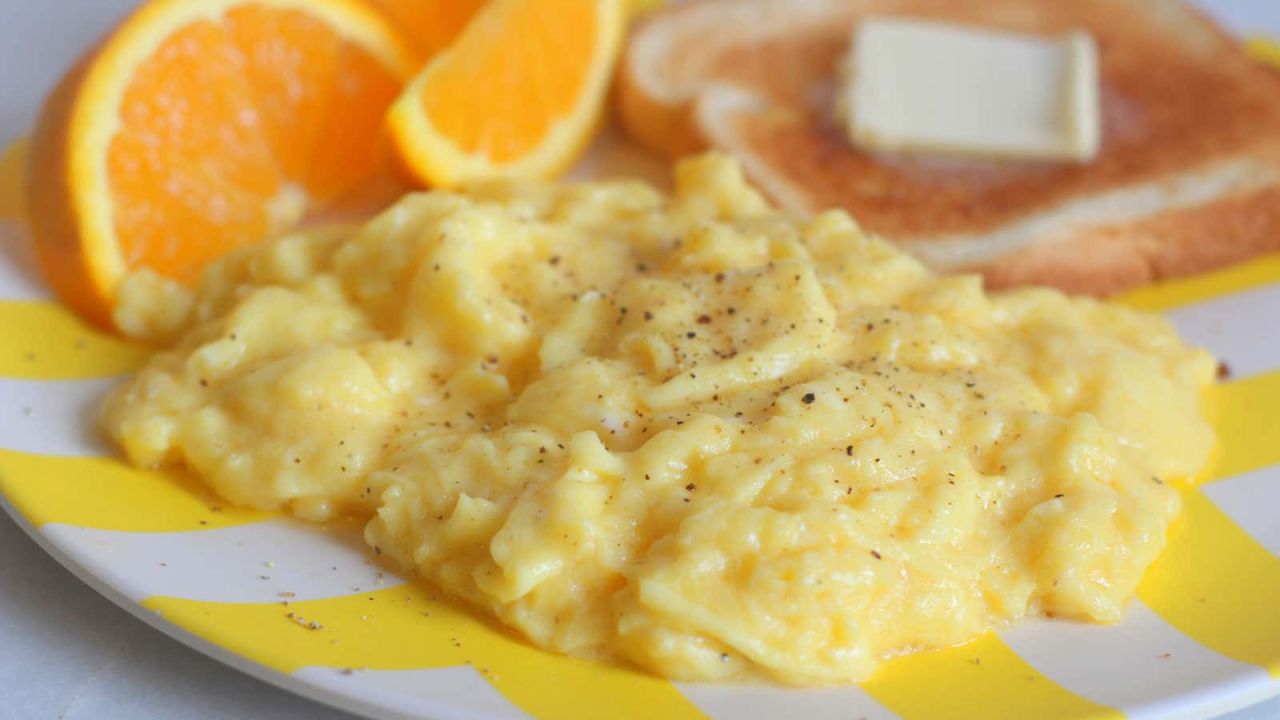 If I could offer you only one piece of advice regarding scrambled eggs, it would be “Add cornstarch.” When whisked with a little cream to create a slurry, the common thickening agent produces the most tender, creamy, almost velvety pile of scrambled eggs. They’re so rich, they almost taste cheesy, or perhaps like they were slowly cooked for a long time over very low heat — only they come together in just a few minutes, instead of three quarters of an hour.

Fluff ‘em up with cream of tartar 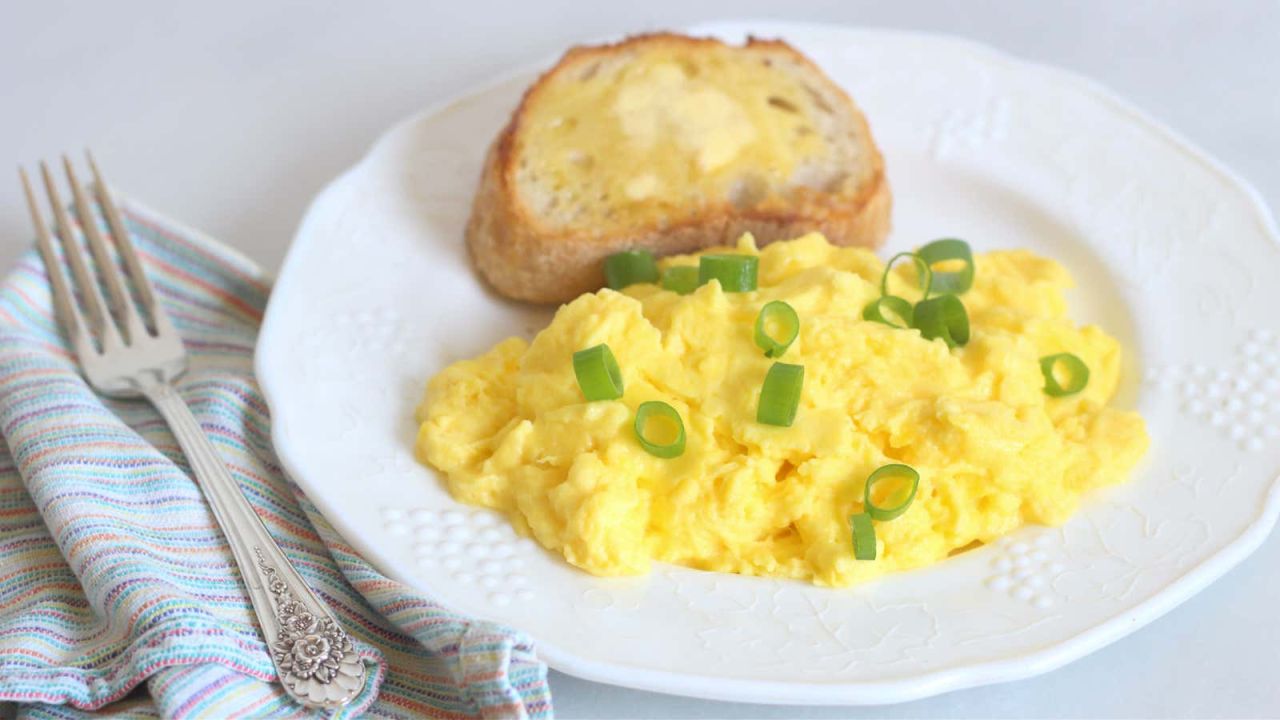 Cream of tartar is known for its ability to stabilise the whipped structure of lofty meringues and piles of whipped cream, and there’s no reason it can’t do the same for a pile of fluffy scrambled eggs. You don’t need much — just an eighth of a teaspoon for every two eggs (plus a little salt for flavour). Whisk it all together — use an immersion blender for best results — until the eggs have lightened in colour and the mixture is nice and foamy, then pour them into a pan of hot butter and scramble them in long, sweeping motions. 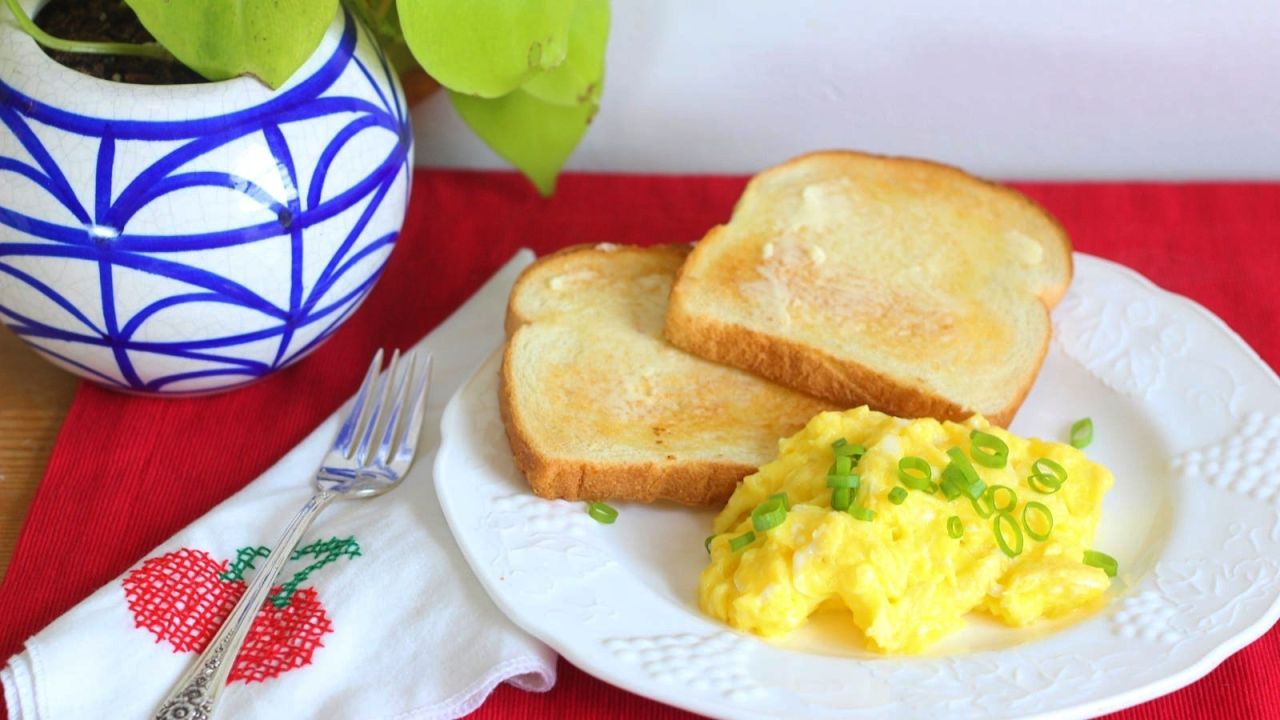 The yolk is the best part of the egg. Yolks bring fat, flavour, and moisture, and adding extra lets you cook them over high heat without drying out your scramble. If you don’t know what to do with the extra whites you’ll be left with, I suggest whipping them into a cocktail.

Splash in a little mirin 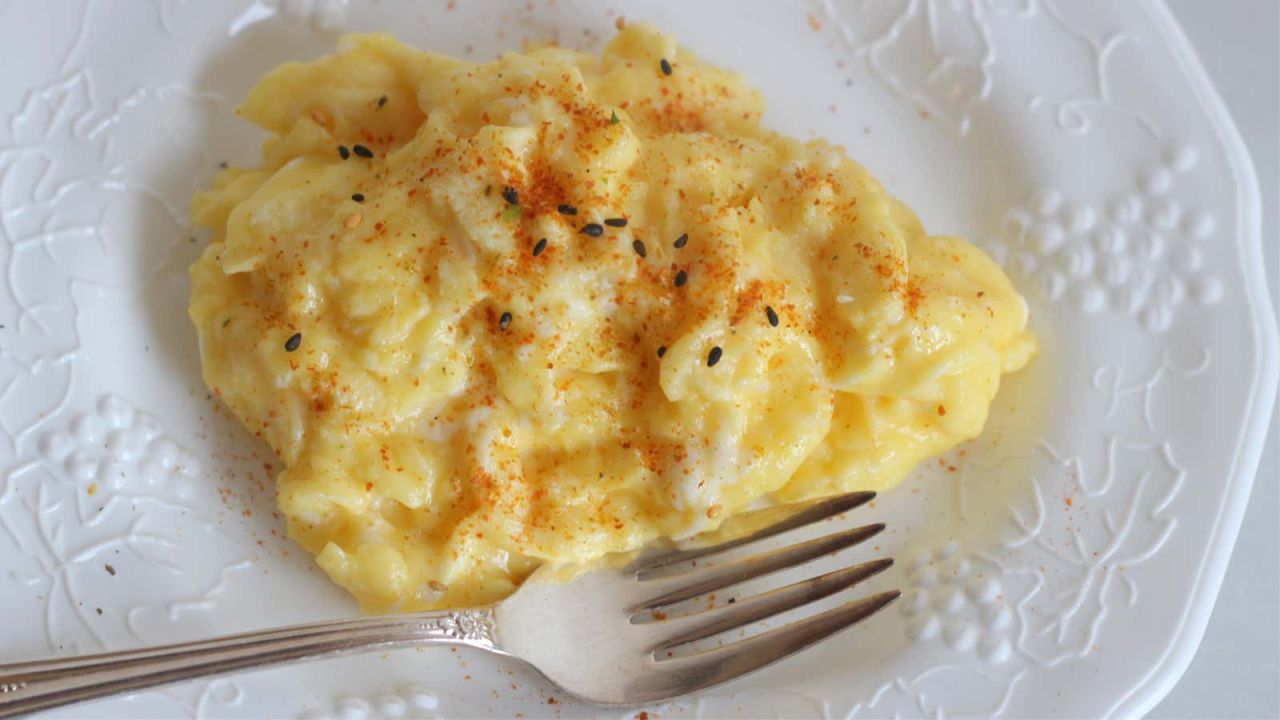 Mirin is the koji-fermented wine responsible for that kind of sweet, kind of savoury, completely delightful flavour you find in a wide variety of Japanese dishes, including tomagoyaki (the wonderful rolled omelet). If you are in the mood for that vibe but don’t have time to properly roll your omelet, you can splash a little mirin into your cracked eggs to impart that sweet, slightly funky flavour, then scramble them however you usually do.

Shake ‘em up in a jar 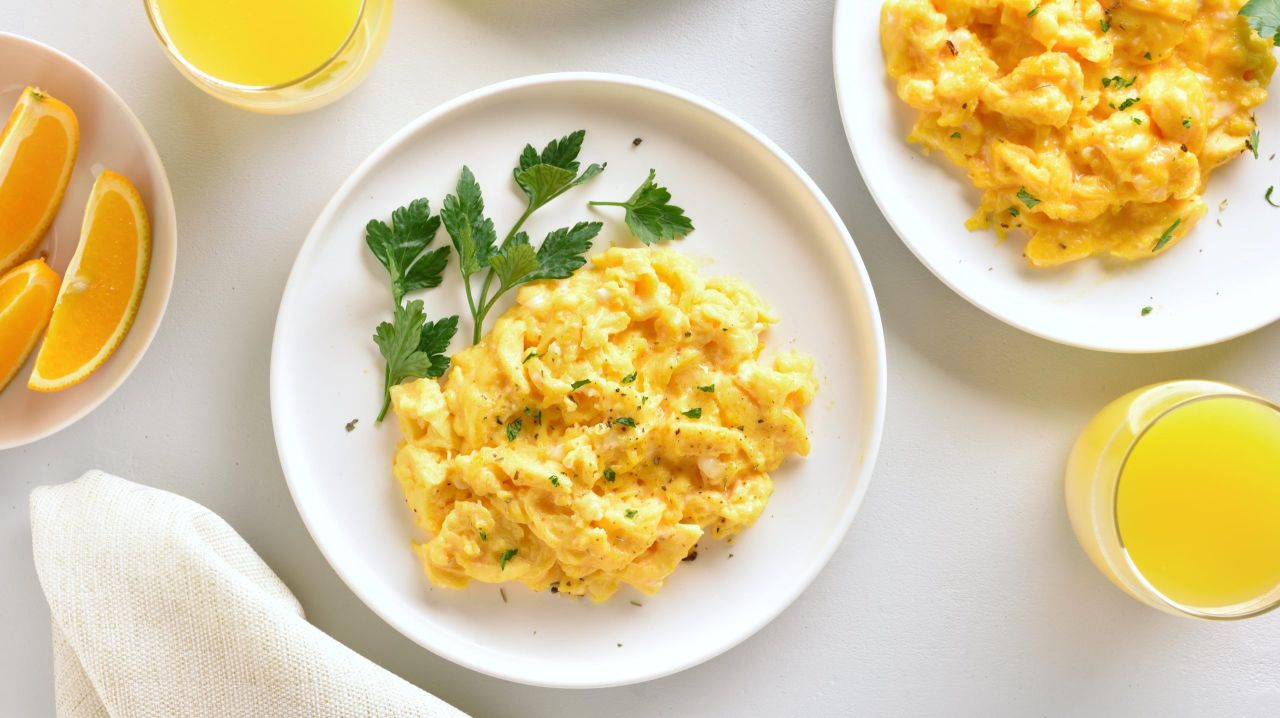 When it comes to emulsifying, I have found that shaking tends to do a better job than whisking. Putting things in a jar — or a plastic container with a lid — and shaking the heck out of it will not only give you a super smooth and emulsified vinaigrette, but a scramble that’s completely homogeneous in both colour and texture — all in about 10 seconds.

Make them taste cheesy without any cheese 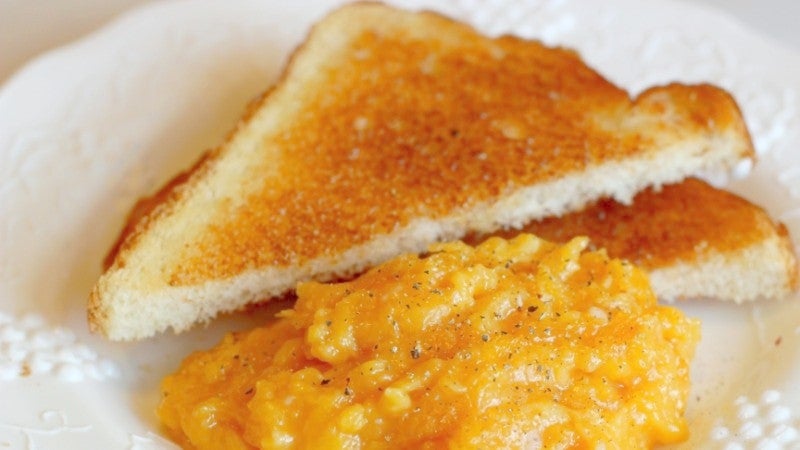 If you are a fan of super custardy scrambled eggs with the smallest of curds, I have the recipe for you. They take a while, but cooking them over the lowest possible heat lets the proteins slowly coagulate into a pile of eggs that’s so intensely yolky, vividly orange, and shockingly rich, you’ll swear there’s some cheese in there. 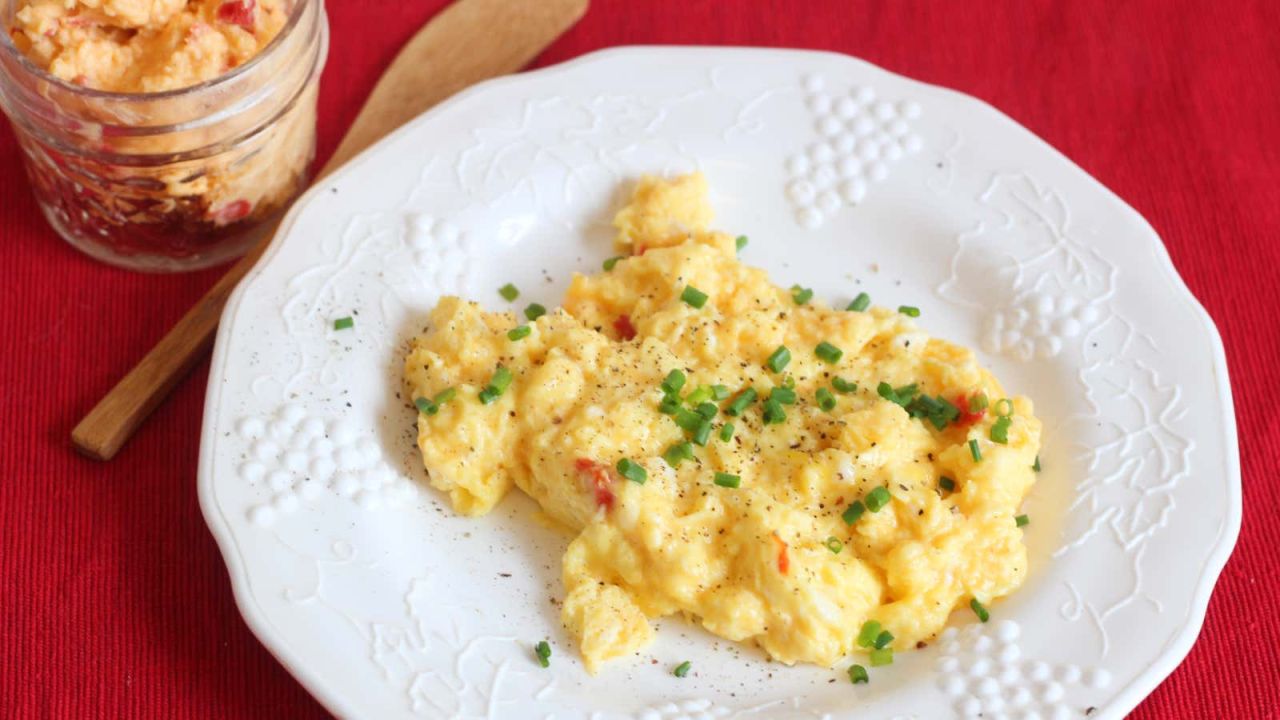 There is, of course, nothing wrong with adding cheese to one’s eggs, but some cheeses are better suited to the job than others, and each one does slightly different work. Shredded cheddars and the like make good “finishing cheeses,” but mixing in some ricotta, cream cheese, or — my personal favourite — pimento cheese before the eggs hit the pan will infuse them with flavour and give them a fantastic texture. 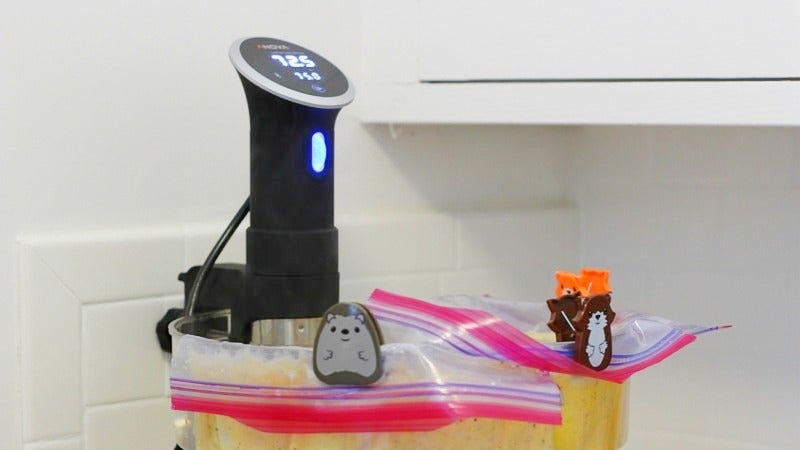 If you want the small, tender curds of a super slow scramble but don’t want to stand in front of the stove for the better part of an hour, I have great news: You can achieve startlingly similar results by chucking a bunch of eggs — up to two dozen — in a bag and sous vide-ing them. (You’ll have to agitate the bag every once in a while, but other than that it’s a pretty “set it and forget it” process.)