AirTags aren’t a thing yet — at least, not when we wrote this — but the oft-rumoured tracking devices, about the size of a coin, should debut soon. And when they do, Apple is already building security features into iOS 14.5 to prevent people from secretly tracking you by attaching a tiny tracker to your stuff (or dropping it in a bag, or however else some Mission Impossible wannabe might go about their spy games).

Within the iOS 14.5 developer beta is a new option, enabled by default, called “Item Safety Alerts.” You’ll find the setting in the “Me” section of the Find My app. And while you can turn it off, I wouldn’t recommended doing so for the rather obvious reasons Apple describes in its pop-up warning: 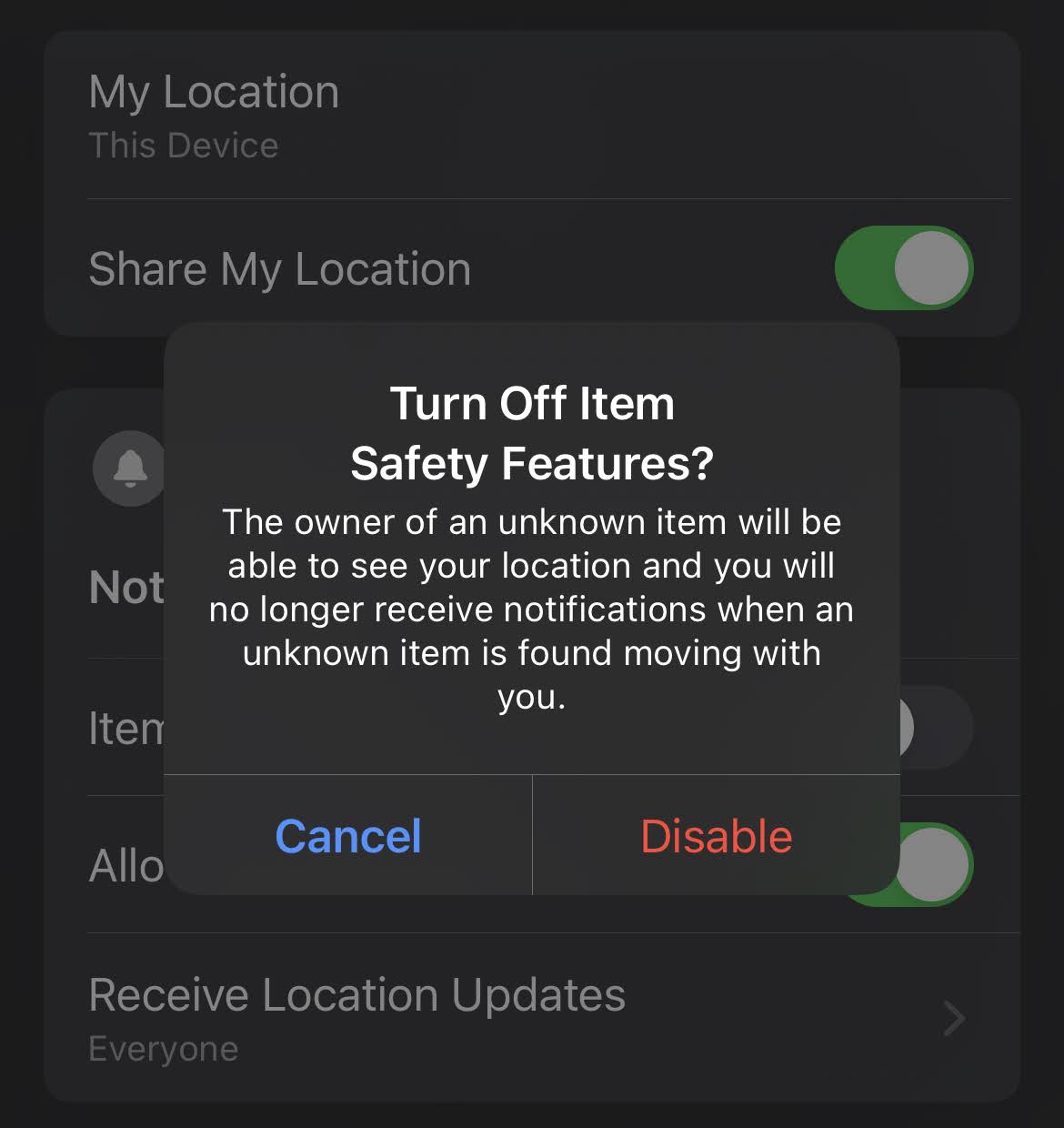 Though we’re just speculating at this point, I would assume that Apple’s integration would also allow it to alert you if a non-Apple tracker is moving around alongside your device’s general location. Apple announced back in 2020 that it was planning to open up “Find My” to third-party devices, like all the various Bluetooth trackers you can buy nowadays to keep your things safe. Ideally, this anti-stalking measure would work on any physical tracking device one’s iPhone could recognise.

Once the feature goes live — and AirTags make their official debut — you’ll be able to add and find trackable devices via the “Items” tab in Find My. Feel free to tap on that tab now, if you’re in the beta, to get a peek at what the starting screen might look like. 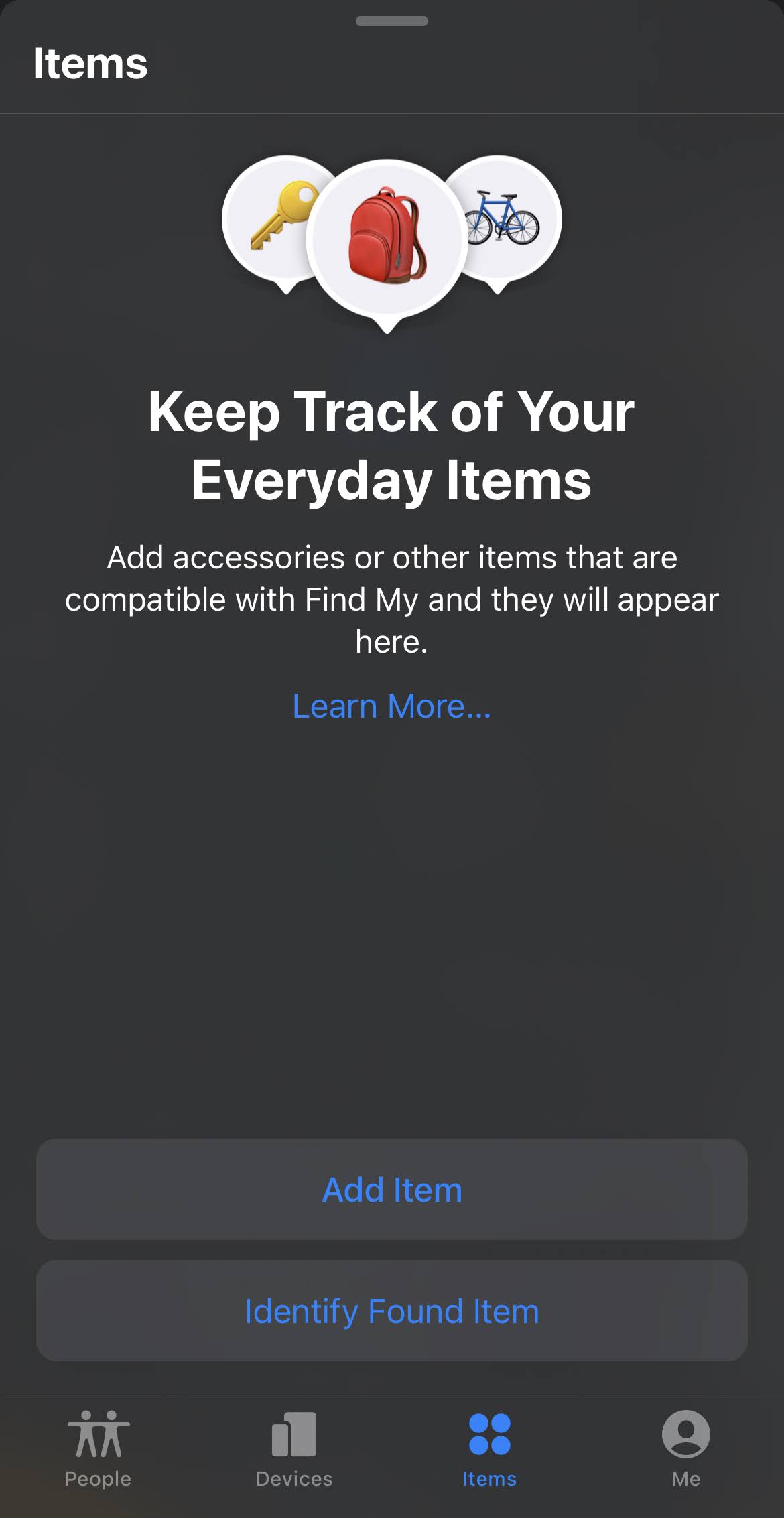 However, with nothing to add, there’s little you can do at the moment. 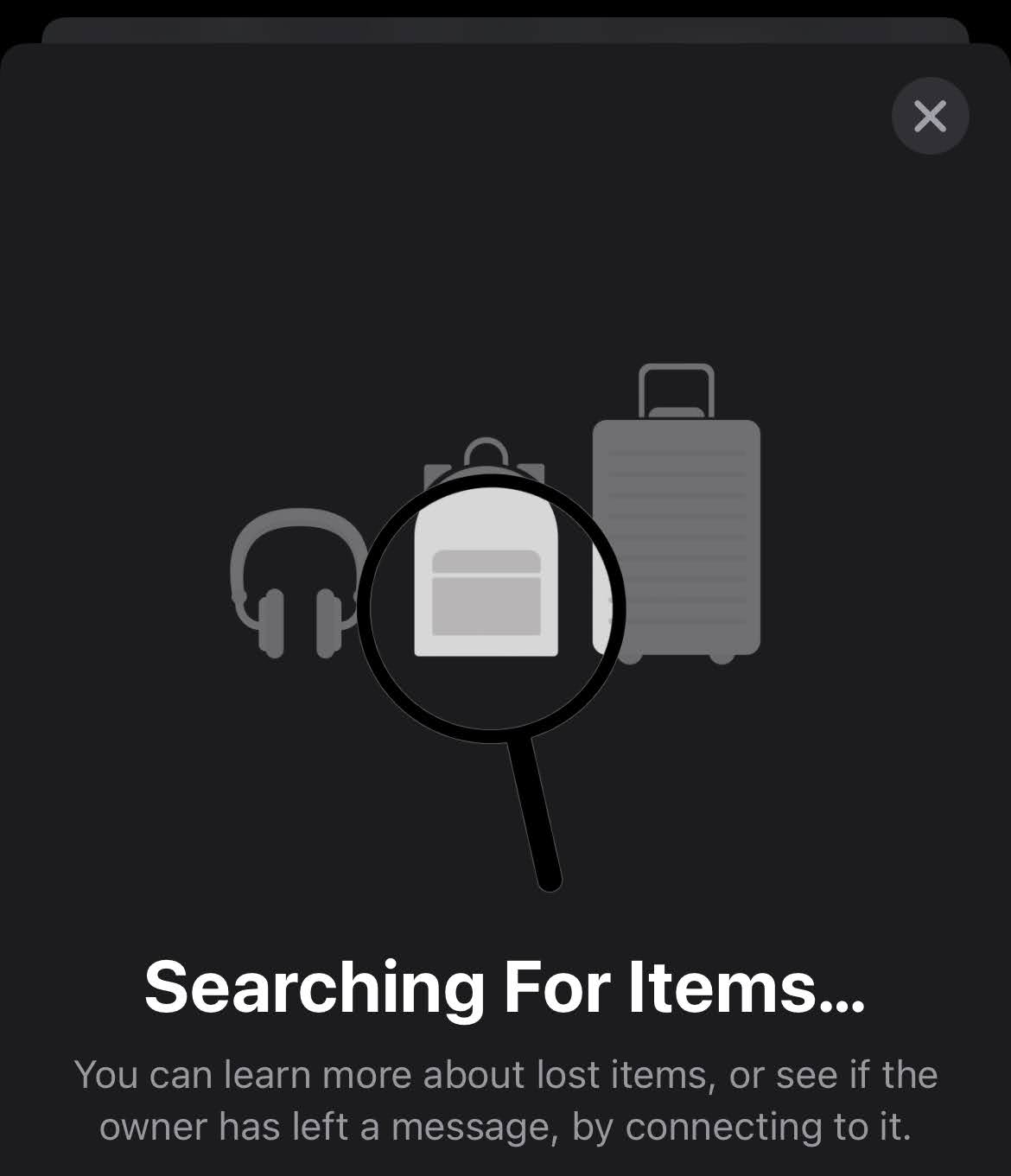 Apple’s next big product keynote is rumoured to take place on March 23, where we’ll allegedly see the debut of AirTags, as well as a potential new iPad Pro, Apple TV, and AirPods.

There’s no word yet on how much the ultra-wideband trackers might cost, but I suspect you’ll be paying a pretty penny — the Apple Tax, in other words — for the functionality they offer. That said, if they are based on a combination of Bluetooth and ultra-wideband connectivity, you’ll get much more accurate results for their location than mere Bluetooth: centimeters versus meters, basically. Combine that with a rumoured augmented reality interface in Find My that you’ll be able to use to pinpoint a lost device’s location, and that certainly sounds like a pretty great way to keep tabs on your stuff…or maybe just your expensive stuff. Here’s hoping they have a replaceable battery, at least, for their price.