You Need to Season Your Fake Meat

When it comes to meat substitutes like those made by Beyond Meat and Impossible Foods, I’ve noticed people a tendency to think of them as packaged, complete products, like frozen pizza rolls or chicken nuggets. Just cook, eat, et voila, not even the most discerning meat eater could tell they were eating — gasp — an imposter!

My father is a pseudo-vegetarian, though he does eat the occasional bird or fish. He’s recently gotten into animal-free, meat-like products — the man loves an Impossible Burger! — and I’ve been making his favourite food (spaghetti) with either ground turkey or some sort of meatless crumble instead of beef...

That’s a two-pronged misconception: First, I’d argue that meat substitutes shouldn’t really be expected to taste “just like meat,” but that’s perhaps a longer conversation; and second, Beyond and Impossible products should actually be seasoned just like raw beef. Instead of expecting them to taste revelatory straight out of the package, you should treat them like a canvas onto which you throw a crap-ton of spices. (I know, I know, I’m a white guy claiming that adding flavour to food with spices is a “hack,” but not enough of you are seasoning your Impossible Burgers.) 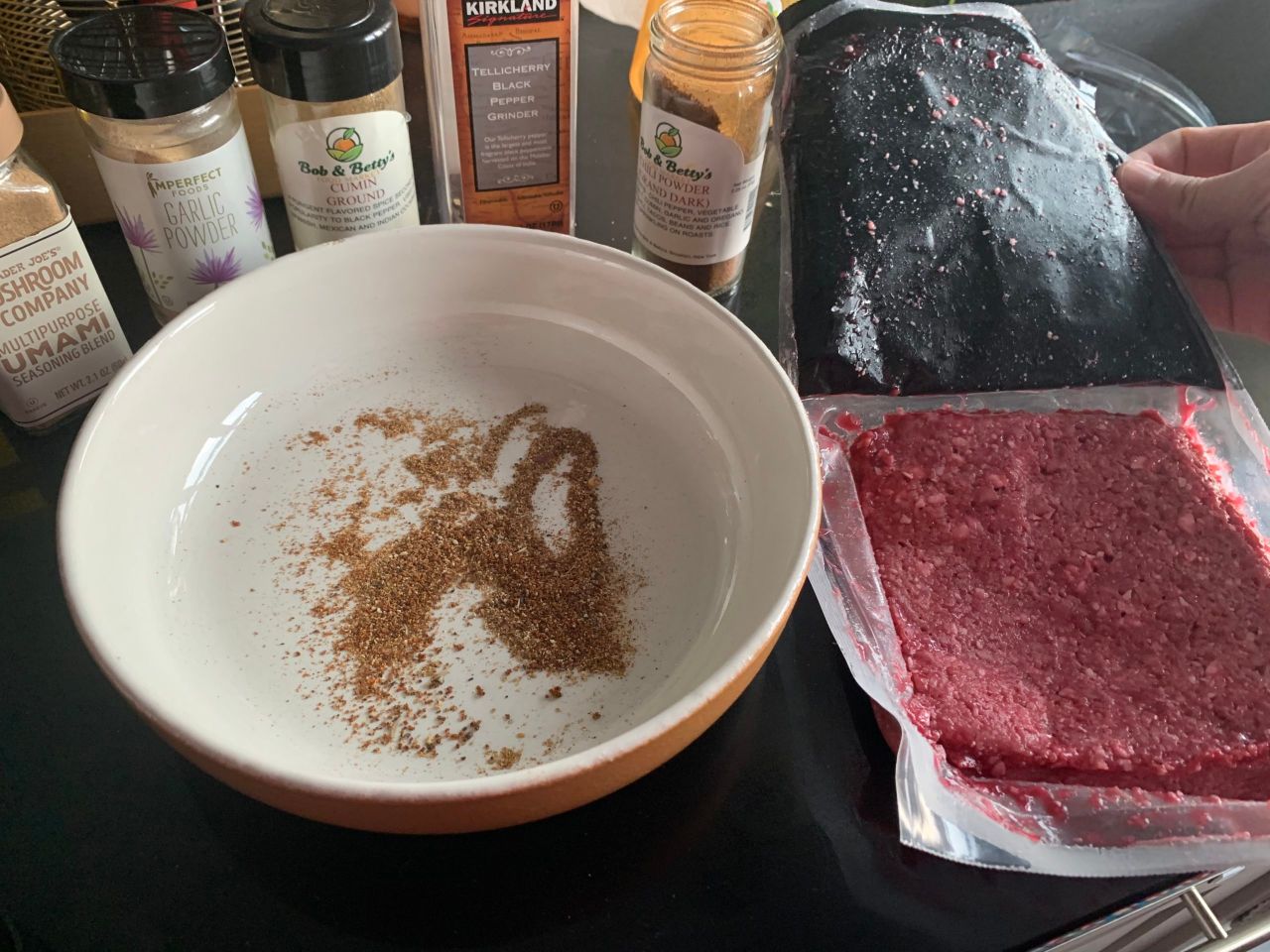 For a recent Impossible Burger night, here’s how I did it. Since I had the package of Impossible meat that isn’t pre-formed into patties, I dumped a mix of seasonings onto a plate and formed the patties there, allowing the meat to pick up the spices along the way. This method distributes the spices throughout the patty, rather than coating just the outside.

I went with a mixture of garlic powder, cumin, chilli powder, black pepper and Trader Joe’s mushroom umami seasoning. This combination, as you might guess, absolutely slapped, but it’s far from the only way to go. I want to try a more herb-y mixture soon, incorporating rosemary, thyme and garlic. If you don’t want to mess with fresh herbs or rifle through your spice cabinet, at least take a moment to sprinkle a few healthy pinches of salt on the outside of your not-beef patties. Vegetarians deserve flavour too. 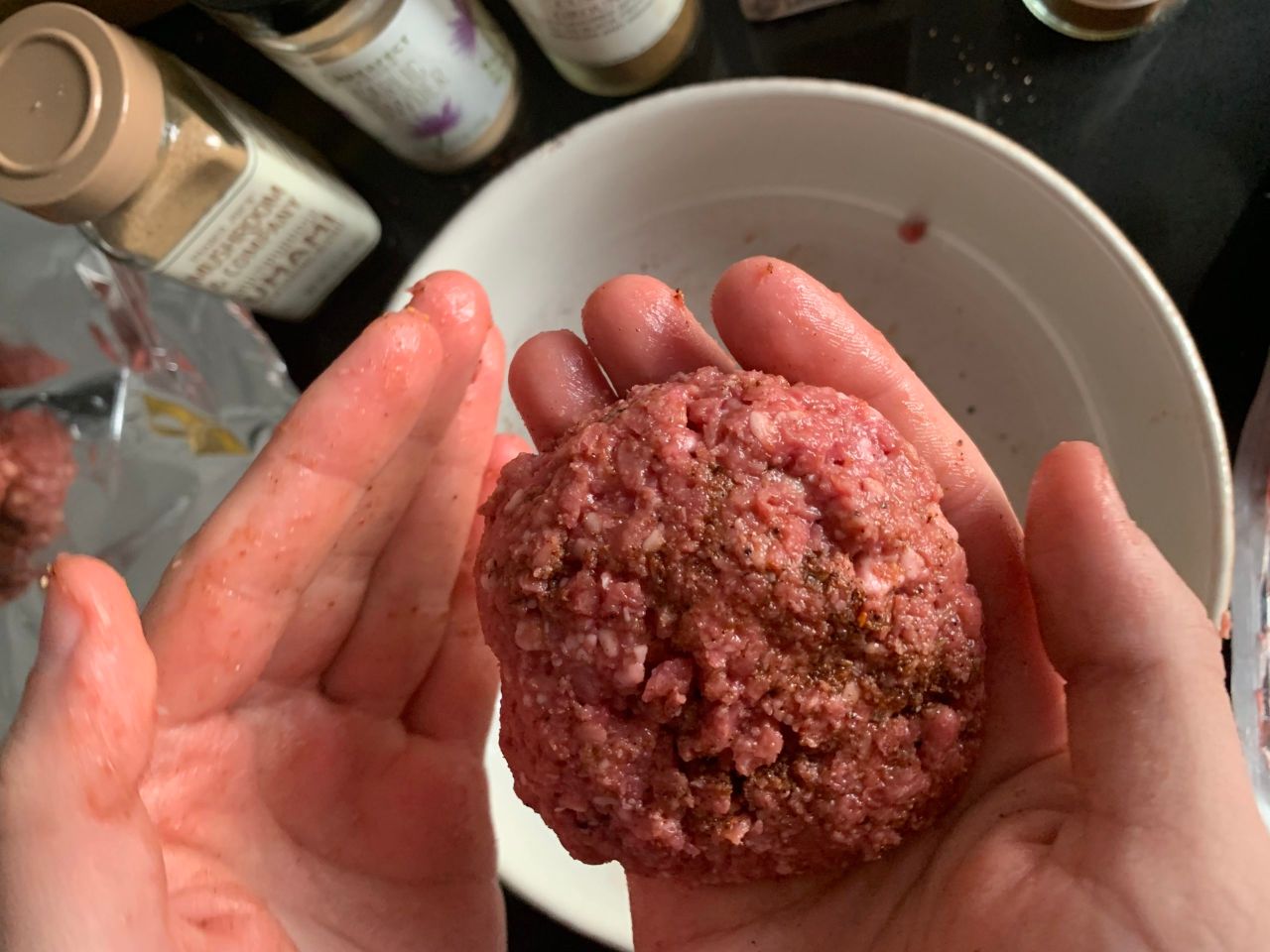 As someone who hasn’t eaten real meat in over ten years, this will never not freak me out a little. (Photo: Tim Mulkerin)

A standard package of Impossible meat makes three patties, so I formed two for me and my boyfriend, then dabbed up the remaining spices with the leftover “meat” and popped it in the fridge. (We tossed it into a stir fry the next day.)

After a few minutes on the stove at medium-high heat, these babies were ready to go, and while they didn’t taste “exactly like meat,” they tasted good, and that’s how dinner should taste.